This post is going to be huge, so there are a few facts I want to establish before I begin –

* The Healthy Living Summit (HLS) was fabulous and I had a wonderfully fun time.  However, since I didn’t have internet all weekend this is going to be a monster post and I’m not going to include as many details as I’d like.

* I met and hung out with some amazing people.  So many, in fact, that I think it makes the most sense for me not to link back to anyone.

* I snapped a photo of every piece of food that went into my mouth but I wasn’t so good on people or places; I was too busy enjoying those things to photograph them.

So, this happened exactly halfway between Buffalo and Philly –

Usually a picture of a flat tire would be followed by many four letter words but the only one I could think of was l-u-c-k.  My trip to Philly was greasy, two hours longer than planned and completely exhausting, but I actually started crying because I felt so grateful.  The things I am thankful for –

Isn’t the world amazing?  Before the whole debacle I drank a guava Rockstar for breakfast, 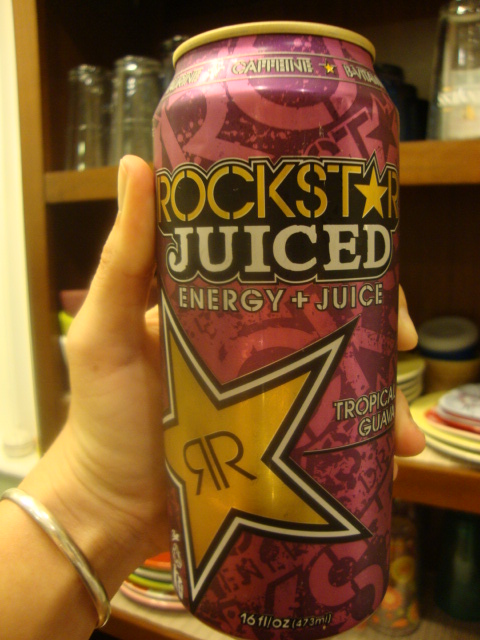 and afterwards I shakily ate the half turkey sandwich with cheese and cranberry mayo that I packed from the Co-op. 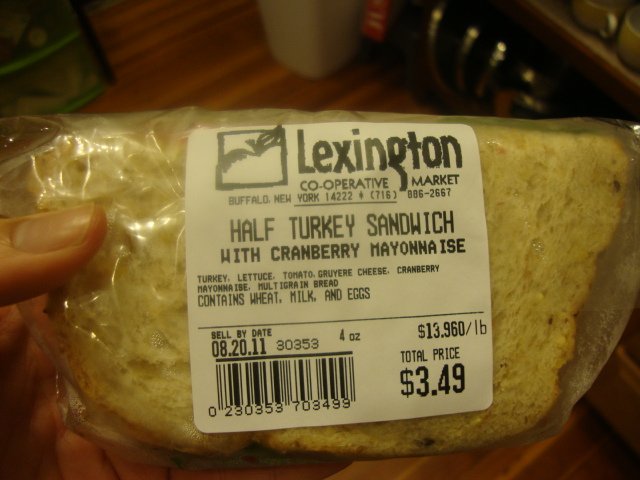 And I made it (with aching forearms) to Philly with time to shower and change before the HLS cocktail party.

The drinks, provided by Drink Chia, were super tasty.

This cocktail was a mix (I believe) of Drink Chia, strawberries, and vodka.  It tasted sort of like a bubble tea with mini bobba!

The food was pretty good as well. 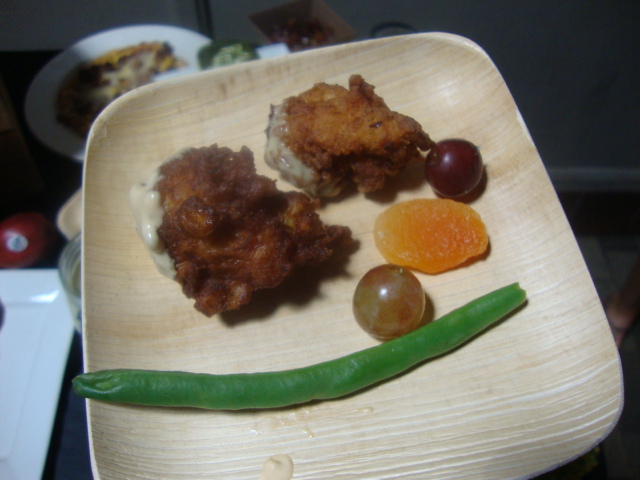 I had a corn and crab fritter, a piece of pretzel crusted chicken, a few small bites, plus another piece of the chicken.

Everything was tasty but there wasn’t quite enough sustenance for dinner so a few of us ended up in the hotel restaurant for a late night snack.

I went with the s’mores mousse shooter.

Plus I scarfed up one of the Lindt truffles they brought with the bill. 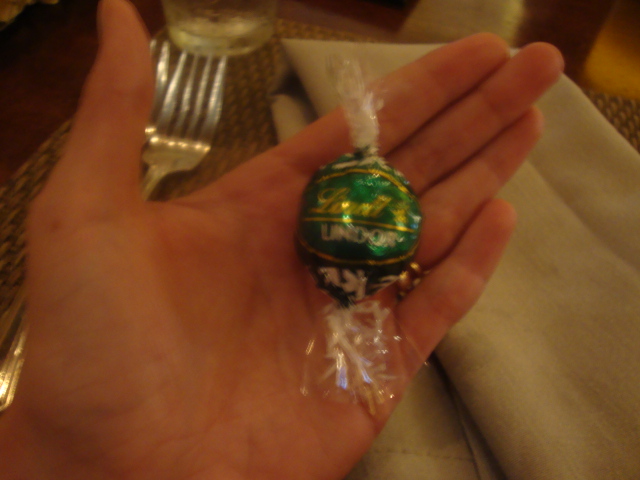 It was a sweet end to the first day.

The next morning (Saturday) we were up bright and early for breakfast.  Cereal with skim milk,

an Oikos drinkable yogurt with a juicy plum – sidenote, I feel like I had food dripping down my face this whole weekend! – 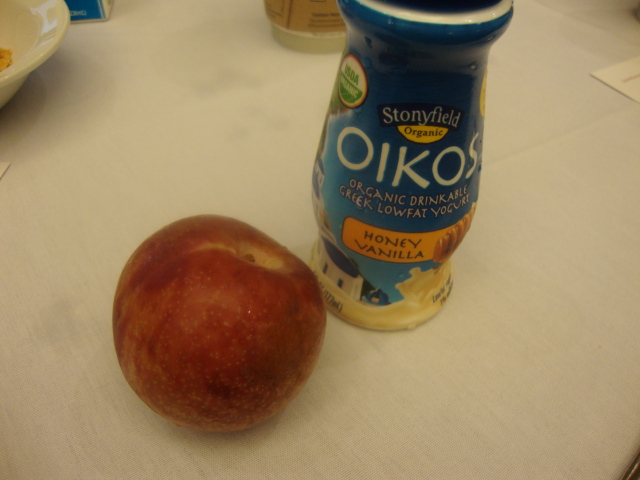 and a much-needed coffee. 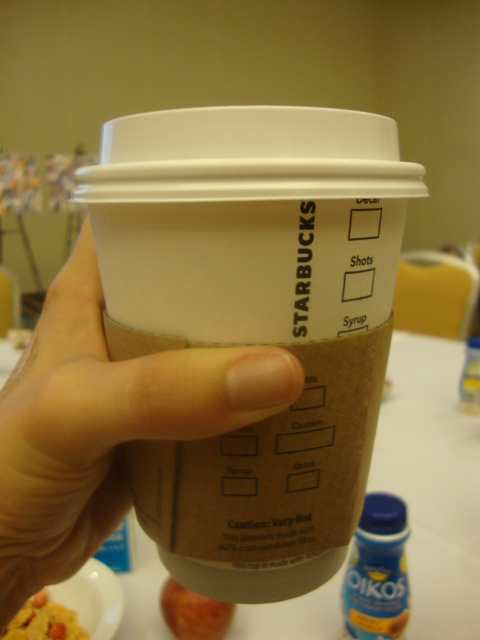 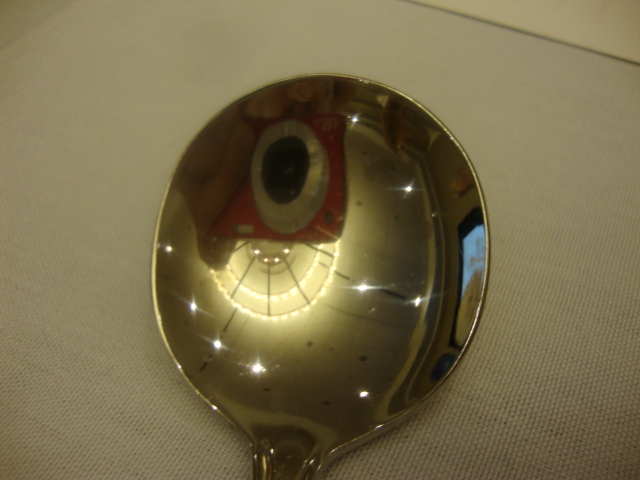 Though I did snag a shot of me with two of my roomies.

I didn’t love the Quaker Smashbar provided on the snack break so I only ate half of it. 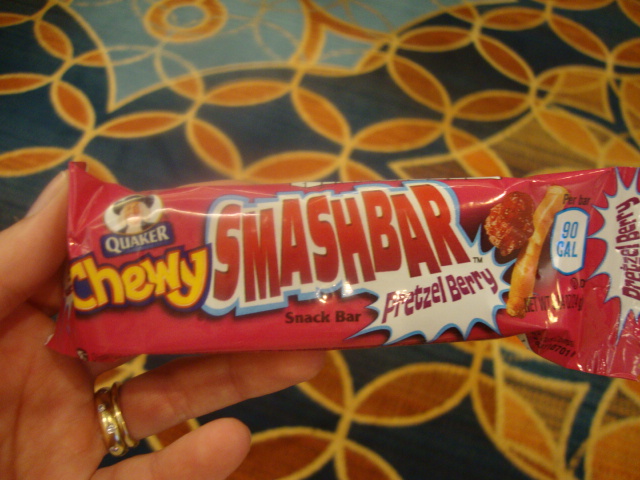 But I did love the RD Quaker provided as the key-note speaker.  She wrote a book on being a flexatarian and I loved her points about embracing plants more than avoiding meats.  In fact, all of the sessions were pretty darn informative and inspirational. 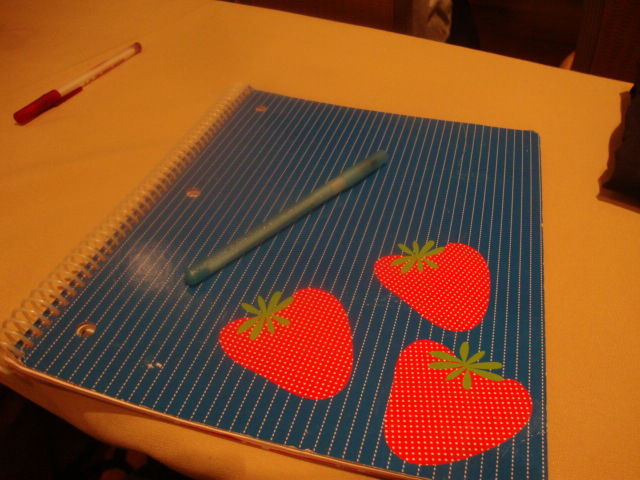 Before I knew it, it was time for lunch.

Side salad for greens,

quinoa salad, which had some sort of acid component that took it over the top, 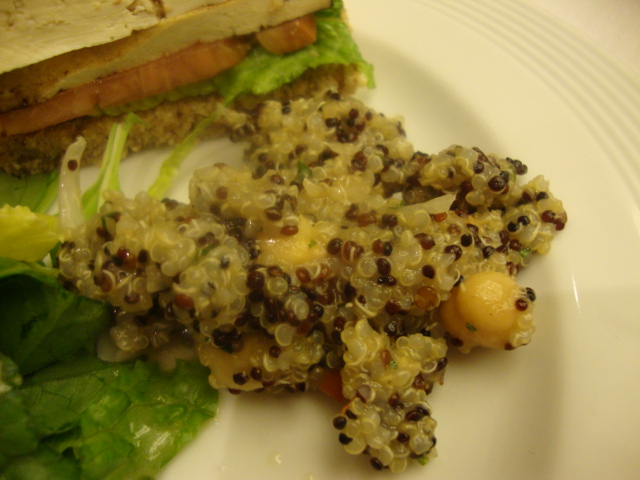 and half a tofu sandwich on Great Harvest bread, squeal! 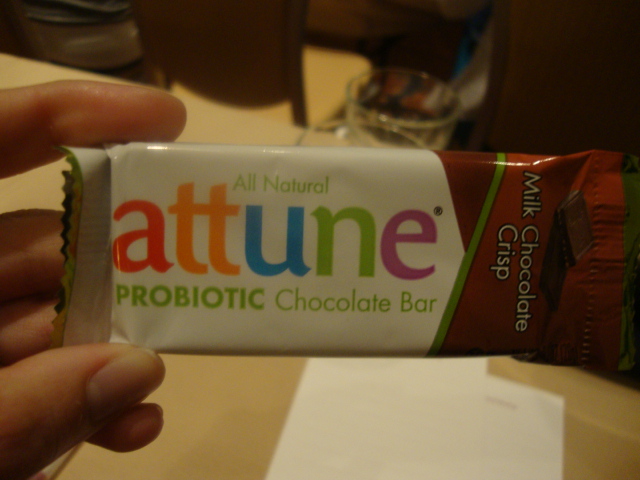 I had no idea these would be so delicious!  I was very excited to see some coupons in my swag bag.

After the sessions we went to do some city exploring.

Here are all my roomates, 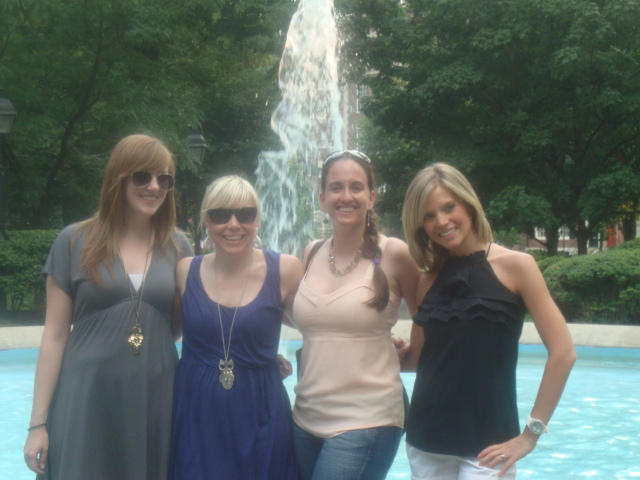 and here is the Liberty Bell. 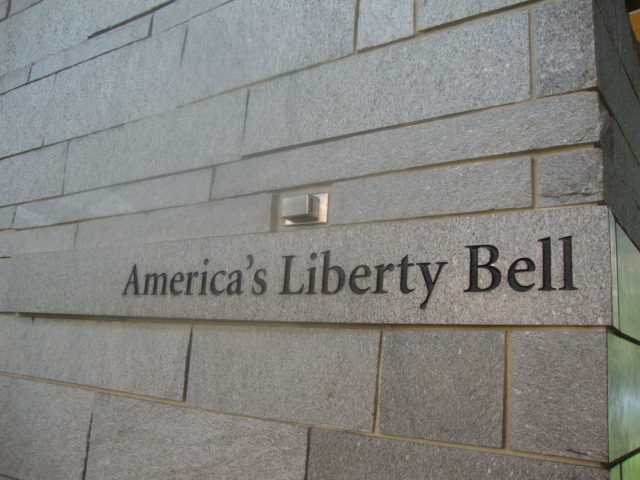 I’m glad we sight-saw in the way that we did, because our travels took us to Farmacia for dinner. 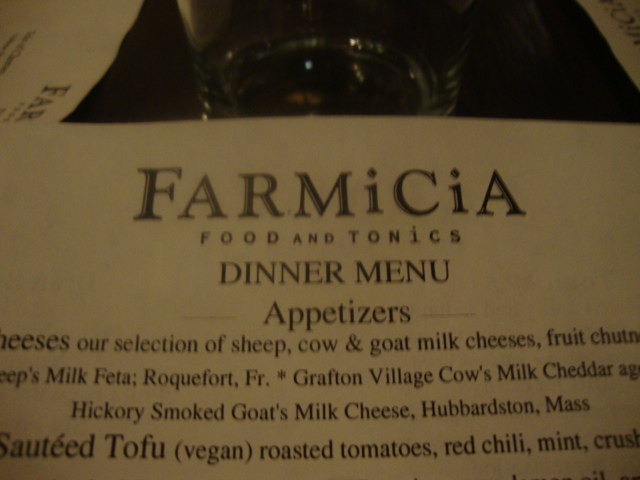 Yum, seriously just yum x 1000.  The wait staff was so sweet and accommodating of our 12-person party, the space was adorable, and the food was delicious.

I was ravenous and I think my heart actually skipped a beat when this bread and herbed butter were brought to the table.

I ate this slice times two.

Since it was a vacation I went with a John Daly to drink.

Sweet tea vodka and fresh squeezed lemonade, yes please!  A few people sipped my drink and we all agreed it was the best Arnold Palmer ever.

And then came the food.  Which was basically ridiculous. 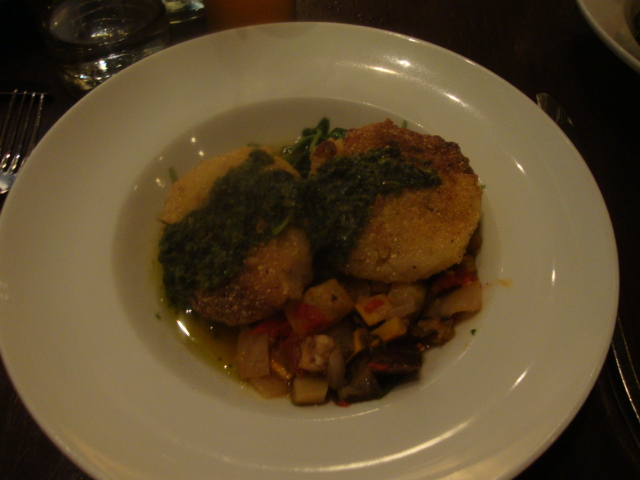 I ordered the sweet corn and risotto croquettes.  Which came with garden veggie ratatouille,

and sautéed spinach that blew my mind.  It must have been the butter sauce that was floating on my plate.

The spinach was the best thing I ate all weekend, but the croquettes were perfect too; crunchy and creamy all at the same time.  I ate 1.5 croquettes and all of my veggies and was basically in heaven.

You know I have to get self-serve froyo if I’m in a new city.

I got peanut butter, cream cheese (!!), and tart, topped with all the berries, caramel sauce, and sprinkles.

Fueled by sugar, a group of us stayed up until practically 3am!  Normally a 3 am bedtime and 8 am Sunday workout would feel brutal, but I think I was too excited to be tired.  I don’t have any pictures, but I did participate in the HLS 5k.  A huge group walked/ran around the city including the Rocky steps.

When we got back it was time for oatmeal. 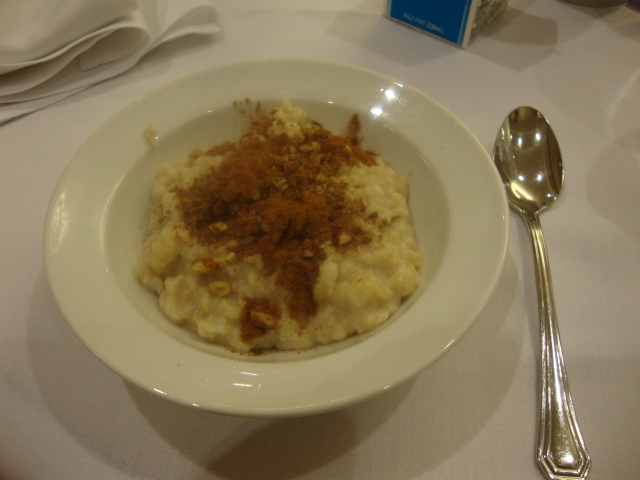 Topped with flax, cinnamon, and walnuts.

I also had about a billion mugs of Tazo Earl Grey tea with skim milk. 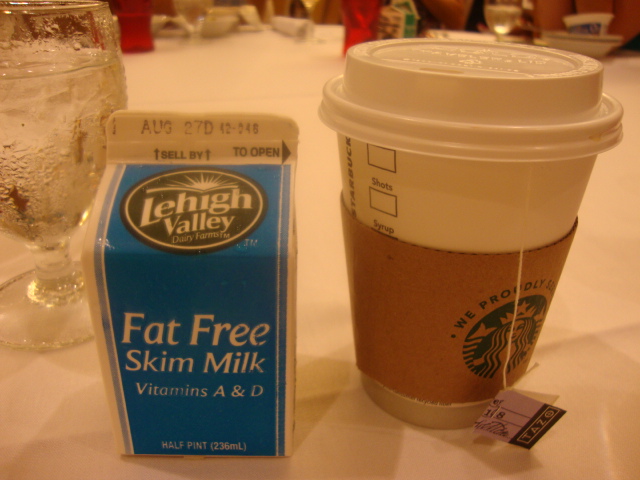 I am completely obsessed (I stole a few packets from breakfast!) and need to buy this asap.

After the festivities wrapped, a group of us did some more exploring around Philly.

For lunch we sought out Philly cheese steaks.  I found success at the Basic 4 Vegetarian Snack Bar.

This monster was vegan, but there is basically no way that the traditional meat sandwich could be better.

I left a lot of the bread, but gobbled up the “meat” which was crunchy in the most pleasing way.  Such a great way to end the weekend!

Around 2 I made my final goodbyes and headed out.  Though I did stop at Whole Foods for an Argo Tea Mojitea for the road. 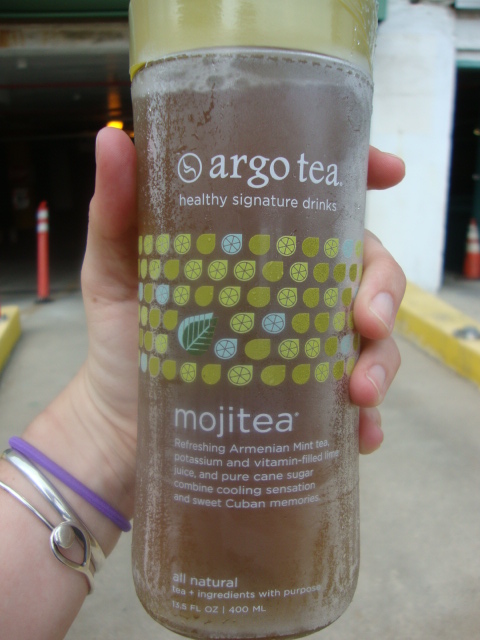 It was very tasty, but my next two drinks were much more telling.  A grande white mocha coconut frappuccino with 2 extra shots of espresso. 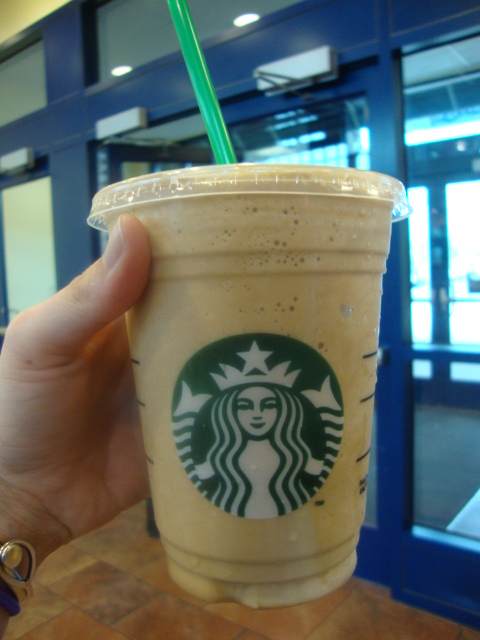 And a huge diet pop with a splash of cherry coke. 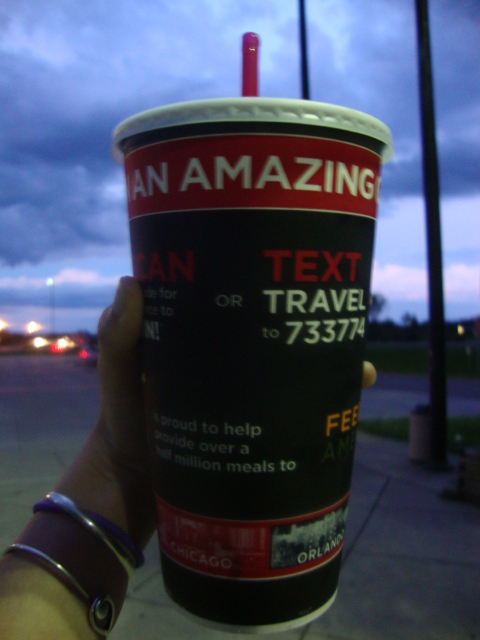 Can you say exhausted?!  But I made it home in one piece and had a wonderful weekend to boot!

Did you attend HLS?  What’d you think?