I’m (almost) through my 2nd week!  How long do you think I’ll have to be back at work before I stop counting?  My guess is at least a month.

About the title… The birthday was Adam’s.  My husband turned 28 on Wednesday so for the next 6 months I’ll stop being the older woman. 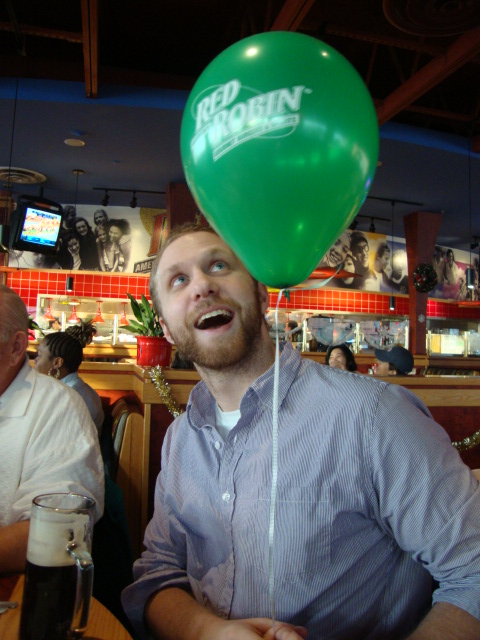 That picture is from BDL; i.e the years Before Doctor Life.  He is on a very busy rotation now so unfortunately we didn’t have time for anything too festive.  He got a disgusting amount of Taco Bell and we watched “The Grinch Who Stole Christmas.”

The burritos were from Red’s All Natural.

They recently sent me some free-product coupons so that I could try out the goods.  All Red’s products are 100% all-natural, preservative-free and made with antibiotic-free and hormone-free meat and rBGH-free cheese.  I love the company’s philosophy and practices and I liked the burritos too (though admittedly not quite as much as their ideals).

So far I’ve tried two varieties.  I microwaved one burrito and baked the other.  The nuked one was a little mushy, but not at all chewy like some lower-quality tortillas tend to get in the microwave.  The one I baked got perfectly crispy and nice.  Both had good ingredient combinations but sadly I found the flavors to be a bit one-note.  It is also worth pointing out that the burritos are giant, more than 500 calories each which is a lot for one meal component.  However, they are also very, very filling – I shared both of mine with Adam because I could not finish.  If you have someone to split with they are a great option but if you are purchasing them to eat alone just be mindful.  <– they also have 5 oz burritos available in some varieties!

Overall, I am giving the two I tried a positive review (just not glowing).  I am looking forward to trying some of the other varieties and I will definitely be sharing them on the blog when I do.

A new polka dot dress, from the Gap.

I tilted my head funny in the picture, but I actually got several compliments on my bun piled high on my head.

I usually don’t button my cardigans, but I liked it here.

Another new dress.  It’s cuter in person than in the picture.  The husband loved it and bought it for me with some of his birthday money ❤

The Gap sales rack has been very kind to me this season.  Even with my newbies, however, I’ve pretty much gone through my entire closet in the two weeks, so we’ll see how long “Fashion Friday” continues to last.

I think they changed the recipe again.  It’s not quite as glorious as my old memories, but a big improvement over the really gross ones I was finding a year or so ago. 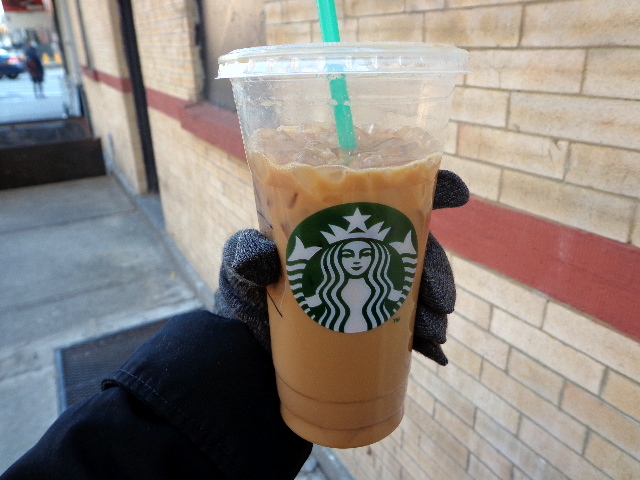 I was cashing in on a freebie so I went all out.  Venti, non-fat, iced latte with 2 shots each gingerbread, white chocolate, and (extra) espresso.

I never eat this flavor because it feels so seasonal, but it is one of the best.  The mint is nice and cool. 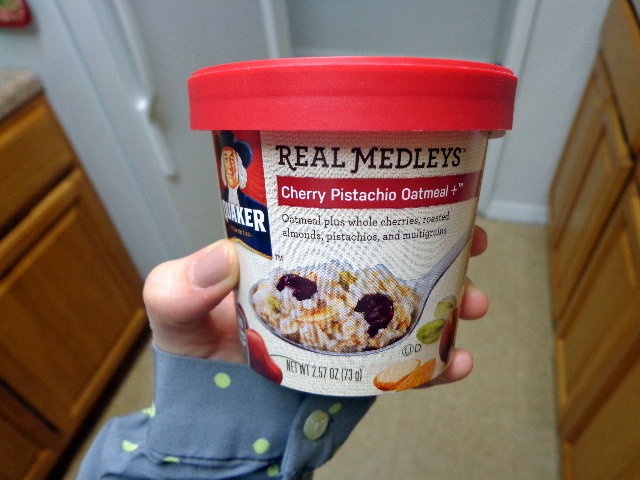 And a big apple.

I’ve got to buy more oat go-cups; this was super portable and easy to just fill up with hot water in the cafeteria.

Pizza with mushrooms and black olives.

These grapes are HUGE.  They’re a seedless “holiday” variety. 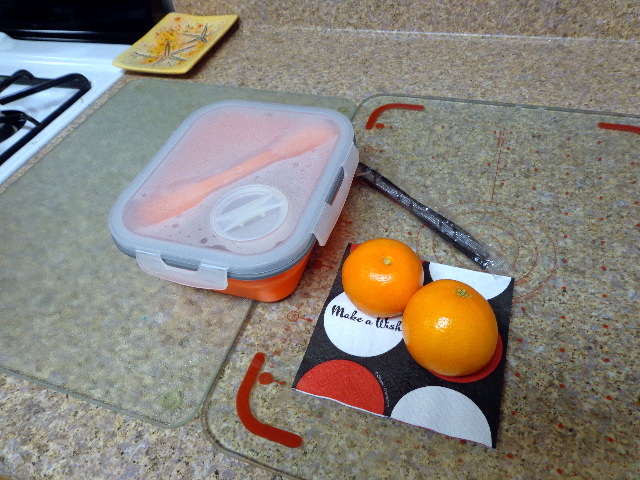 I promise, that cabbage was so much better than it looks. 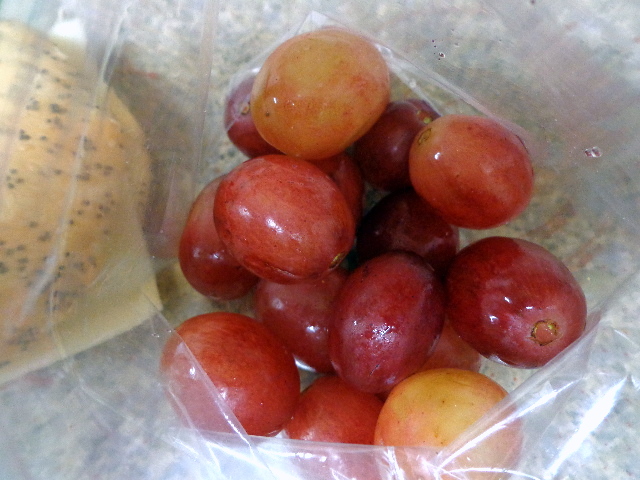 And an everything bagel thin with leftover smoked tofu and light havarti. 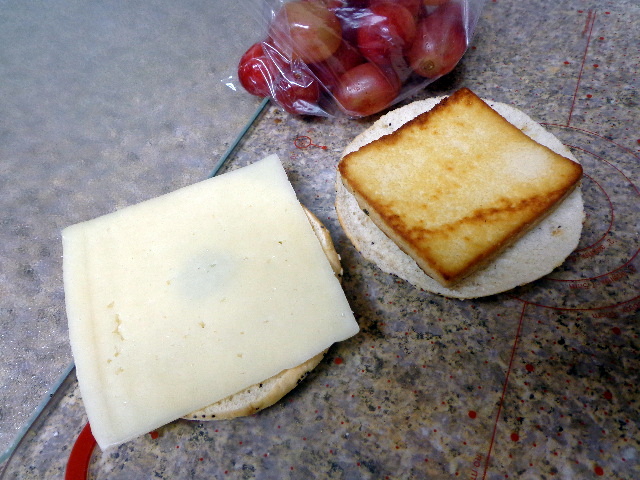 I left this “raw” and the thins are definitely much, much better when toasted.

Just like last week, picture lots of lunch assembly bites.  This first one was an after dinner treat though.  Looks like a root beer float…

I was pretty proud of this idea but it probably would have been a little better in milkshake form with a mix of beer and milk. 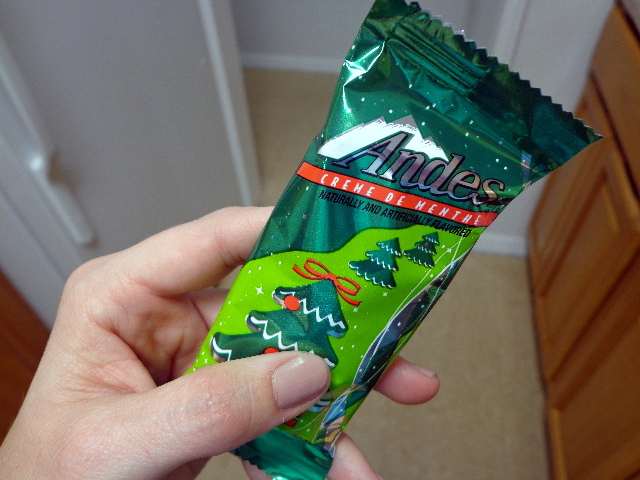 This was weirdly exciting.  I’ve really been craving mint lately.

These gorgonzola cracker crisps have been a favorite for munching.

I love how big the serving size is here.

Best dinner of the week, hands down. 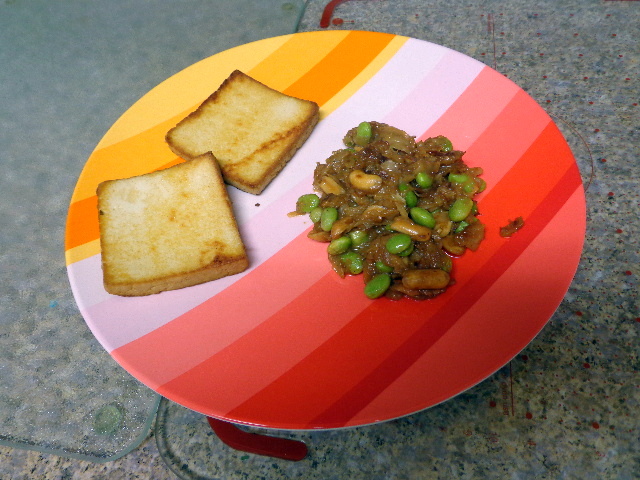 Soy Boy organic Smoked Tofu that I sautéed in evoo.

With shredded (frozen) cabbage that we cooked in canola oil with salty peanuts and fresh edamame.  We dumped in a bunch of miso orange dressing at the end and let it reduce, and the whole thing was heavenly.

I never seem to repeat meals any more but I do really want to make this again.

Salad and a burrito. 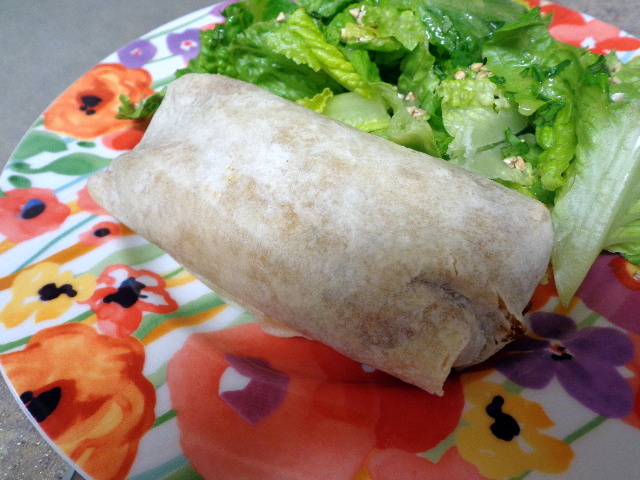 This was the one I microwaved.

Plus a big glass of eggnog during “The Grinch.”

This meal was missing vegetables, but that just didn’t feel festive!  Thankfully this was the day I had my veggie-heavy lunch.

Apparently that was the only picture I have from last night?!  I meant to eat it with salad but ended up having cheese and crackers instead.

Do you have any exciting plans for this upcoming weekend?

2 thoughts on “Weekly Wrap-Up; Burritos And A Birthday”