So, you know how we’re obsessed with coffee?  Like, problematically obsessed?  I might like it as much as Diet Coke.  This post is going to include a coffee brewer review.  Adam, who drinks at least two cups a day, prefers his hot.  I get iced 95% of the time, but when I’m home I’ll drink it hot if it’s fresh.  Long story short – even though I mostly stick with cold-brew in my French press, we do in fact need a more traditional brewing option in the house.  So when iCoffee offered to send me an Opus Single-Serve Brewer to review, I said “yes!”

Please note – this product was sent to me free of charge to review.  I was not provided with further compensation for this post.  All opinions are my own. 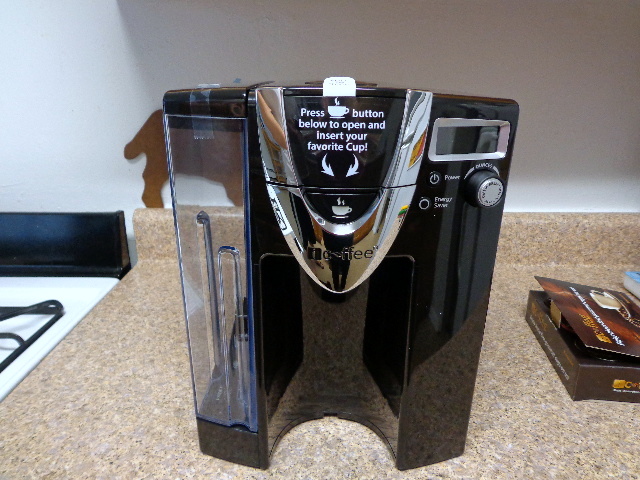 According to the company, the iCoffee system uses steam to help create a nice, smooth, non-bitter flavor.  A patent-pending SpinBrew needle spins, steams and stirs the coffee inside of the single-serve cup, creating a mini-French Press effect that cannot be achieved by other brewers.

The Opus has a “Dial-a-Brew” control which allows you to customize strength and taste by choosing any brew size between 4 and 12 ounces in half-ounce increments.  It can brew 10 ounces in less than 60 seconds, so it’s nice and quick.  The drip tray is magnetic, so it can pull out to accommodate my tall go-cup.

They sent me a few cups to get me started.  Adam had one of the Marley Coffees and loved it. 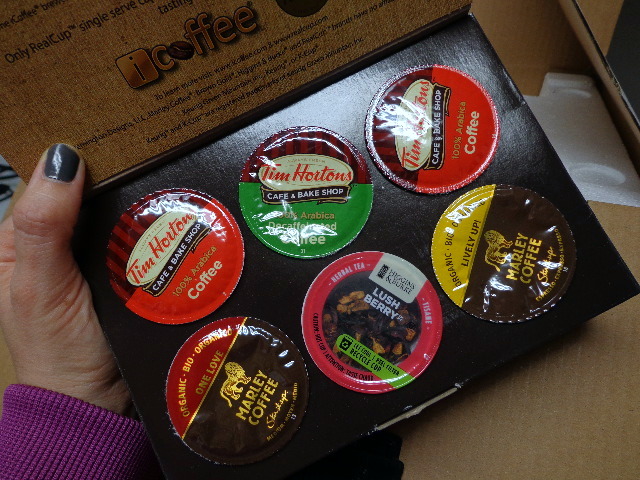 I have made a few cups that way with the coffee we already had at home (marshmallow flavored!) and it’s all worked out quite well.  I could see how the cup could have the propensity to break but replacements are only $12.95.

In short – we are fans!  We would rate the system 4.5+ out of 5 and plan on giving it a permanent spot on our countertop.

Another thing we’re obsessed with?  Loaded rice bowls from Chipotle.  After making (multiple!) weekly Chipotle runs for the past several months it was time for us to finally make our own at home.

So many layers of flavor!  Including: 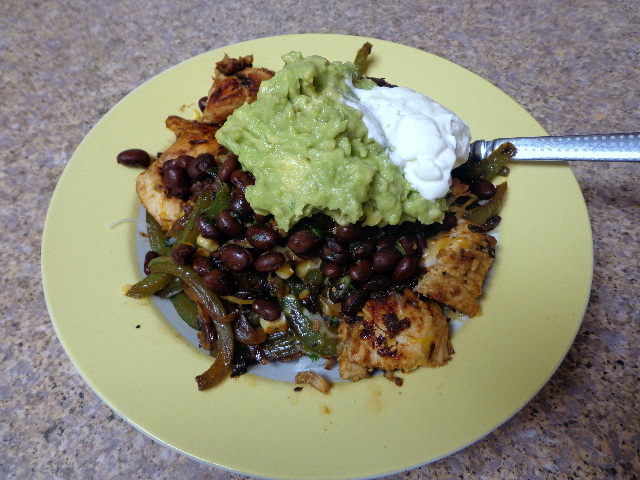 And round two the next night – topped with green Tabasco – was just as good, maybe even better.

Plus we split a Warlock. 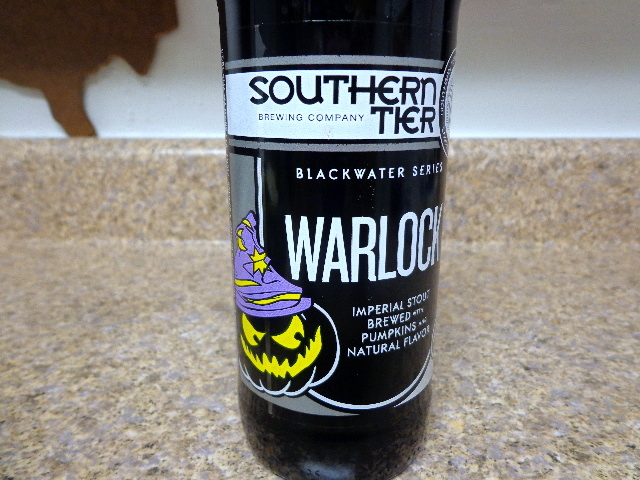 And a Mokaccino TCHO bar that we brought home from Blue Bottle in San Francisco.

We shared cold brew and an espresso at Stumptown. 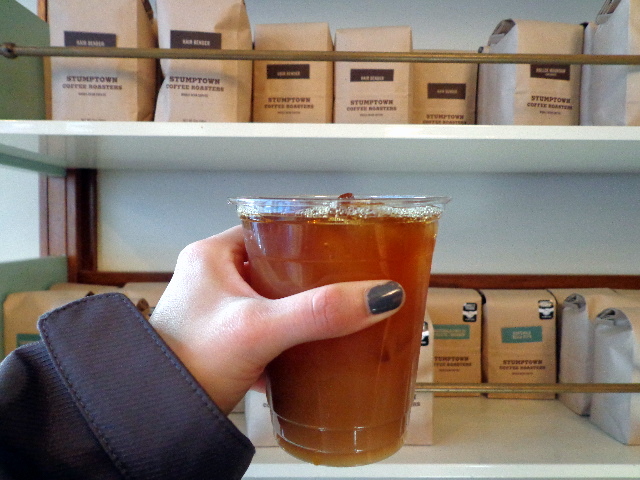 It was my first time at the Ace Hotel, which is stunning.

Then made our way to Doughnut Plant. 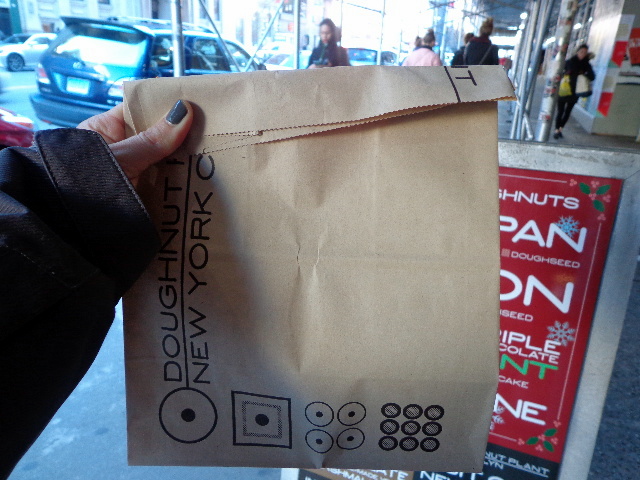 We shared a hazelnut chocolate doughseed which was only ok. 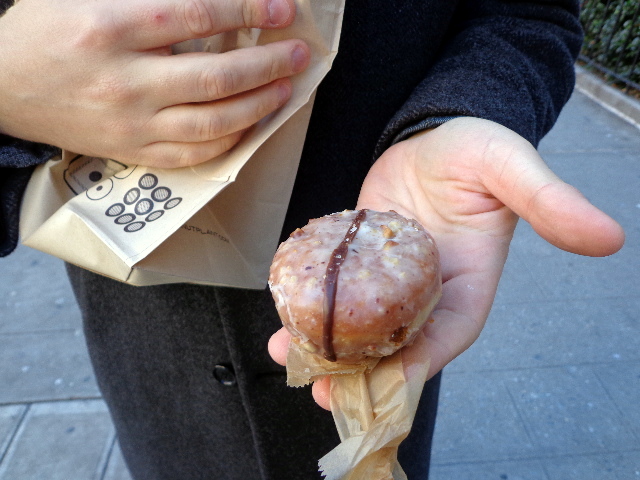 And I got a Tres Leches filled caked doughnut that was amazing.

Best doughnut I’ve eaten all year.  The filling was definitely reminiscent of Tres Leches and the doughnut had a great, crisp crust.   I’ve been wanting to go get this flavor since last summer and it did not disappoint.

Doughnuttery ended up not appealing to us, but we did enjoy another cold brew from Blue Bottle.

I told you we have a coffee problem!

We may not have gotten Doughnuttery, but it brought us into Chelsea Market which we loved the crap out of.

It was gorgeous (Christmas decorations!), 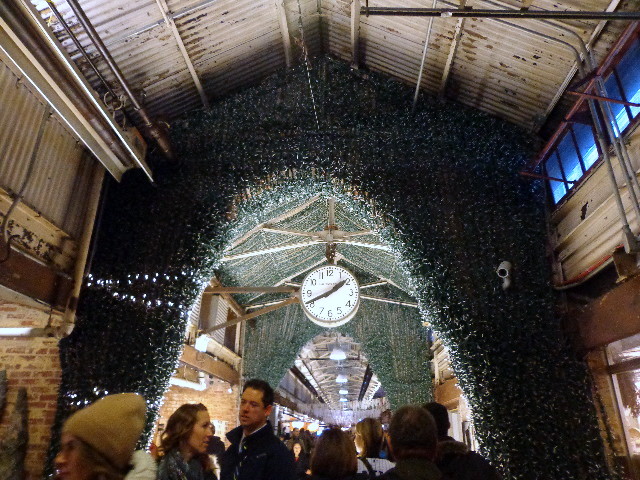 and there were so many tasty things that we want to try.

Instead we headed uptown to Xi’an Famous Foods for hand-pulled noodles.

Flipping yum!  I went with the vegetarian spicy noodles and they rocked my socks off.  The chew was out of control. 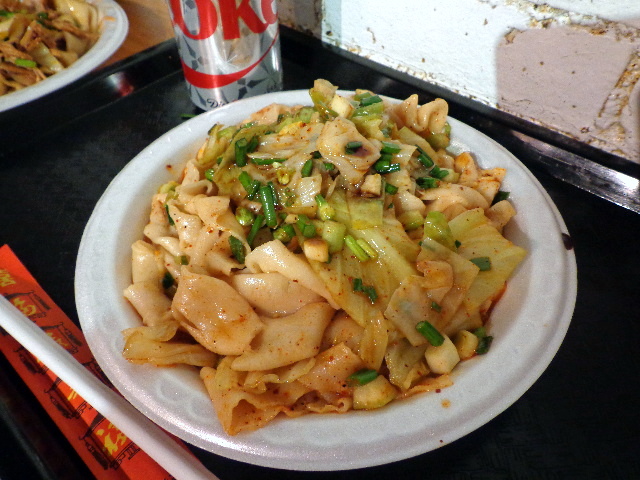 Meanwhile Adam was positively swooning over his pork bowl.

Then we went to Rockefeller Center and stared at the tree.