Oh my gosh, Brooklyn is so freaking great!  <– I could probably just stop here, that pretty much sums up the salient points of this post

I was a little all over the place this week so I don’t have a ton of pictures to share, but Adam and I did go out to two amazing dinners that I need to rave about.  Other than that, I have about 30% of breakfast/lunch/snacks.

The husband worked several overnight shifts this week and I took advantage of my alone time by making the super adult decision to stay up until 3am on a work night catching up on the entire new season of “Criminal Minds.”

Here are some snippets of cafeteria breakfasts… 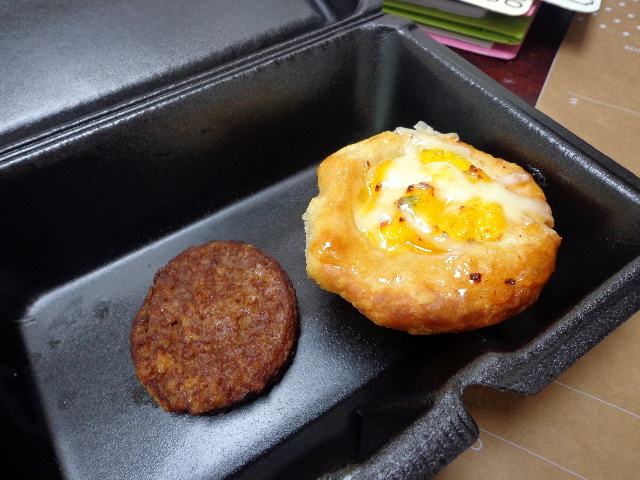 That second thing was some biscuit/pastry Western omelet hybrid.  Strange, but not bad.

And of course, there were many {many} coffees. 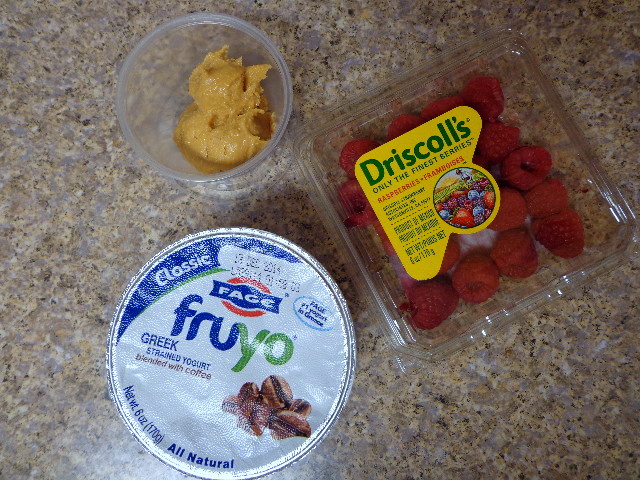 KIND Banana Nut Clusters with my blackberries and butterscotch peanut butter with my raspberries.

And snacks at my desk… 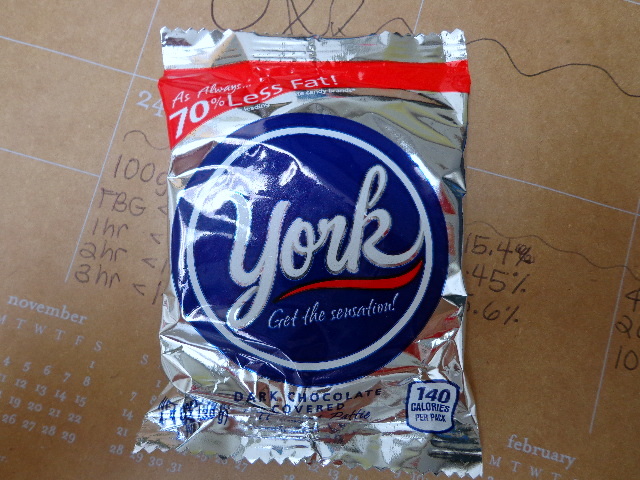 I also bought the new peppermint cookie chocolate bites from Starbucks and they were great.

This space was gorgeous.  I couldn’t get any good shots of the décor (or the food for that matter!) but our table felt like it could be sitting in a clearing in some German forest.

I ordered the Hemingway Daiquiri and it ended up being the best cocktail I’ve ever been served.

The menu listed Caña Brava Rum, Luxardo Maraschino, grapefruit juice, and lime juice, but I swear that I could also taste cinnamon in there.  I liked it so much I kept us out late ordering a second round after dinner.  Adam’s beer was amazing as well; I don’t remember it’s name but it positively reeked of honey.

We shared a house-made pretzel to start,

which came with the best honey mustard I’ve ever tasted.  <– noticing a theme here??  I wouldn’t say that Berlyn is the best restaurant I’ve ever been to but many things on their menu were certainly the best ever in their categories.

Adam ordered pork schnitzel for his entrée so I decided to try two small dishes. 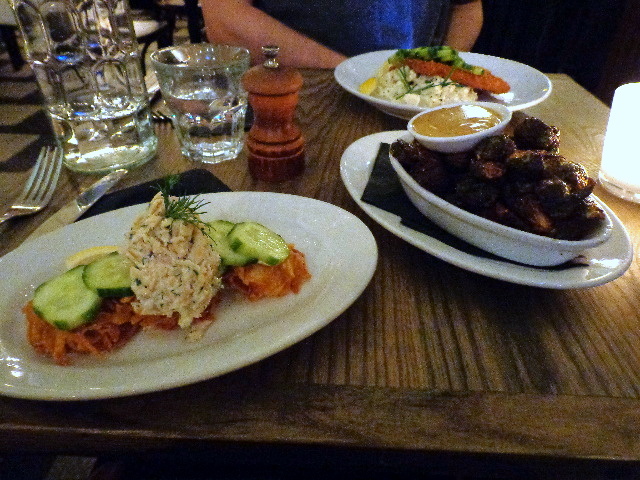 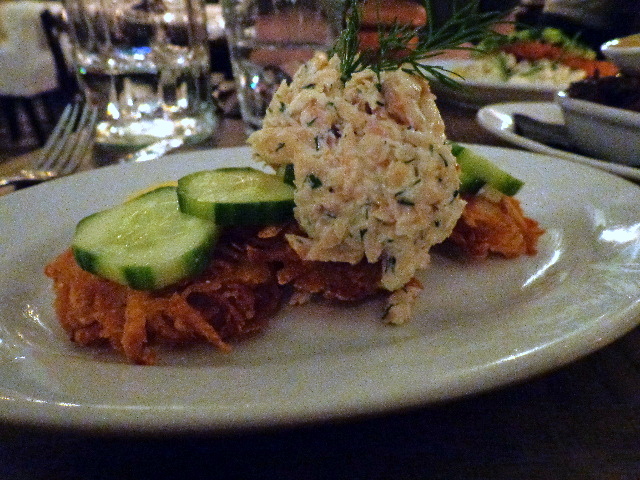 And fried Brussels sprouts with a pine nut aioli.

Best fried Brussels sprouts we’ve ever had and the aioli was seriously indescribably good.  Adam and I both were gasping at how yummy it was.

The dessert course didn’t sound quite as terrific to us so we headed over to Four & Twenty Blackbirds for the best espresso in Brooklyn. 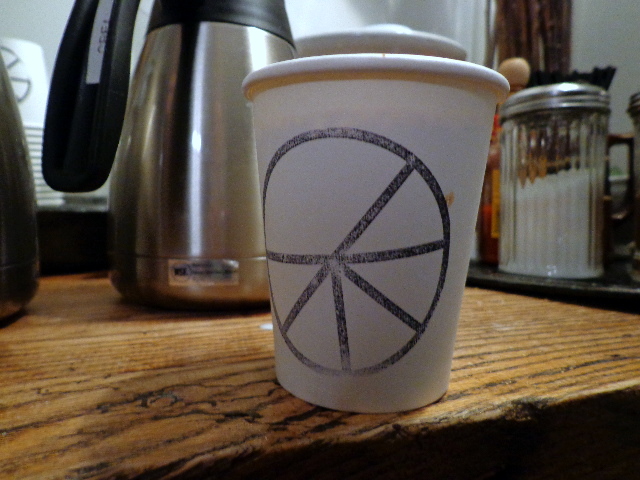 And came home with slices of pie to eat in front of “Brooklyn 99.” 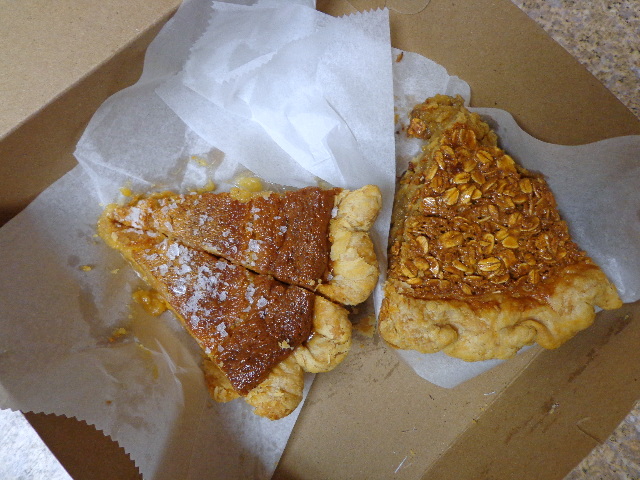 My salted honey slice was legit.

I ordered a New Old Fashioned, which was made with Four Roses, Laird’s Applejack, maple bitters, lemon,  and brown sugar. 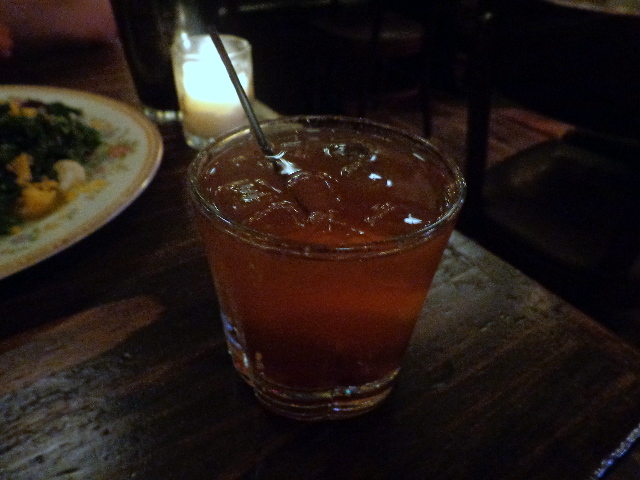 So good, though bourbon is always good.

I started with the Kale Taco Salad.  Kale dressed in salsa verde with cheddar, spicy pickled vegetables, and a fried tortilla.

This was the best kale salad I’ve ever eaten (<– I’ll stop now, promise!).

Dinner was the fish and chips with their famous salt and pepper fries.

I don’t know why I keep ordering fish and chips because I never eat much of the fried fish, but this was definitely the best version (sorry!) I’ve ever had.

Adam swooned his way through a slice of maple bourbon pumpkin pie, 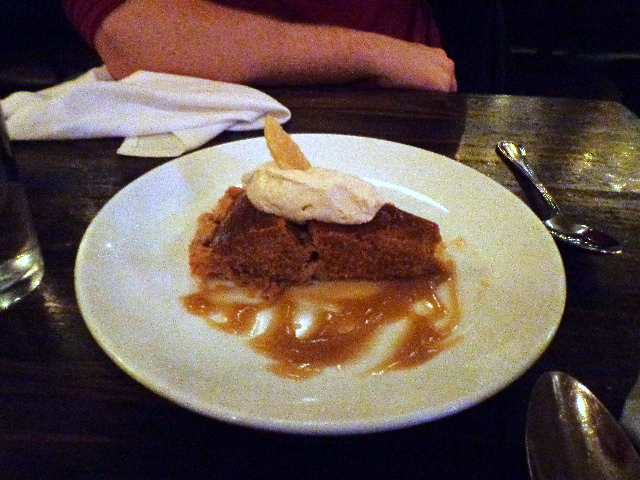 but I held out for the best ice cream in the world, Ample Hills.

Good God.  “No Sleep till Pumpkin” = coffee ice cream with pumpkin gooey butter cake and underneath was “PB Gets Fluffy” = marshmallow ice cream with chocolate flakes and homemade peanut butter cookie dough.  Just fabulous.  Neither of us could believe how good the pumpkin coffee flavor was.

What is the best restaurant in your city?