‘Twas a super weekend, even if I didn’t watch a single second of a certain football game.  We don’t have a cable hook-up!  I would like to see if I can find the commercials somewhere online though.

My meals this weekend were the like Seahawks, unparalleled winners.  Here’s some of what we ate…

lunch at work on Friday 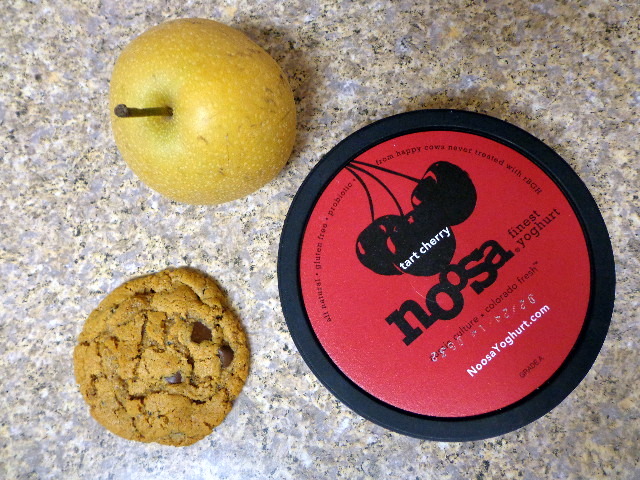 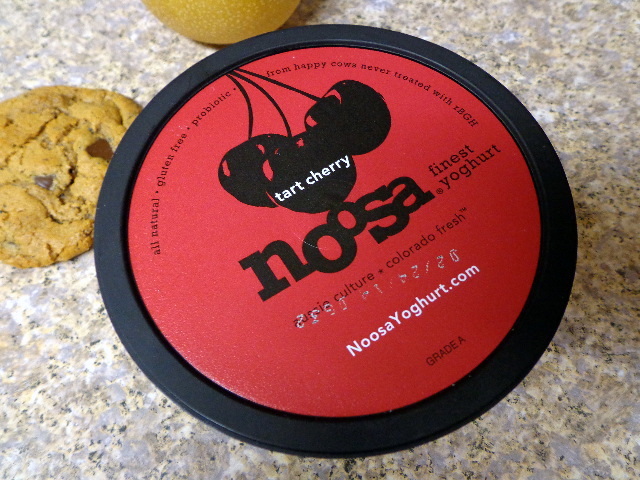 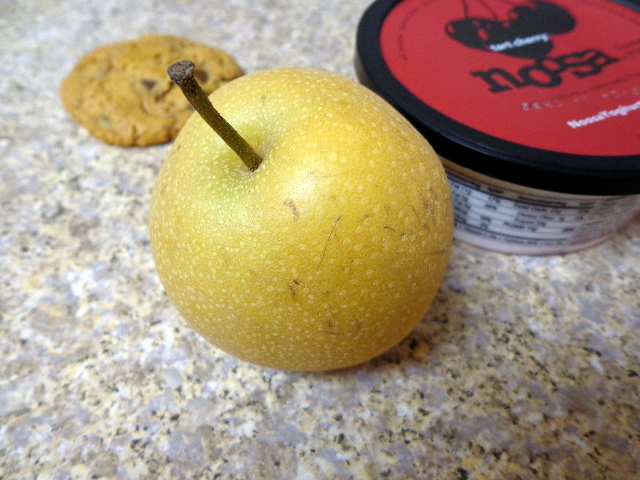 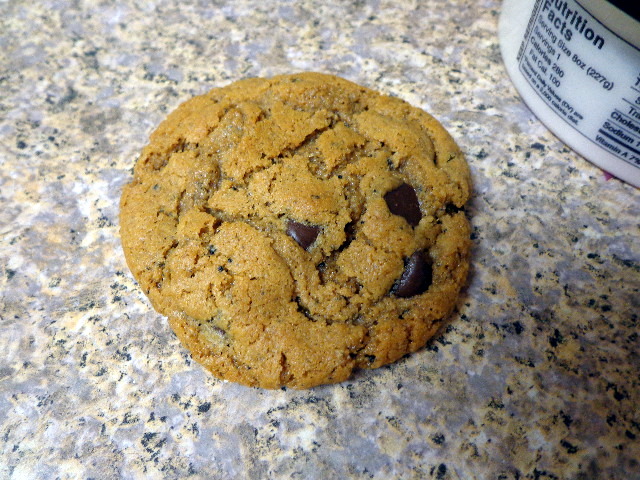 I made the cookies for Adam but they were so good that I ended up stealing another one when I got home that afternoon!  This recipe, but with Vanilla Bean + Espresso Barney Butter and half as many chocolate chips. 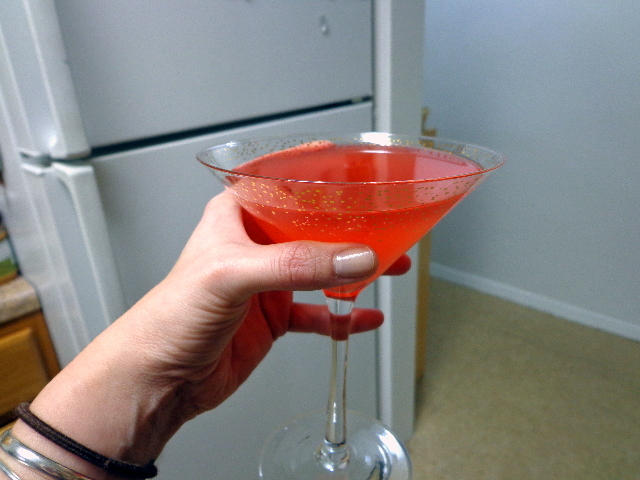 With Cascade Ice Cocktail Mixer, a splash of oj, and vodka. 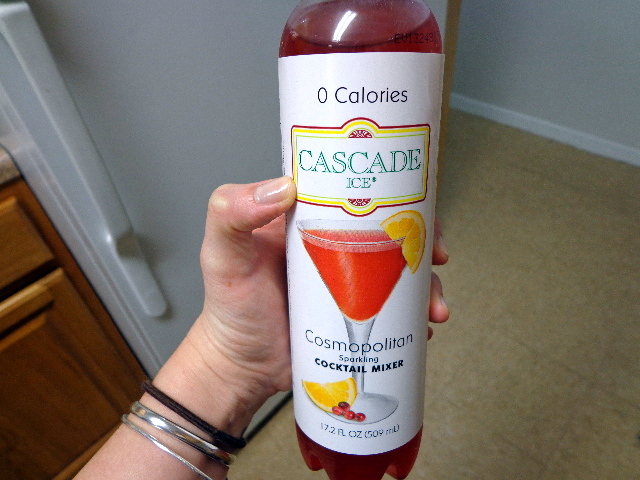 The fancy one was actually Adam’s, mine had ice and a straw. 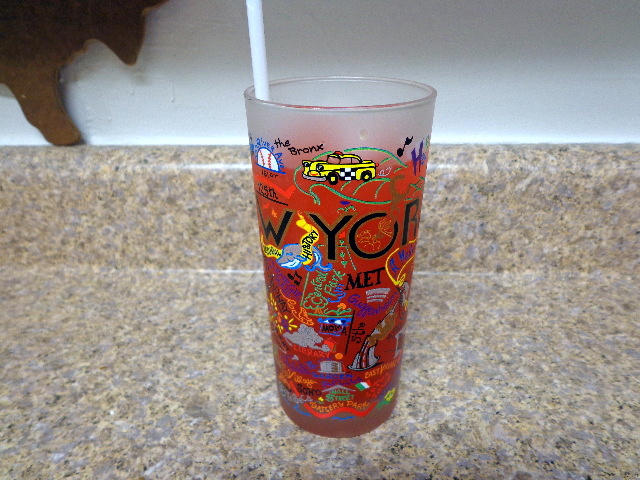 But mine ended up being his too in the end; I am just not a cranberry person. 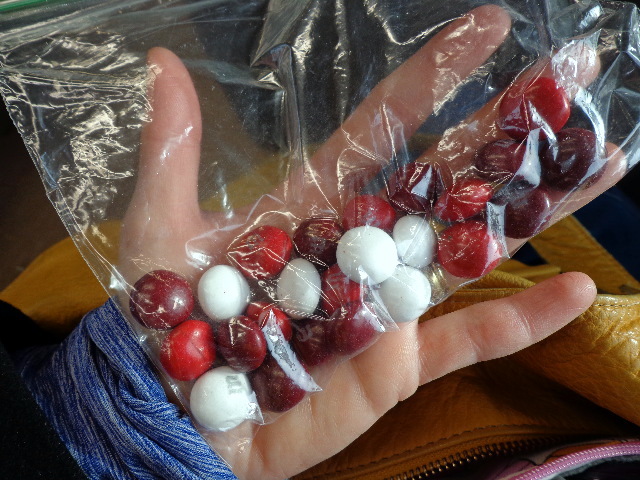 They are very chocolate-y and also very headache-inducing.

A kid’s double scoop at Ample Hills Creamery on our date night.  I had Sweet as Honey on the bottom – Homemade honeycomb candy (made with honey from bees at Queens County Farm) in a sweet cream ice cream – and Gather ‘Round the Campfire on top – Toasted marshmallow ice cream with chocolate-covered graham cracker. 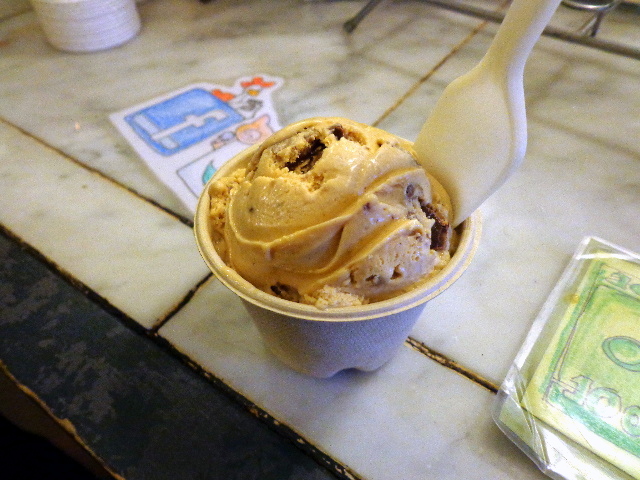 I love this place!  The flavors were perfect.  I also tried a taste of the Peppermint Pattie and pretty much died. 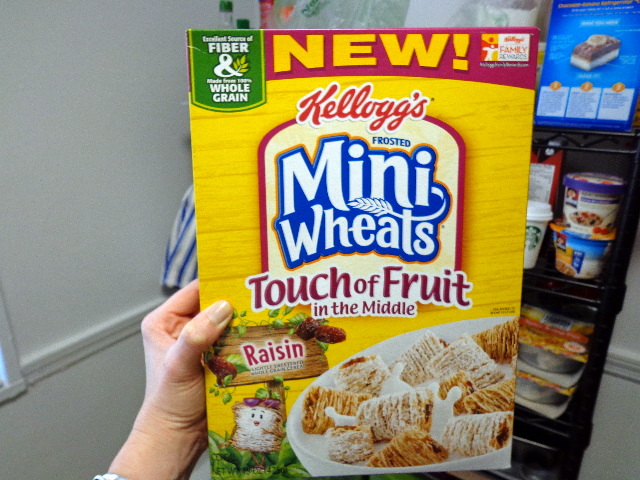 I know the box says “new!” but the raisin Frosted Mini Wheats were my number one favorite as a child.  Also the only “sugar cereal” I can recall ever having in the house growing up. 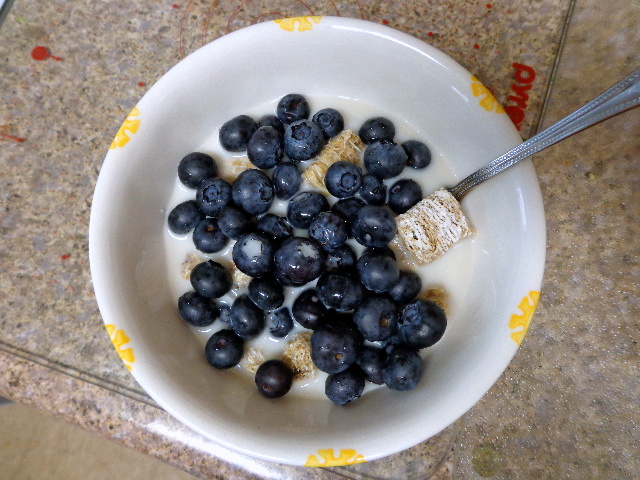 I wanted to remake my Berry Better Than Spaghetti recipe so I could reshoot the photos (not that the new ones are all that great!). 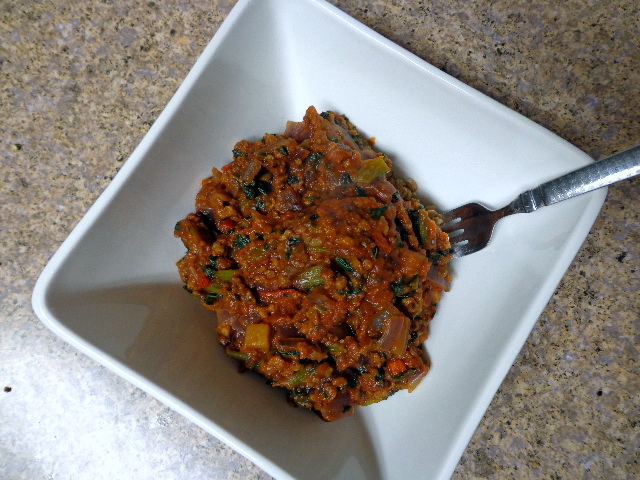 I ended up making a few tweaks to the recipe too.  It turned out fantastic! 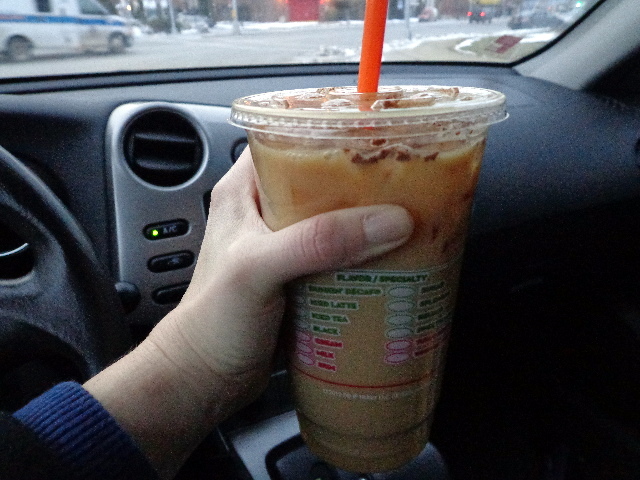 I have been loving these lately but this one was too sweet.  Speaking of… has anyone tried the cookie dough or brownie batter donuts at DD yet?  I am seriously debating buying one. 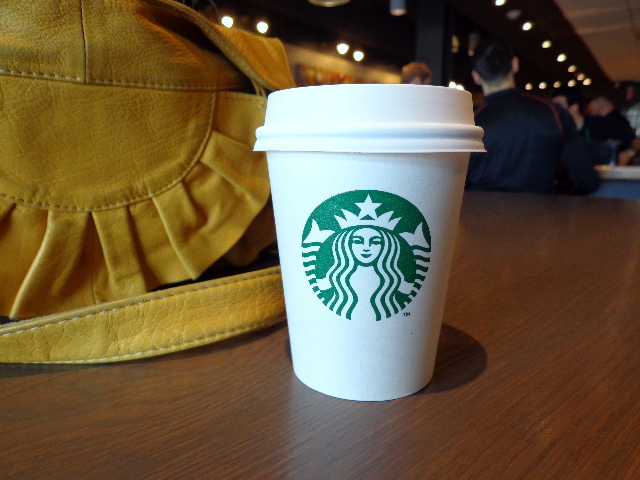 Our Trader Joe’s is always a madhouse and I love it when the husband is available to wrangle the cart for me because it means I can have coffee while I shop. 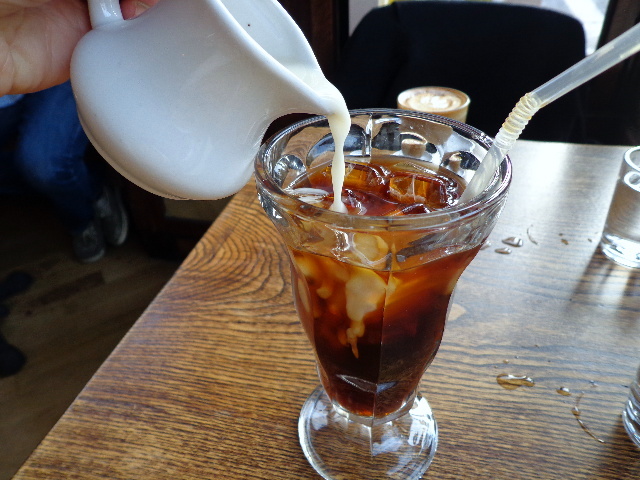 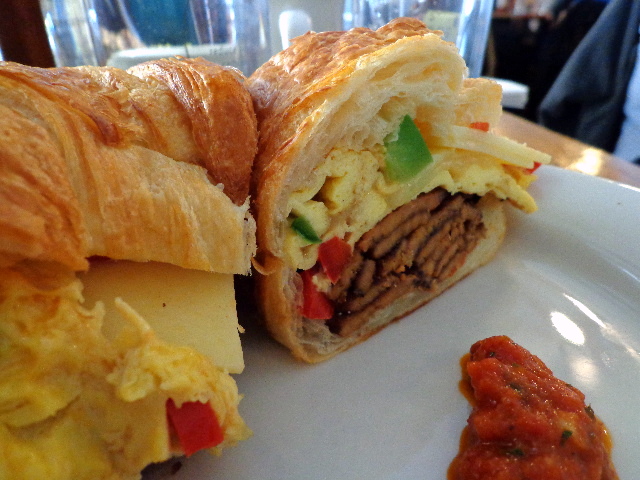 A girlfriend and I met up at Penelope on Sunday. 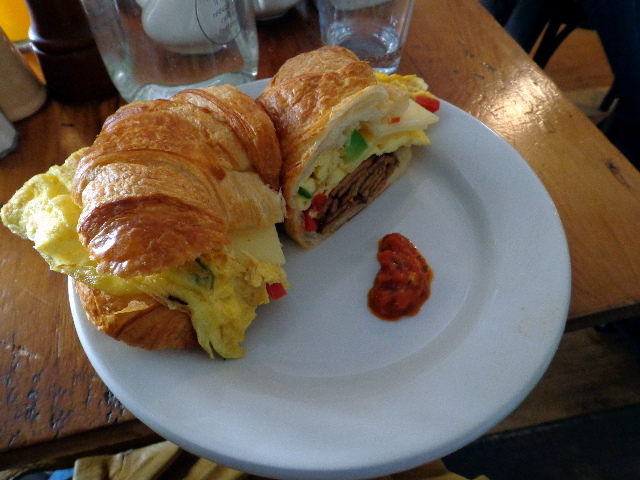 I had the Andrey’s Egg Sandwich – Scrambled eggs with cheddar cheese and peppers, topped with  fakin’ bacon and sun-dried tomato pesto on a fresh-baked croissant.  It was a strange order for me – I usually go with sunny side up eggs or something sweet – but very good.

Adam had the best date on Saturday, and I’m not just saying that because he got me tipsy!  I managed to find my top 2 favorite beers!  For reference, here’s my list –

We started at Bierkraft, where I tried a Joe Mama’s Milk from Keegan Ales. 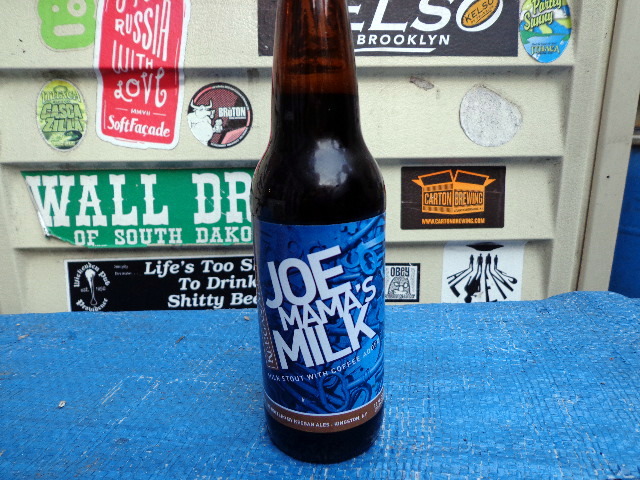 I couldn’t taste the coffee at all, but this was nice and smooth.

Then we headed down to Dinosaur BBQ, 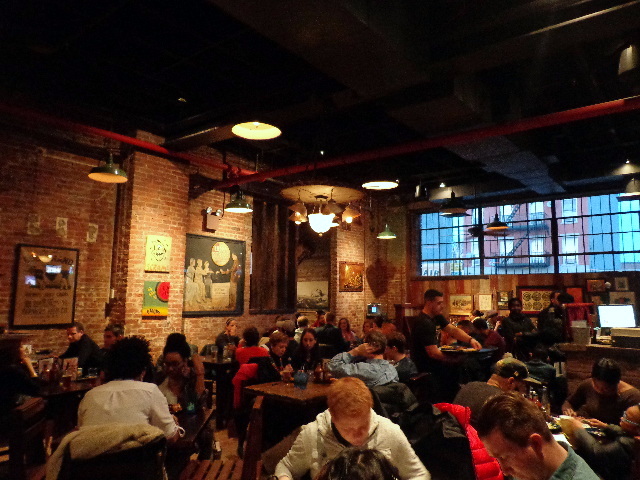 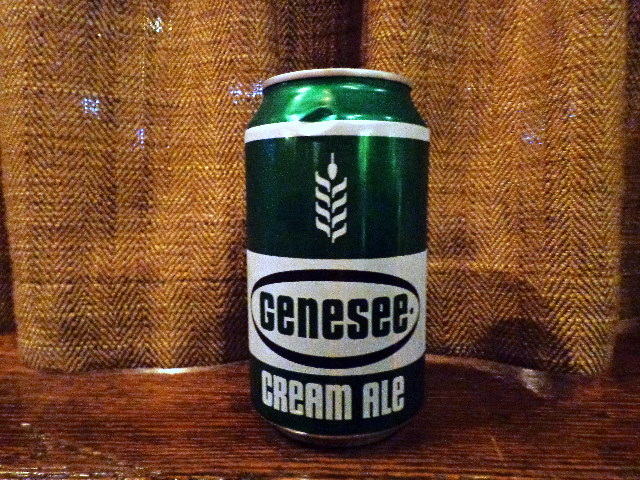 I also had a Left Hand Milk Stout with my dinner. 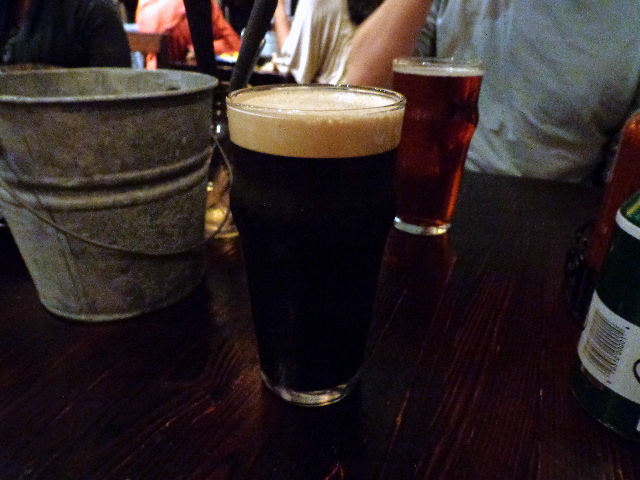 Dinosaur BBQ is actually from Upstate.  They make our favorite bbq sauce but we never had a chance to visit the restaurant while we were in Buffalo.  I was thrilled that a location popped up in our old Brooklyn neighborhood.

Adam and I split a sampler platter to start. 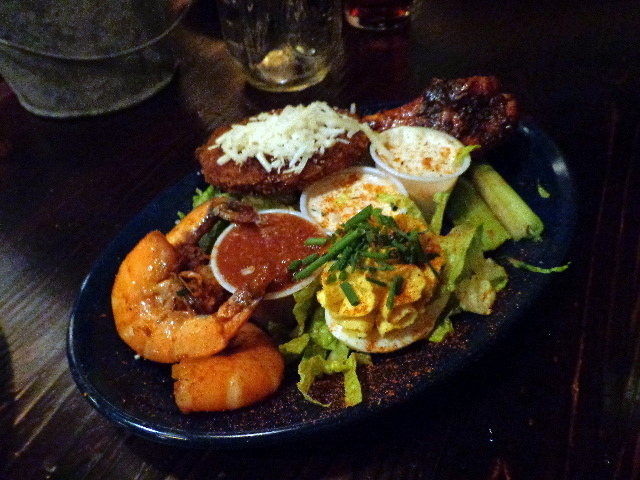 I got a pulled chicken melt as my meal.  BBQ, caramelized onion, poblano peppers, and melted cheddar. 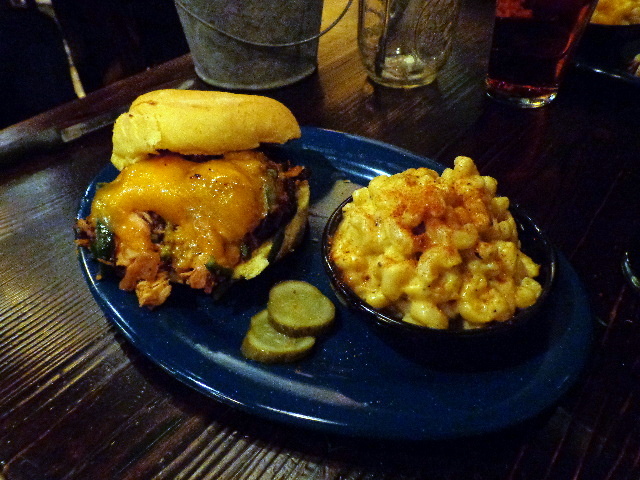 I skipped my bun and cheese but quite enjoyed the chicken.  This definitely wasn’t the best barbecue we’ve ever had, but it wasn’t bad either.  And we would go back for the beer menu alone.

What are your top favorite beers?  Do you tend towards high or low ABV?