I spent Friday night getting a little drunk.  Mind you, not so drunk that I would actually want to listen to Katy Perry’s “Last Friday Night.”  We did watch some bad stand up comedy on Netflix though.  <– Tim Minchin, not as funny as this joke would lead you to believe.  (It’s so dirty, don’t click, Nana!)

Friday morning started with a Chocolate Dipped Coconut Luna Bar on the way to the hospital.

I had plans for a morning gym session but when I saw the weather report I decided to sleep in instead.  We got really lucky here, the snow was annoying but not anything dangerous. 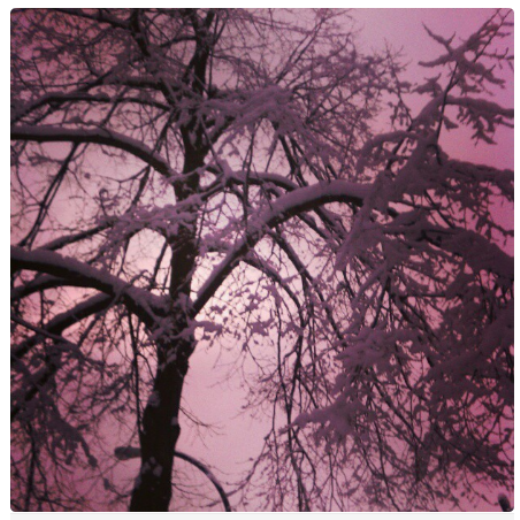 I had a nice day at the hospital in spite of the weather.  I got to chart on several interesting patients and had a little more practice with doing pediatric TPN orders.  I love the nutrition support aspect of dietetics but children are really different from what I’ve done with adults.

Lunch was a simple salad.

Chopped green pepper and cucumber with evoo, Sriracha, and some salty peanuts.

What a winning combination!

Great on the go, but not as amazing as the pile of fruit I had when I got home.

Underneath my mounds of blue and blackberries was Naked Vanilla Oat Milk, a little honey, and 1/4 cup each All Bran Bran Buds and Nature’s Path Coconut Chia Granola. 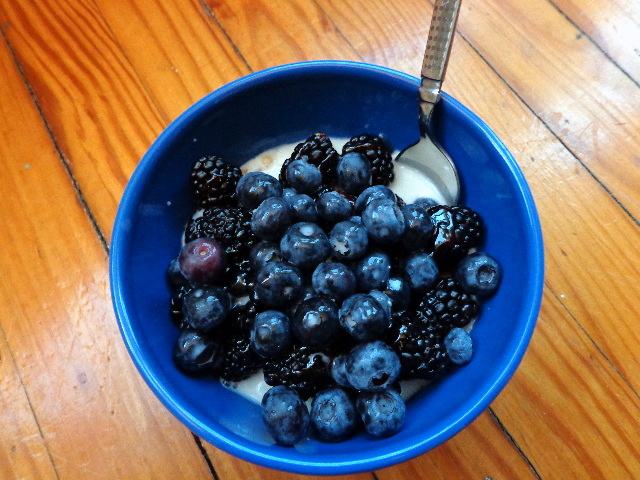 So flipping good.  And it was a good thing I got in a healthy snack because my responsible food choices took a downhill turn during the rest of the evening.

I blame the Bitch Bubbly. 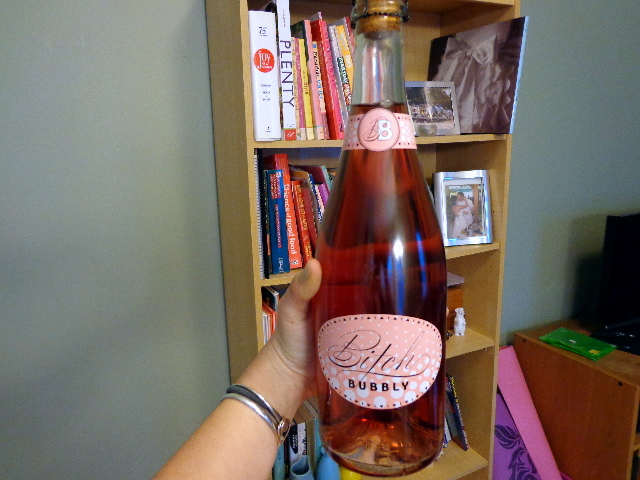 A girlfriend came over and she, Adam, and I drank the bottle in mimosas.

The sparkling wine was pretty bad, but our next round was fantastic –

Sips Lavender Lemondrop Sparkling Cocktails!  This was so fun, and quite delicious.  I described it to my coworker today as “Kate Spade’s Four Loco.”  I would definitely buy them again.

But maybe I’d eat dinner first next time.  My evening meal ended up being… A slice of bread with Smart Balance Light, 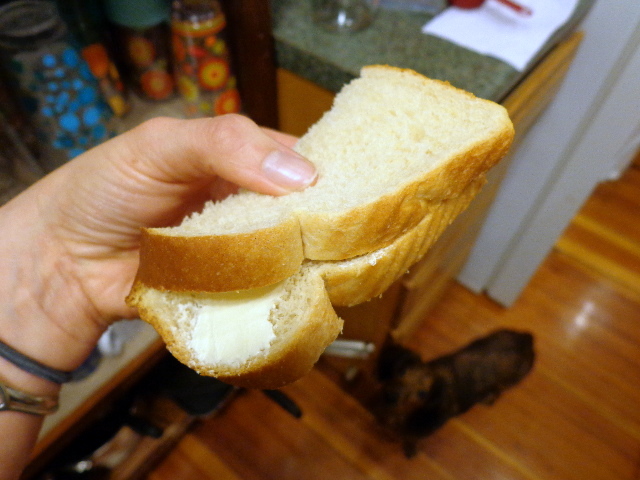 and a huge bowl of popcorn with melted Earth Balance. 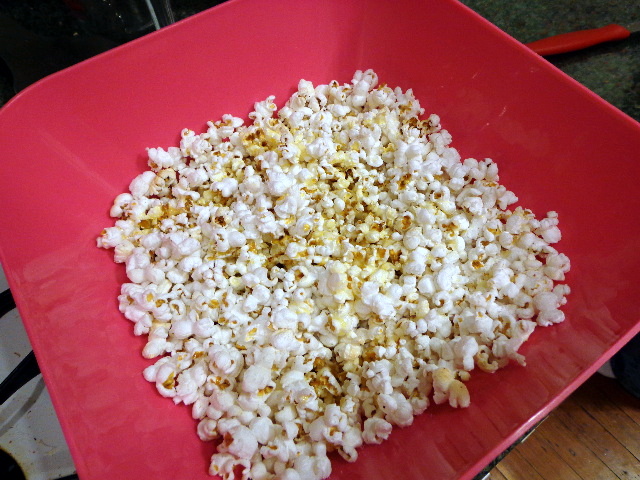 Major thanks to the husband for making me two bowls of popcorn; I spilled that first one within a matter of minutes!

Saturday’s meals were a little healthier.  Still very tasty though.

For breakfast, Adam and I split a great pb & j.

With a pear on the side.

I worked today, but only a half shift, so I had time to get lunch from Wegman’s hot bar.  Some tofu and veggies in mushroom dashi with two pieces of inari.

I did lots of Googling, and as far as I could tell mushroom dashi is just mushroom stock, so I’m still not sure what that yummy sauce was.

We made tofu for dinner too. 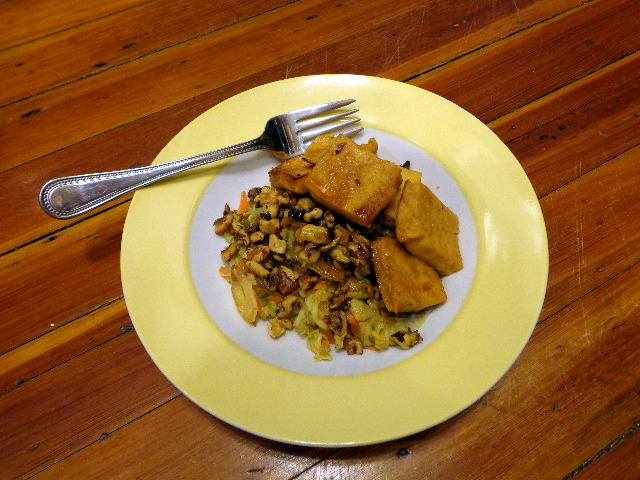 A bed of cabbage —a bag of “Asian Slaw” mix cooked with a bit of Earth Balance with caramelized onions tossed in towards the end— topped with walnuts —cooked in a skillet with salt and sugar— and tofu —super firm tofu cooked in the skillet we used for the onions, finished with a sauce of tamari, rice vinegar, sesame oil, Sriracha, honey, and orange juice.

I was glad I added the nuts at the last-minute to help break up the texture.  The flavors were spot on though.

I had Goody Good Stuff Tropical Fruit for dessert.

Adorable, and much firmer than the other varieties.

Was your area hit with this weekend’s crazy weather?

One thought on “Last Friday Night”

Leave a Reply to Andrea @Pencils and Pancakes Cancel reply