It was a big week here, we had a birthday and a serendipitous, surprise visit!  I turned 29 yesterday; that sounds old, old, old.  I may not have a house or a baby, but I have a husband and a dog who I love beyond words so that feels pretty good for almost-30.

We didn’t have time for a real grocery trip after our Philadelphia weekend and we relied a ton on packaged and purchased food.  Here are some highlights… 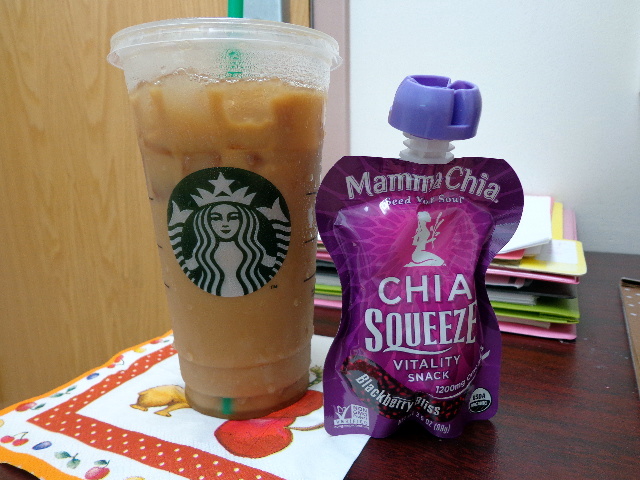 I probably wouldn’t have bought the chia on my own – it came in my UrthBox – but I ended up really liking it.

Birthday freebie coffee!  I love that Starbucks does that.  You’ll notice that I stuck with my birthday tradition of doing tacky, glittery nails.

Venti iced skim latte with an extra shot of espresso, 2 shots of white mocha, and caramel drizzle.  I was buzzing.

And this doesn’t go here but speaking of sugar, I’m not sure I ate enough candy this week…

That fruit is so flipping good.

Total on Chobani 2% Pink Grapefruit.  I was equally impressed with the yogurt the 2nd time around.

Lots of packed snacks during a 4 hour afternoon meeting.  I ate a salad beforehand, and also required lots of coffee.

Chocolate-covered gummy bears, applesauce, and Everything Pretzels from Mary’s Gone Crackers.  The pretzels were from a bag that the company sent me to try. 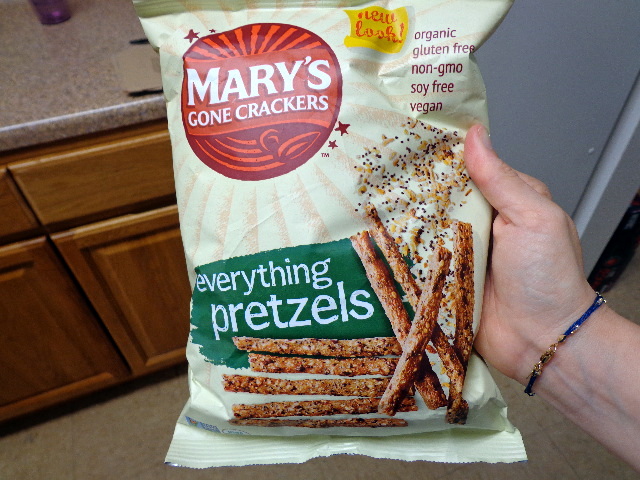 Delicious!  I thought these were much better than the sea salt flavor I tried before, which wasn’t bad either.  These were just like eating a very crunchy everything bagel.  And still made with whole grains including brown rice, quinoa, amaranth and millet, and seeds including flax, sesame and chia, just like the original flavor.

My dietetics co-workers brought in lunch for my birthday!  They are pretty much the sweetest. 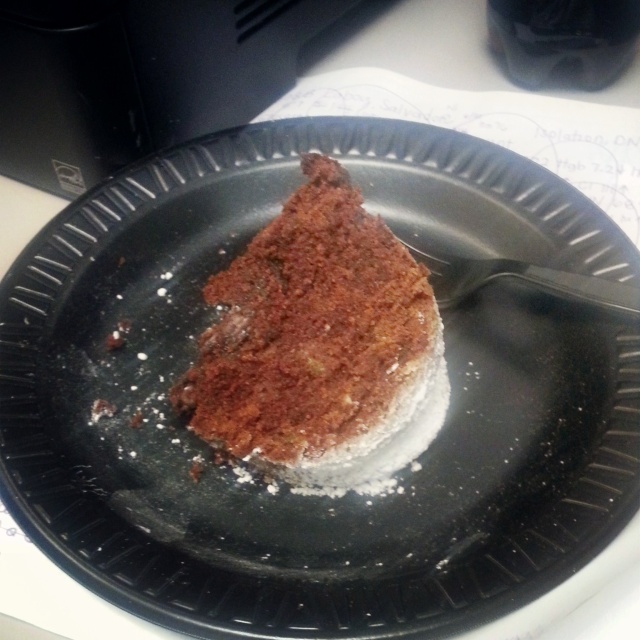 Salad with a great, thick balsamic glaze, homemade spinach and feta pastries, and chocolate zucchini cake for dessert.  Everything was delicious; I tried to bring leftovers home for Adam and I ended up eating them all on the train!

Half salad and sandwich deal from Panera.

The sauce was too sour and the apple on the side was sadly the best part of the meal. 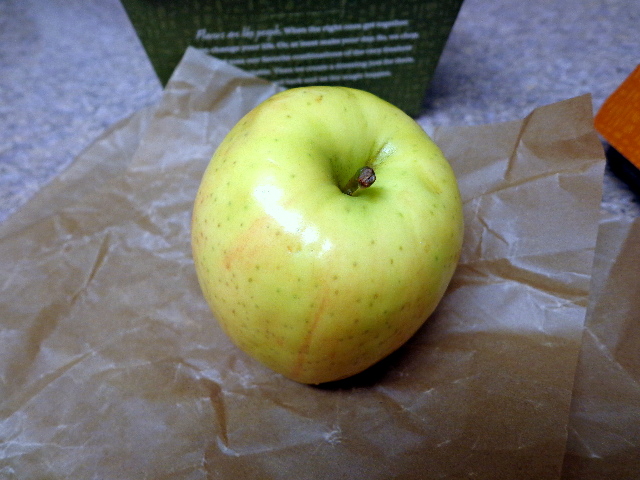 Thankfully, things get much more festive from here.

On Wednesday, my parents were traveling to Ohio to visit my grandmother.  They were flying on miles so they had a long day with lots of connections, including a 3-hour layover at LaGuardia.  When the got off the plane in NY, they learned that inclement weather had grounded their final flight, and then would be stuck until the next morning.  Silver lining – they stayed at my house for the night and we got to visit and go out to birthday dinner!!!!

It ended up being the best “bad news” ever.  We teased them that they jinxed themselves by complaining about not making it out for Indian food during their June visit, so of course we had to take them for Indian food. 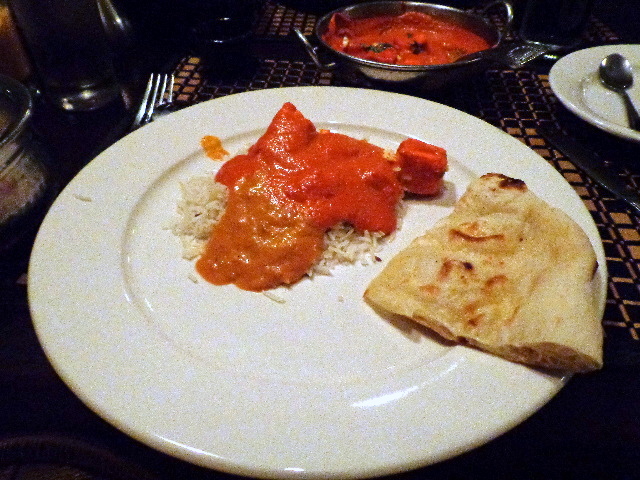 It was too dark for pictures, but we shared several appetizers and a bunch of dishes and all left full and happy.  Everything was amazing and our waiter was the sweetest man.  Namaste is great.  We even found froyo nearby with birthday cake flavor.

I topped my “cake” with marshmallow, strawberry pie filling, and a million sprinkles.

And I actually ended up having froyo last night on my real birthday was well. 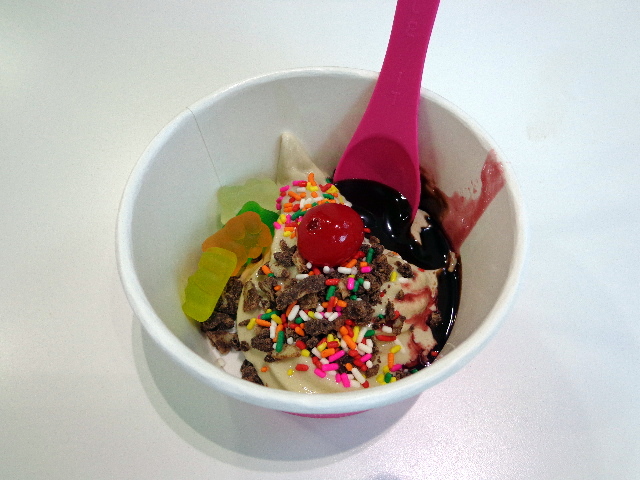 For my birthday dinner we did takeout from Bare Burger.

Turkey with ketchup mustard, spinach, tomato, a fried egg, and tons of pickles.