Today was officially my first day off (from both school and work) since January 20th!  42 days straight!!!  I didn’t even work full shifts for most of those days but it was still nice to have 24 hours all to myself for a change.

We didn’t do anything all that exciting with our newfound free-time but it still felt pretty damn nice.  We did a major grocery trip, started watching Battlestar Galactica (please tell me that the episodes are faster paced than the movie?!), and Adam currently has the guys over for poker.

Breakfast was a bowl of peanut butter and bananas, squared. 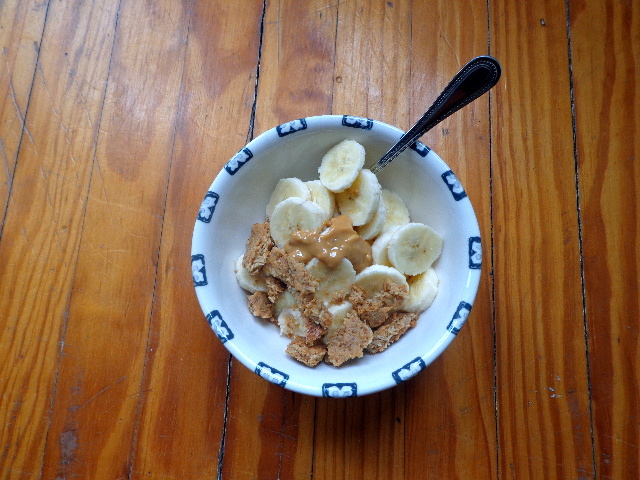 Lunch was even better.

I took enough Pho home last night for Adam and I to both have lunch with the leftovers.  I beefed mine up with some roasted broccoli and a soft-boiled egg.  Plus more Sriracha, of course.

The entire bowl was delicious and the egg yolk melting into the broth was so amazing that it almost made me cry.

For dessert we shared this plate of samples. 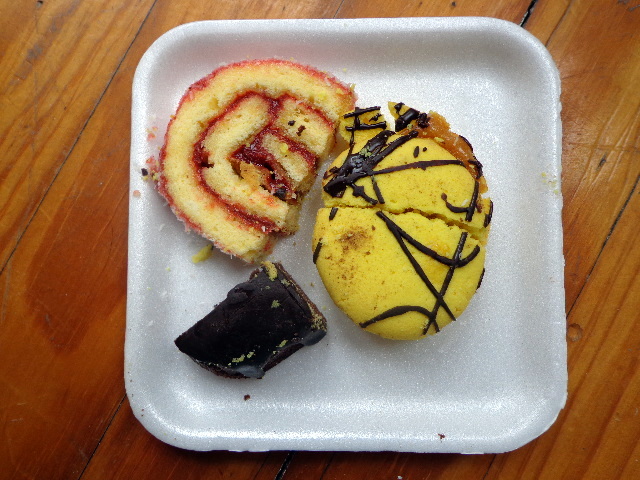 Oh Nuts! offered to send me their Passover Cake & Cookie Sampler and I happily accepted.

Neither of us liked the brownie piece (too dry) but we thought that the jam in the sandwich cookie and raspberry jelly roll was nice.  By the by, everything was gluten-free and kosher.

I also had an Adora calcium disk.

I am going to try to remember to take one every day for the next while, but I probably won’t blog about it again.

Dinner ended up being a (giant!) container of hot bar. 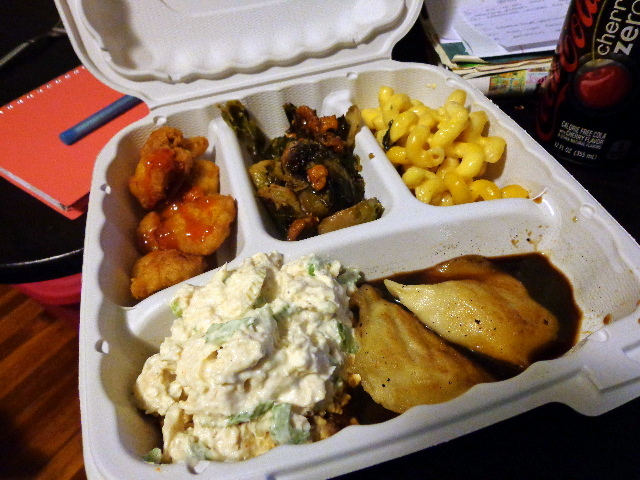 A little bit of mac and cheese and brussels sprouts and a bunch of chicken.  Apparently I was in the mood for protein.

I made the poker players some Mac and Three Cheese Cups but they were gone before I could snag one.  That’s a good sign!

What’s your longest run without a day off?