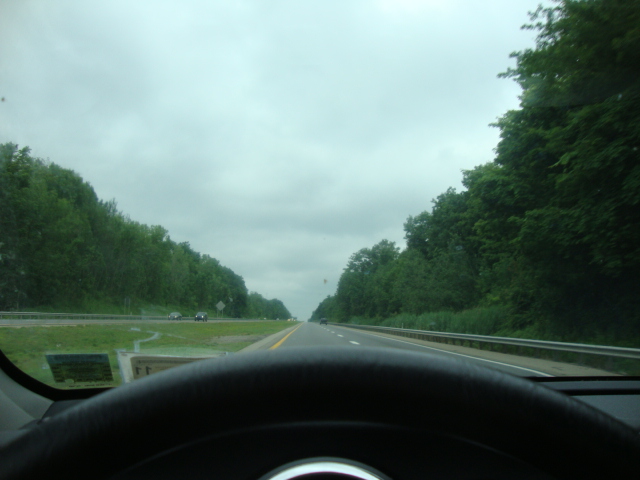 Confession # 2 – When I was a little kid my parents weren’t allowed to talk to me in the car.  That’s because I was in the back seat ‘telling stories.’  St. Thomas has no highways and most of the roads cut through mountains thick with underbrush, the perfect scenery for story telling.  Usually I was Caddie Woodlawn, running through the bush with my brothers.

Confession # 3 – I’m afraid of cars.  I’m a good, calm driver, but that doesn’t mean that cars aren’t giant killing machines.  I think driving should be a privilege, not a right.

Confession # 4 – When Adam and I moved from Brooklyn to Buffalo two years ago, I had to drive the Pontiac on my own and I was a little nervous.  I was following my brother-in-law in the moving van but it was pouring rain and there was lots of construction.  Plus it was the first time I’d driven in the states (on the right) in two years.  I spent the first 100 miles sobbing and eating an entire sleeve of Pringles.