When Adam and I were miserable, teaching in New York, we would escape in entertainment.  I genuinely believe that “Scrubs” saved our sanity (and our marriage!) during our first year.  During our second year, things had gotten much easier but they were still much harder than we had ever imagined.  On Sunday nights, when none of our plans for the week were complete and things felt hopeless because even after we stayed up all night writing them we’d still never get to teach the damn plans, one of us would say it – “Do you want to see what’s playing at the movies?“

Something was always playing.  And if there hadn’t been I’m pretty sure we would have convinced ourselves that something from the previous week was worth rewatching.  Our studio apartment was on the corner of 2nd Avenue and the movie theatre – a fabulous revamped spot with a galaxy of stars sewn into the carpet and classic movie posters lining the walls – was on the corner of 13th.  Those eleven blocks, and every single store and restaurant along the way, are forever etched into my memory.  No matter how we felt before the decision to see a movie, that walk always felt hopeful.

But times have changed.  Now I’m in a Dietetics program (that I quit my career to join), and letting Adam talk me into seeing “Paranormal Activity 2” (I hate scary movies) at 9:10 on a Tuesday night is just a bad idea (a really bad idea).  But that’s what I was doing yesterday!

Thankfully, today I really did get it together and I managed to take care of my to-do list.  My eats were nothing if not unorthodox and I can’t help but credit that in my success at actually taking care of business.  Should I have chocolate for breakfast every day? 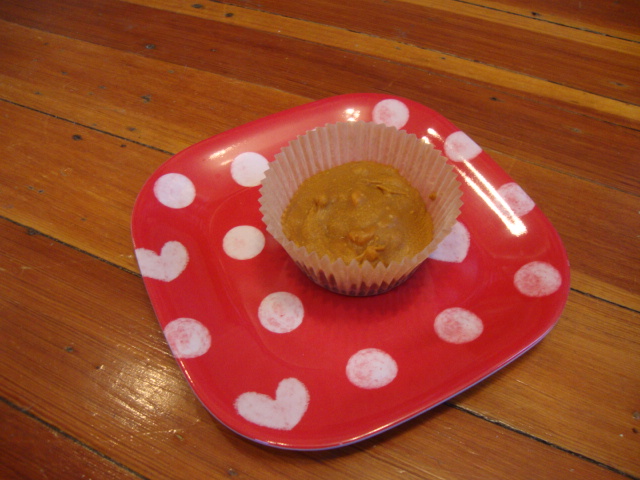 Because that’s what I did today.  I let Adam gobble up most of the homemade pb cups, but this one was special.  A layer of chocolate and a layer of butterscotch, sandwiching a layer of crunchy peanut butter?  Oh yeah! 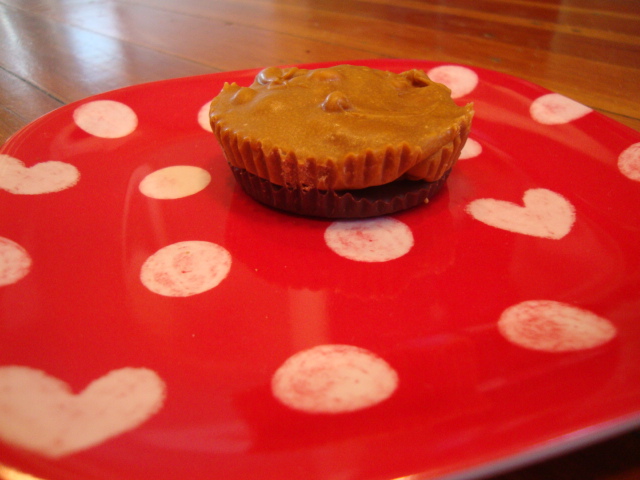 Yesterday I roasted this delightful orange acorn squash with a teeny bit of honey and salt. 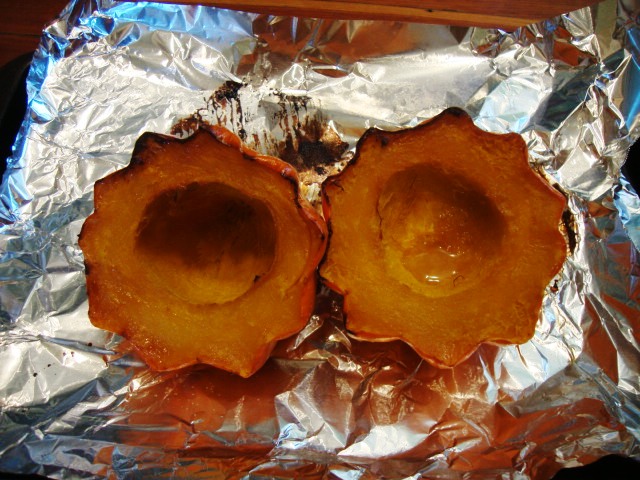 And today all I had to do was reheat and mash with a bit of Smart Balance Light.

Sort of like mashed potatoes, but a thousand times better.

For lunch I crunched through Anatomy with a bag of baby carrots and sliced Empire apple.

Btw – after the curves I scored an 89 on the Orgo test and a 74 on Anatomy.  I need to step up my Anatomy game for the remainder of the semester (I do, however, have a 96% as my Anatomy Lab current class average!).

Adam came to study with me between classes and Orgo lab and generously shared a few bites of pizza with me. 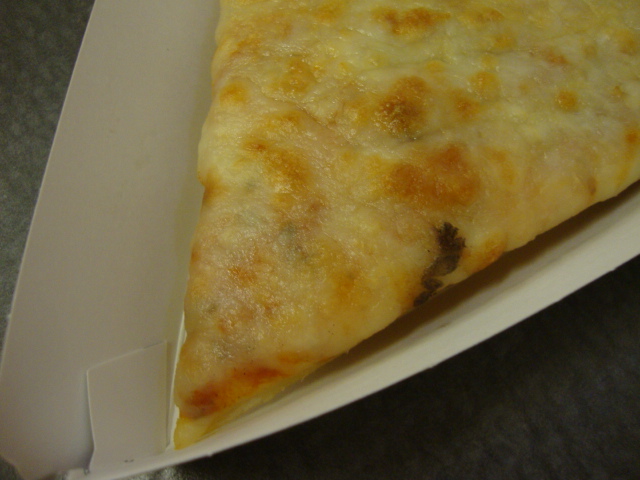 When I realized that I was actually considering punching him in the face and trying to make a break for it with the pizza I deemed it time for an early dinner. 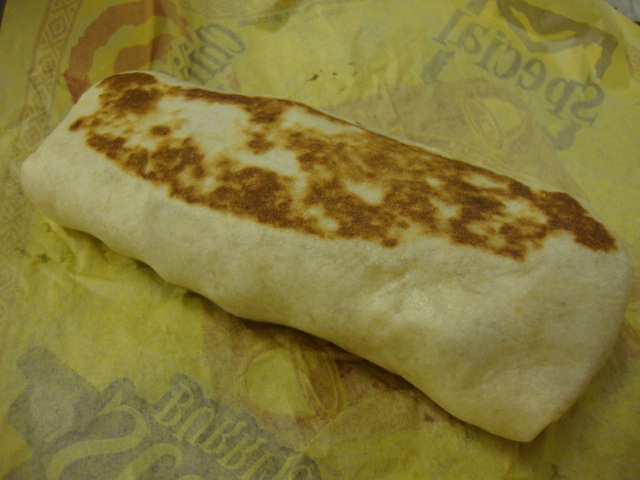 We took a quick walk around the ‘hood on the way home (glorious!), so 4 hours after my burrito I had dinner, part 2. 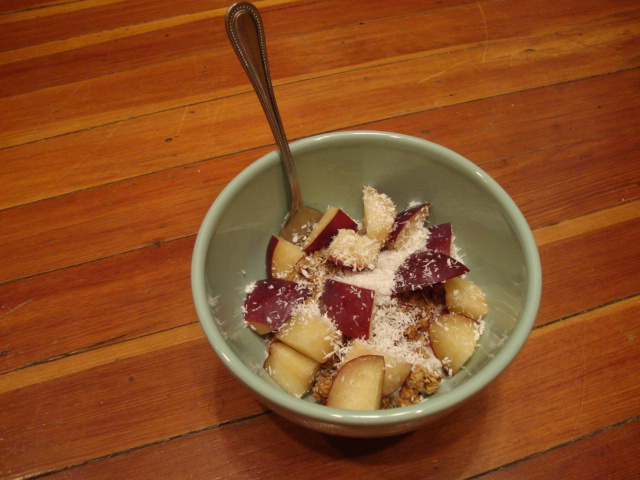 I need to remember this combo in December, it felt very ‘visions of sugar plums.’

Maybe you’ve noticed my lack of gym time?  My plan/goal is to smash my to-do list over the next 4 days.  Whether I succeed or I fail in that endeavour, I’m returning to the gym come Monday!

Do you ever escape in entertainment?  How often do you go to see a movie?