This past weekend we took a quick trip to our nation’s capitol.  It was a whirlwind in-and-out visit but I did have time for two museums, three monuments, and an epic dinner.  Adam had a surgical quality improvement conference on Sunday and I tagged along to spend the day with a girlfriend who lives in the city. 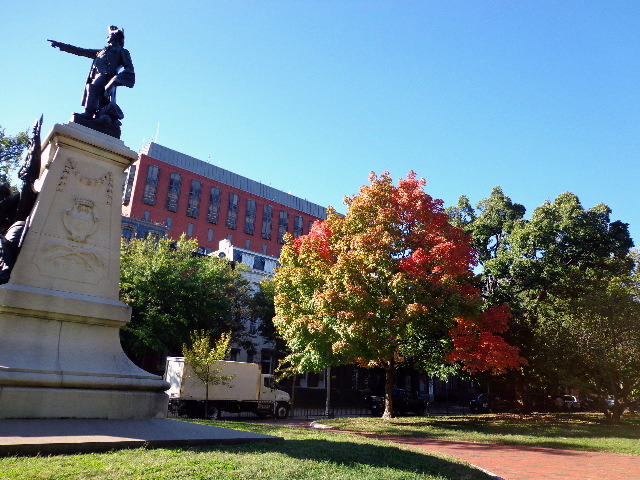 We spent practically as much time in the car as we did awake in DC.  Here were the healthier car snacks – 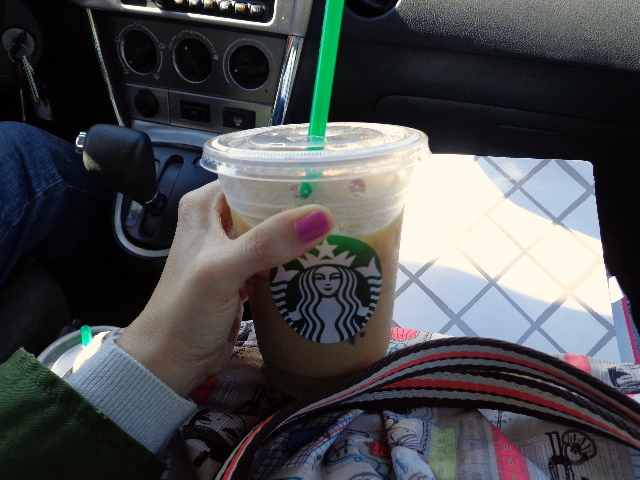 On the less healthy side, I also had potatoes in multiple forms.

We stayed at the hotel where the conference was being held, much fancier than we’re used to. 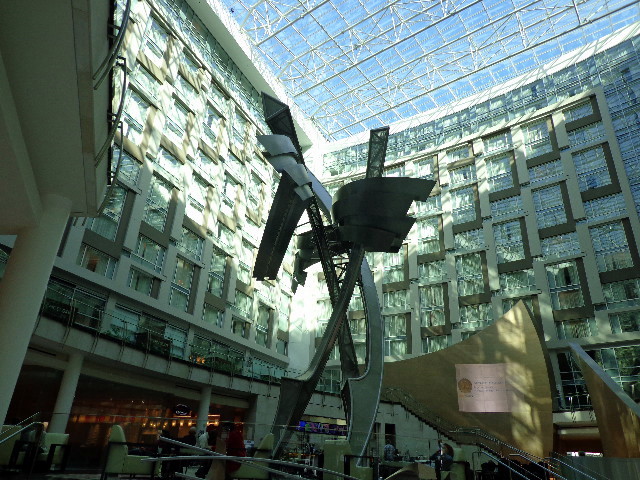 There was a lobby atrium (which our inner room looked out over) and trail mix bar.

We got in pretty late in the afternoon on Saturday, but had enough time for a visit to the Renwick Gallery.

Then we took a long walk around the river basin, and up to the Washington, Lincoln, and Jefferson Memorials. 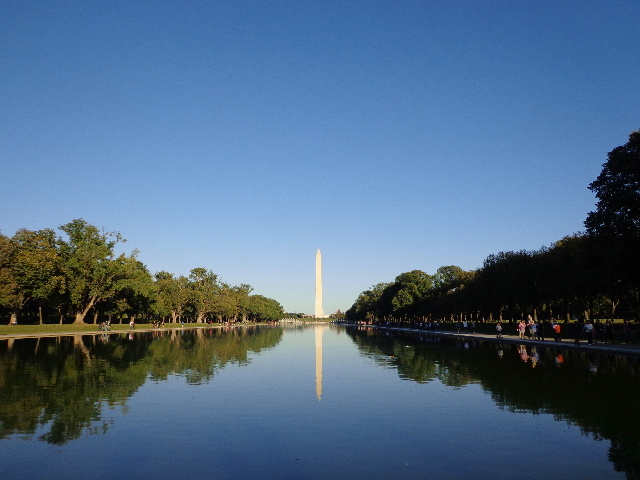 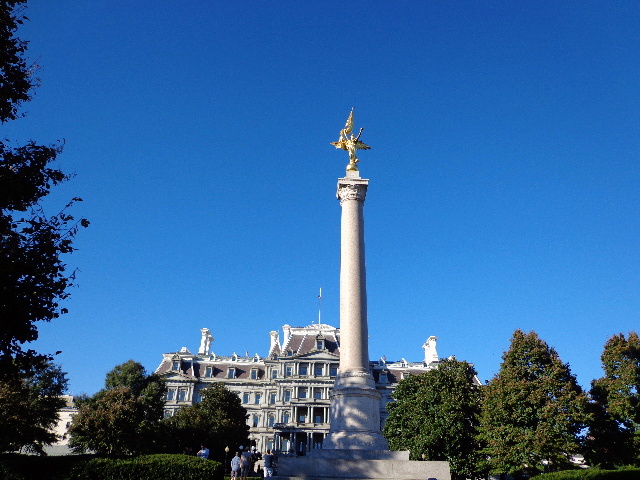 The timing worked perfectly so that we could catch the reflecting pool near sunset and it was stunning.

That night we met up with friends for dinner.  Returning to Tail Up Goat was our number one priority for this trip.  They recently earned a Michelin star!  The food was as fabulous as we remembered.  I got an itsy bit drunk so I’m not great on details, but once again we tasted more than half the menu.

My cocktail with vodka and apricot was lovely.

The crispy salt cod balls – no photo – were Adam’s favorite dish.  We also split a cheese plate with cocoa nibs and orange and Campari jam.  I’m pretty sure I never want to eat gouda sans nibs again, their crunch and sweetness was genius with the cheese. 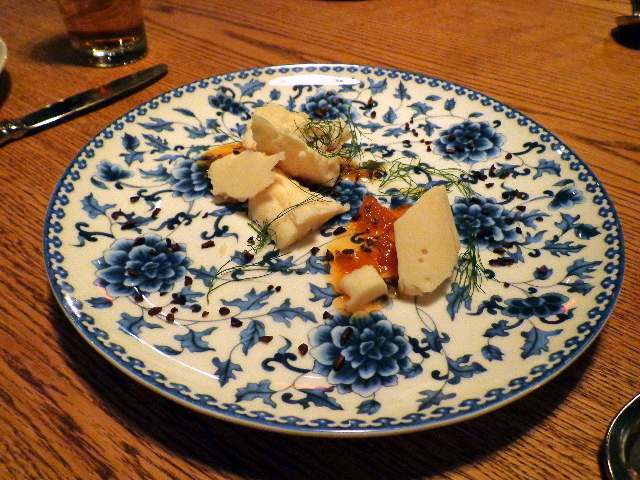 For my entrée I did roasted eggplant with red onion, za’atar, hazelnuts, and burnt bread sauce.  Guys, that bread sauce is no joke, especially with the creaminess of the eggplant. 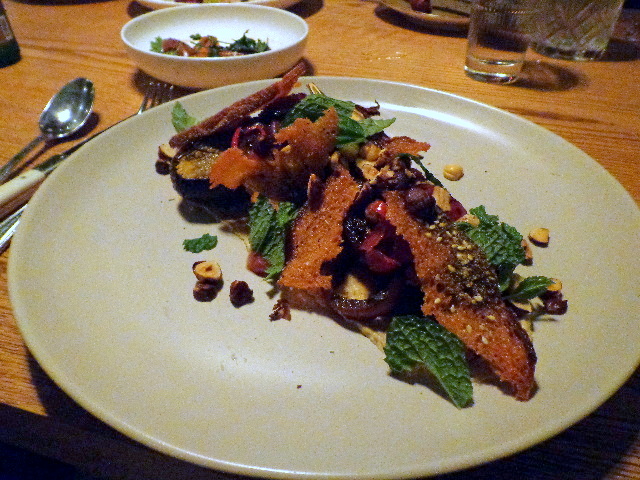 We also swooned like crazy over the pistachio roll (like a cinnamon pecan roll) with labneh gelato and fennel honey.  10/10.

Sunday morning I slept in and took advantage of hotel room cable.  Adam had a busy day of learning and I had a fantastic afternoon walking around with my girlfriend.  I had several iced lattes and we had beers and bar snacks on a patio in the sun. 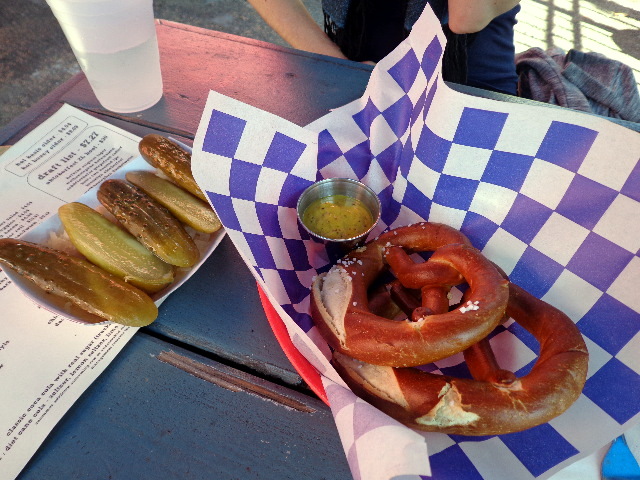 The weather was crazy all weekend, I planned for layers when I packed but ended up shedding everything I could because even my thin scarf was too hot!

We settled in the AC at Ted’s Bulletin.

They had turkey reubens.

Before I knew it I was back with the husband and back on the road.

Vacations are great but coming home is the best – there was a dog on my lap while I wrote this post.  ❤