A blogger can not live on popcorn alone, so I did make myself a lunch lunch around 2:30. 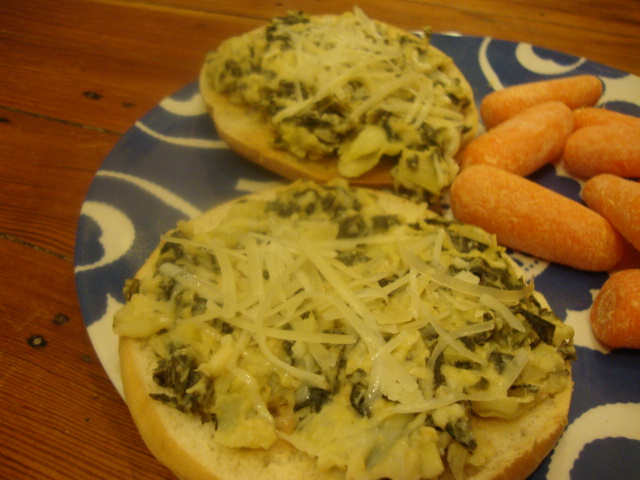 and a handful of baby carrots.

I also at a Rocky Road mini ice cream.

I had some plans for dinner – plans I tell you, plans dammit! – but then Adam called.  No he didn’t get home late this time, and I’ve decided that from now on I’m just going to cook dinner as scheduled and not wait anyway.  But when he did get home on time we would need to find the recipe for, purchase the ingredients for, and then bake coffee cakes.  For tomorrow morning.  Gosh darn it, husband!

I shouldn’t really complain though, he mostly did the cakes by himself and I got a dinner out on the town out of the deal. 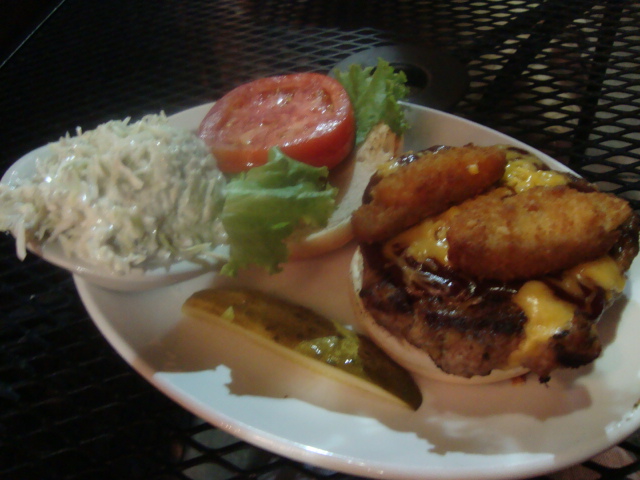 We went to JP Bullfeathers, because I like their stoic looking bear statue. 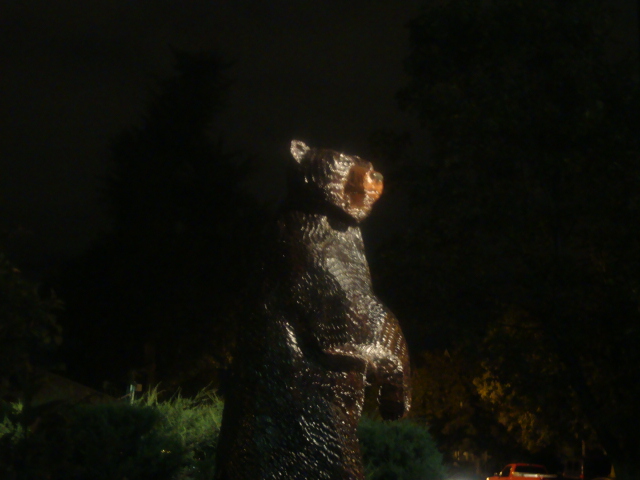 After my carb-filled day I was ready for some meat. 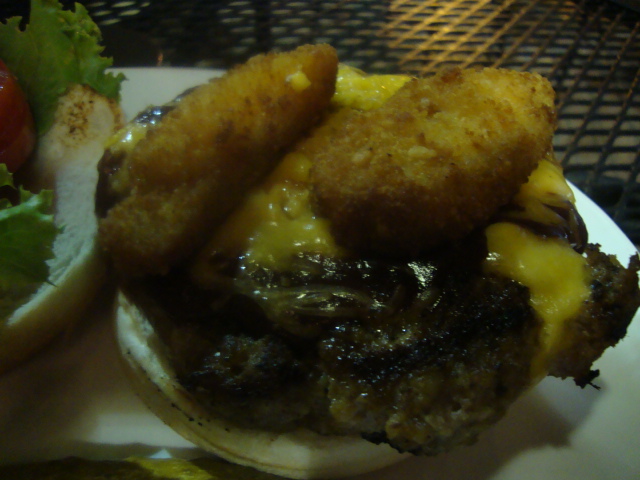 The Cowboy Burger from JP Bullfeathers is a turkey burger with bbq rub, melted cheddar, bbq sauce, and jalopeno poppers on top.  It came with a side of cole slaw. 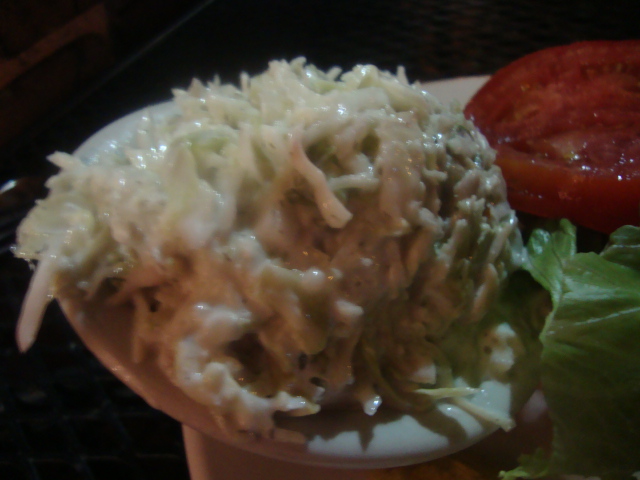 The cole slaw was only ok (I ate it for the veggies) but the burger was fantastic and exactly what I was craving.  I pushed the bun to the side but otherwise it was devoured.  Meghann blogged about needing a meat fix too so maybe there was something in the water at HLS!

Sidenote – I almost never crave meat meat.  When I say I’m craving meat I typically mean turkey.  I’ve never in my life had a craving for lamb or pork.  Since I stopped eating mammals 13 years ago I crave a juicy burger once or twice a year but other than that I’m generally grossed out by the idea.

How often do you crave meat?  Are you an omnivore or a veg-head?