Hello, there.  I wrote this last night and intended to post but Webster was being a psycho and it got too late.  It’s a good thing he looked like this for several hours this afternoon or I might have smothered him. 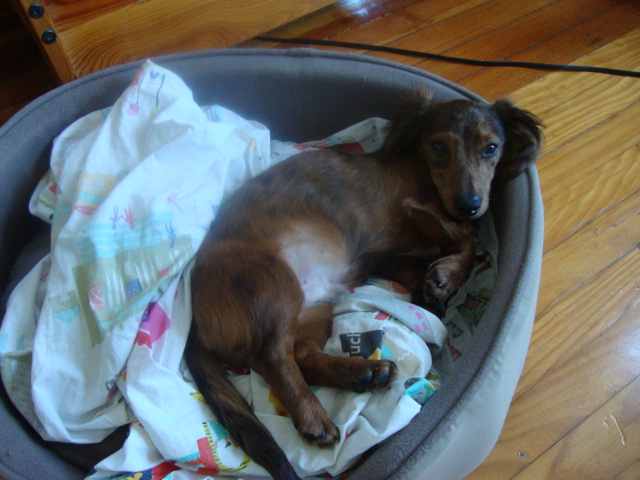 Since I didn’t eat very much on Monday, I woke up yesterday starving.  I turned to the tuna noodle casserole Adam made while I was away. 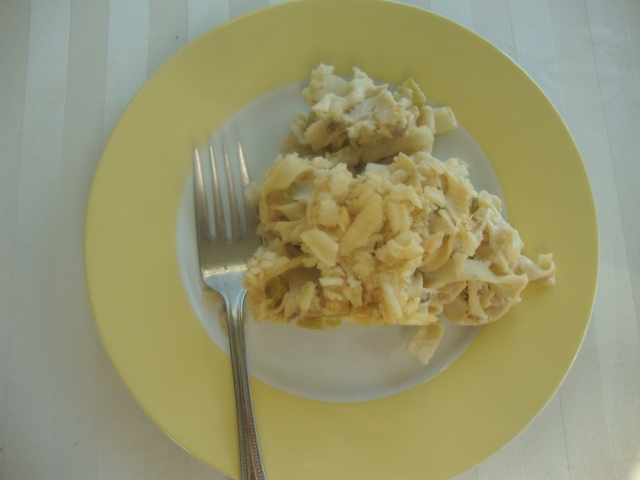 This was tasty and it filled me right up so I could work on my Sabra/Foodbuzz contest post.

Many nibbles were taken during the creation of those recipes. 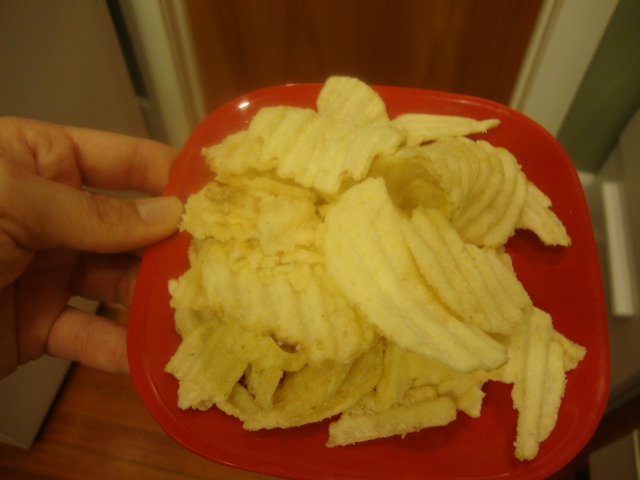 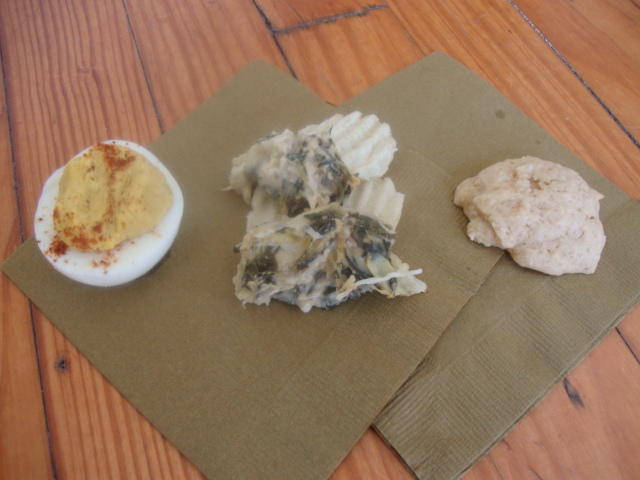 But I still had time for lunch when all was said and done. 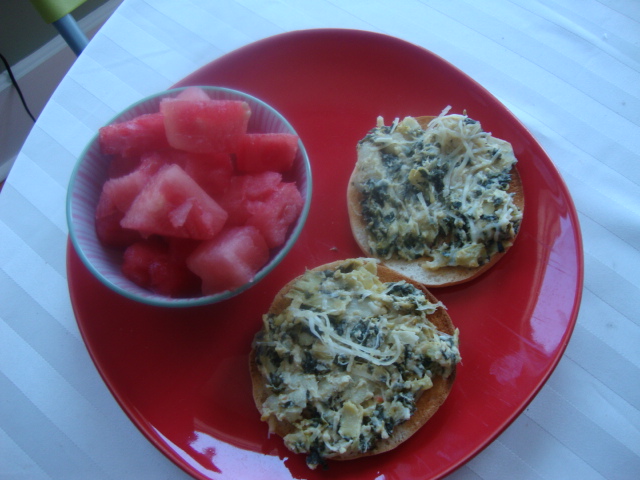 A toasted Bagel Thin with spinach and artichoke hummus dip,

plus a bowl of watermelon chunks. 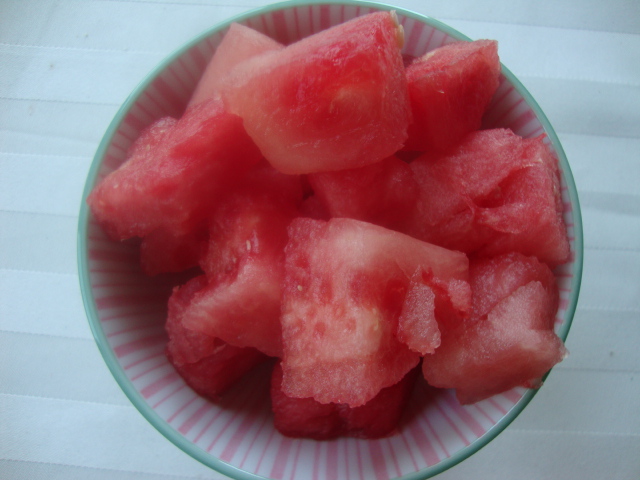 For dessert I made myself 2 s’mores in the broiler.
It’s a lot easier to ignore the fact that your puppy is puking up the carpet he devoured when you’re eating a toasted marshmallow.

I also ate a serving of Raisin Bran Plus later in the afternoon.

This was supposed to be fuel for a free yoga class but since it was canceled at the last minute this ended up just replenishing my saddle bags. 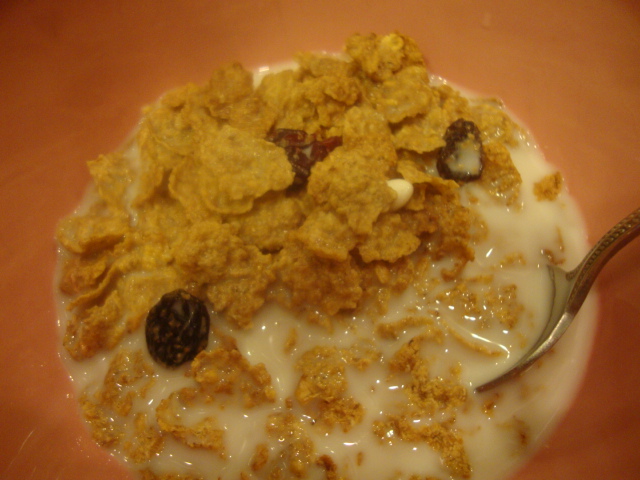 For dinner Adam and I split these nachos.

I specifically said “whole black beans please, no refried beans” but for some reason these were loaded with both.

I still ate my full share though so I guess I shouldn’t complain.

Moving to the present… I just got home from an orthodontist appointment and most definitely ate these cookies on my drive home.

They did impressions and I just can’t stand having that gross chemical flavor in my mouth!

Now I’m off to find some real food.  I’m also headed to school to run a session with some incoming freshmen.  Have a great Hump Day!