Goodbye, Sunday; and hello, work week.  More importantly, soon it’s goodbye, 2012!  And that first sentence was especially unimportant because I worked today and only have two shifts during the actual week; go figure.

This day got off to a great start and then rapidly went downhill.  Sometimes that happens.  And I plan on doing some baking to cheer us up as soon I hit publish.

On a good note, check out this awesome box of new flavors that Cascadian Farm sent me to sample –

I guess they heard my incessant raving about how good their Dark Chocolate Almond Granola is 😉  I ended up trying both products today, since I have no self-control when it comes to trying new things.  Both products (plus the Crunchy Bars in Peanut Butter and Oats & Cocoa) will be available in January of 2013.

Granola with yogurt for breakfast. 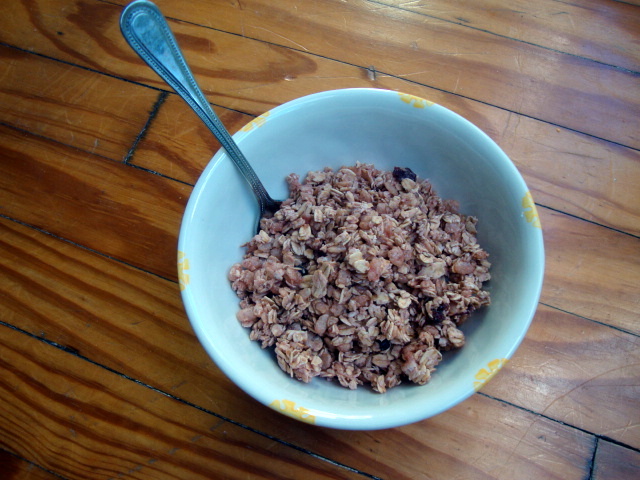 The granola was marvelous; I might like it even more than the dark chocolate almond!  It was sweet without being too sweet and crunchy without being tooth-breaking.  The light isn’t tricking you either, it actually is pink!  Even the bites without dried fruit leave you with a lovely taste of berry cobbler.  Adam ate a big bowl too and said that the granola held up nicely in milk.  He reported that he found it to be delicious, with a good amount of clumps.

The bar I ate as my snack at work.

The Cascadian Farm Organic Crunchy Oats & Honey Granola Bar gets the same review as the granola.

I loved it!  And did a little bit of incessant raving this very afternoon as I tried to tell the husband how good my snack was.  It had exactly the texture I’m looking for in a crunchy granola bar and crumbled nicely.  And the oats had this amazing aftertaste of honey.  I wish I had a better food critic’s vocabulary because I don’t really have the words to describe how good the honey flavor was.  I’m going to go with – round, clover, and authentic (vs. honey flavoring).  Does that make sense?

And I can now report that both the granola and the bar did a good job of keeping me full.  The only other thing I needed to eat before the end of my 4 o’clock shift was this handful of hard candy that I was using as a cough drop.

Also delicious, by the way.  They were milk coffee candies I found in an Asian market in Philly and I wish I had bought another bag-full.

My Cascadian Farm goodies kept me full through work, but by the time my shift was over I was starving.  Adam picked me up from work and we headed to an early dinner at DeFlippo’s with a Living Social deal. 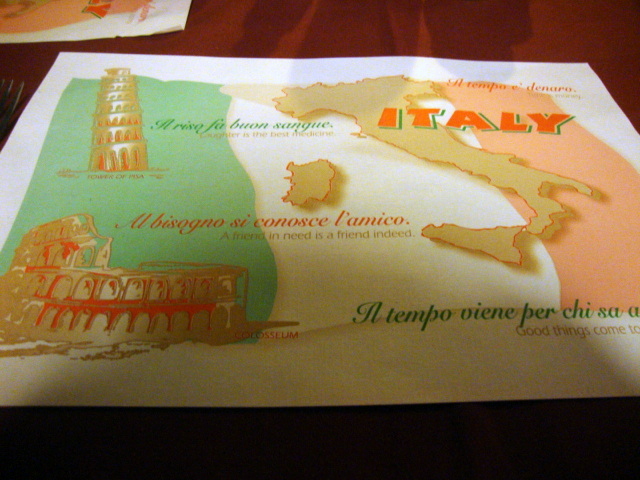 Caesar salad that was swimming in dressing and cheese and randomly came topped with tomatoes. 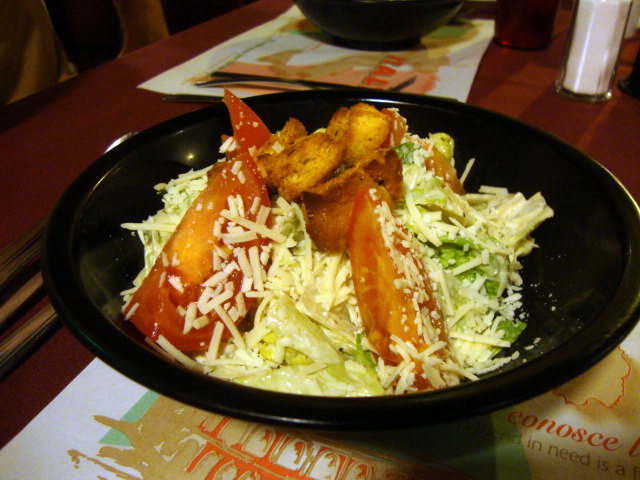 Cold bread with even colder butter.

Shrimp cocktail appetizer that Adam and I split. 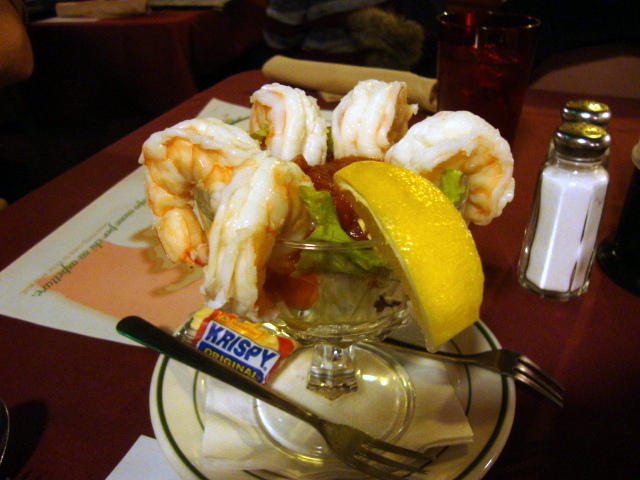 Randomly, this was delicious.  I don’t know how DeFlippo’s pulled it off – my guess is that microwaving the rest of the meal gave them time to shine with the appetizer! – but this was some great shrimp cocktail.  The shrimp had good texture and tasted very fresh.  They were served with enough cocktail sauce that you could actually dip each shrimp and the sauce was tasty as well.  Overall the dish was yummy; it was a very good deal for the price.

And then came my meal. 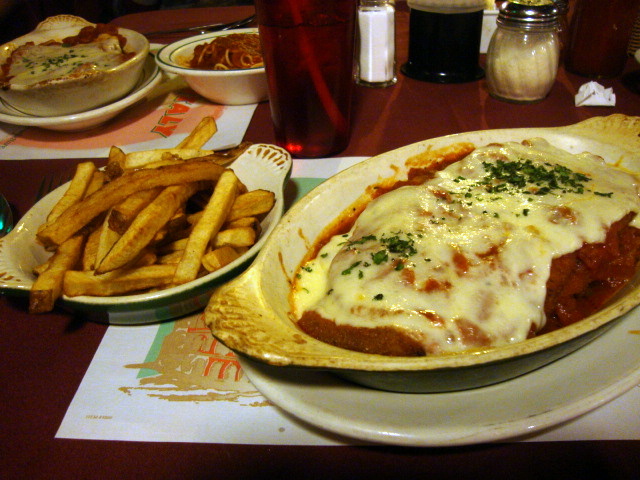 French fries were inexplicably offered alongside my “Italian” “food.”

These actually weren’t bad and I ended up eating most of them in desperate hunger.

“Eggplant parmigiana” {strong emphasis on the quotation marks} that was the single worst dish I’ve ever been served.

The dish could not have more clearly been bought frozen.  They must have tried to fry it at some point, because the eggplant had sopped up an astonishing amount of oil.  The makeup was 80% breadcrumb, 10% cheese, 5% sauce, and 5% eggplant.  It was terrifically bad.  I made myself eat away a corner so as not to be rude, and when I made Adam taste a bite I laughed so hard I almost cried.  <– he called it abhorrent.

We got milkshakes on the way home.

Peppermint swirl for me!

And now I’m off to make brownies.

Have you ever had a meal so bad it was actually funny?