I know I’m a day late on the holiday wishes but 2nd-out-of-8 is not so bad.

I’d love to tell you that I’ve been in a flurry of studying, but in fact I worked almost 22 hours between Friday and Saturday.  I am exhausted, cranky, and not as prepared for tomorrow’s exam as I’d like.  But it is what it is and I’m just glad I have a job.

I made another round of eggs with seitan. 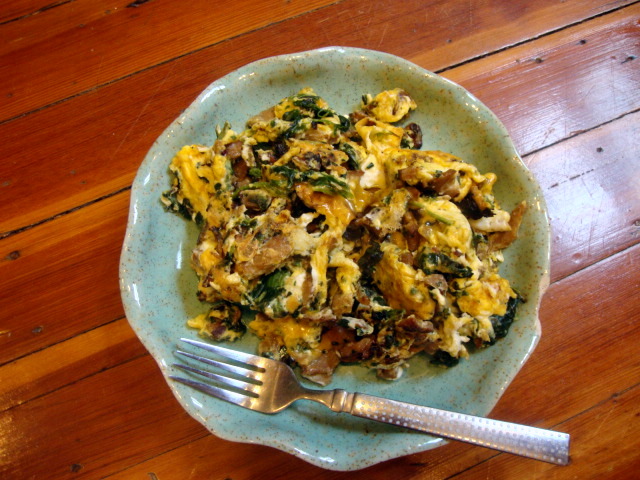 I had my first Starbucks red cup.

A gingerbread latte (I didn’t love it!) while forcing myself to study with a friend after work.

What I Was Up To Today (Sunday)

Other than oversleeping and wasting some time in the morning, today was nice and productive.  Apparently my body just doesn’t want to study before noon!

I was excited to try this Oro Blanco for breakfast.

Whenever I spot something I haven’t heard of before at the grocery store I just have to buy it.  Adam and I used to love Ugli fruit when we lived in the city and I was hoping this would be similar.

The Oro Blanco had a very thick layer of skin and pith like the Ugli fruit, but the flavor was not my favorite.

It was bitter in a way that made my stomach hurt and I ended up throwing it out after three segments.

Instead I split a Mike’s bagel sandwich with a friend.

The Mike’s sandwich is a bagel topped with cream cheese, provolone, and a fried egg.  It is amazing and ridiculous.

We spent almost six hours at The Spot so the sandwich was only the first of three orders.  I also had an iced coffee with skim milk.

And shared a slice of cheesecake (with a pretzel crust and chocolate ganache!) with a friend.

I just have to say – thank goodness for my great groups of friends or I would not have accomplished a damn thing today!  We went through the notes as a group and it was so helpful.  Not that I’m feeling all that great about a comprehensive exam in one of the hardest classes I’ve ever taken!

I snacked on baby carrots with blue cheese dressing when I got home. 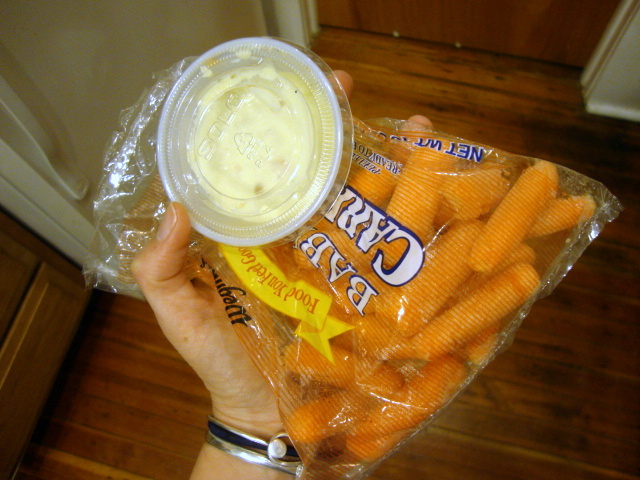 Plus a Shipyard Pumpkinhead Ale. 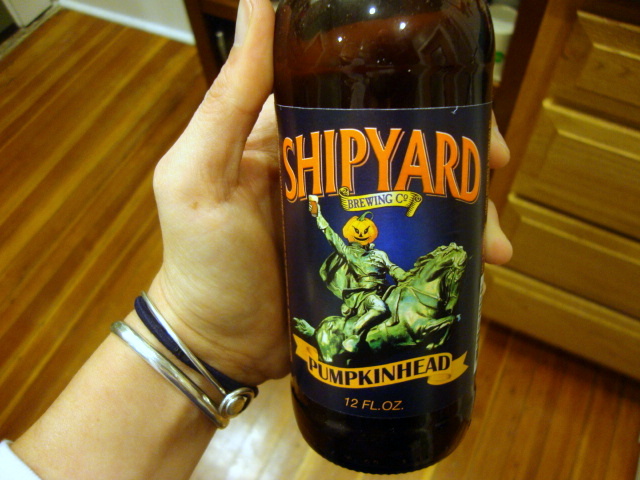 I have 3 pumpkin beers left over from October and I need to drink them before their out-of-season-ness drives me crazy.

I went to my freezer to get a little festive for 2nd night of Hanukkah dinner. 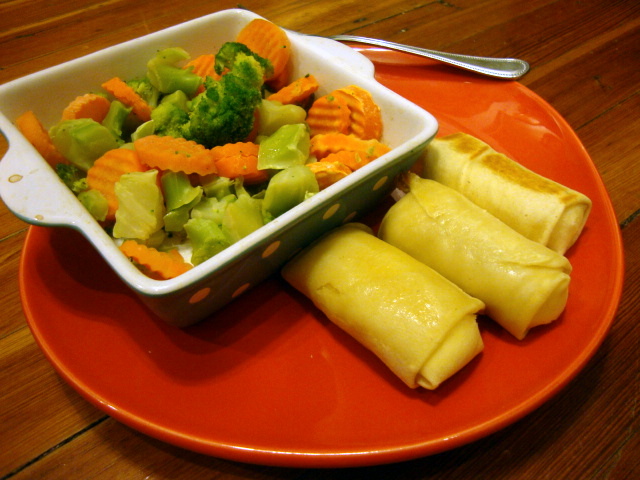 Both of the dinner components were very tasty.  I bought a bunch of frozen vegetables on my last grocery trip and I’m actually looking forward to using them.  And I have half a box of blintzes left that for which I need to purchase sour cream. 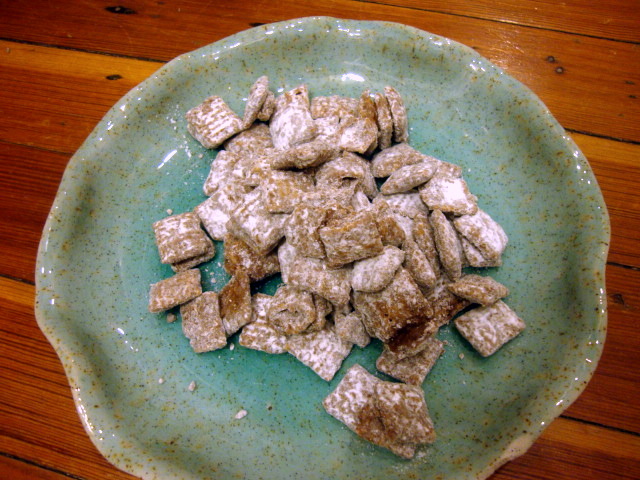 Biscoff Buddies!  I have a special version of “puppy chow” in the works and since I’ve never actually made puppy chow before, I wanted to do a trial run with a single serving batch.

Who else thinks I shouldn’t be blogging at midnight when I have a giant exam at 7:40 am?  Whoops!