I stayed up way too late last night waiting for Adam to get home, but that didn’t stop me from crossing not one, but two items off of my birthday goal list.  See, who needs New Year’s resolutions?

But first, I made us a fancy weekend breakfast. 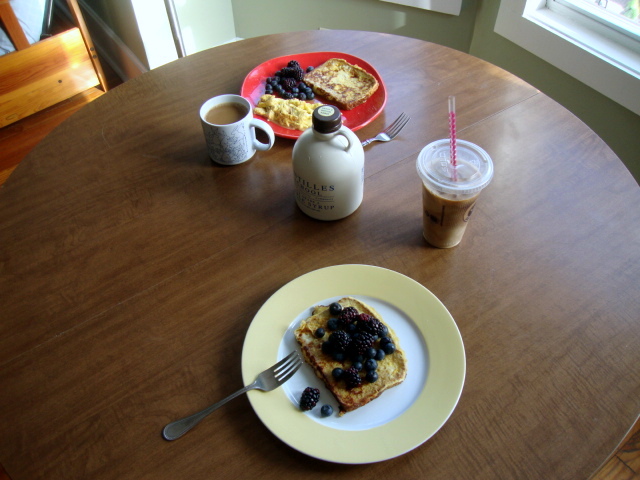 Actually, first I put Uggs (and a fleece I found in the dirty clothes section of Adam’s suitcase) over my pj’s to go out to Starbucks to buy Adam a coffee. 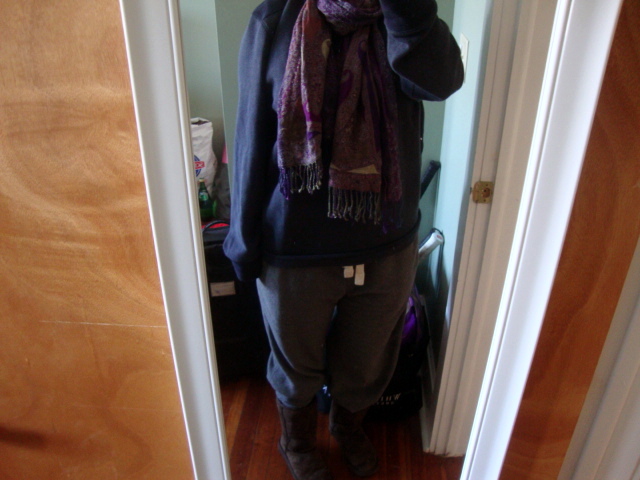 After the public embarrassment, I made us eggnog french toast. 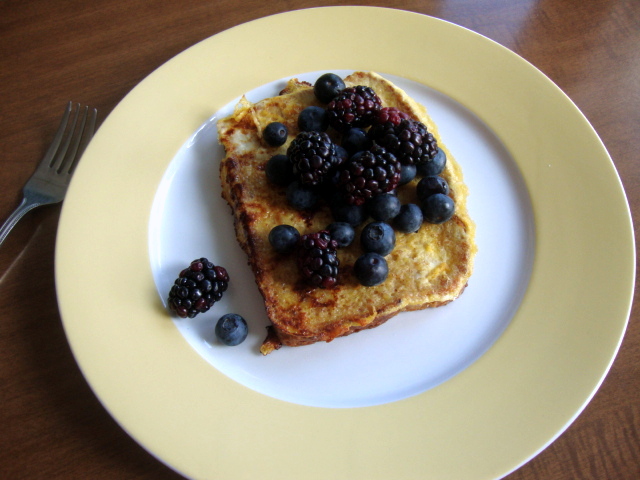 Two slices of whole wheat bread soaked in 1 large egg + 1 white, a big pour of eggnog (~1/2 cup?), 1 tsp of vanilla, and a sprinkle of cinnamon.  After a quick visit to a hot skillet greased with butter, I topped my slice with berries. 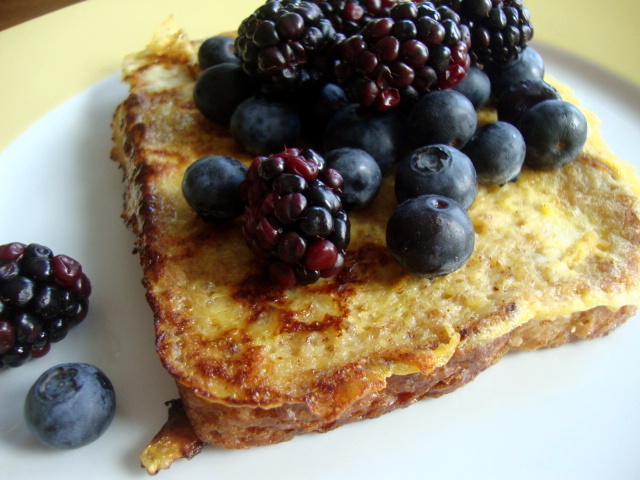 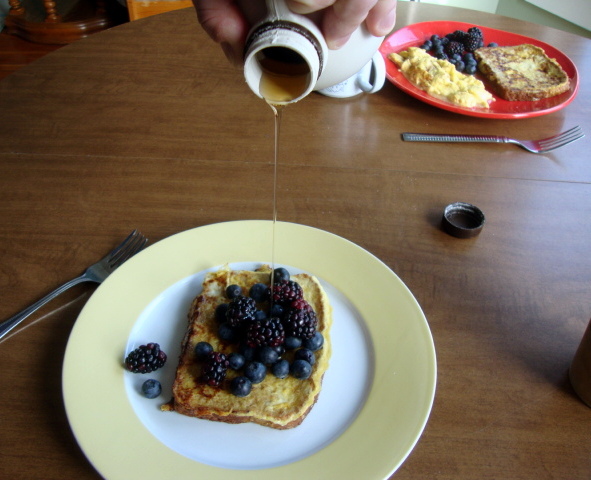 Delish!  I wish eggnog was a year-round treat so I could make this french toast again.

My iced coffee was from my fridge, not The Spot, but I like to reuse my cups. 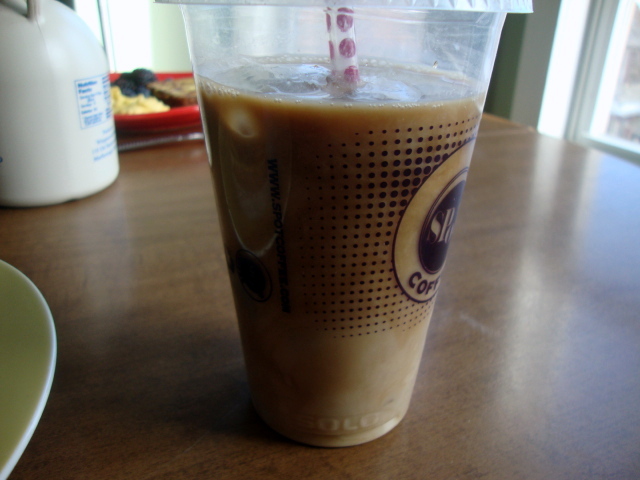 1 cup of Chameleon Cold Brew with a lot of Silk Unsweetened Vanilla Almond Milk and a little of sweetened almond and cashew cream. 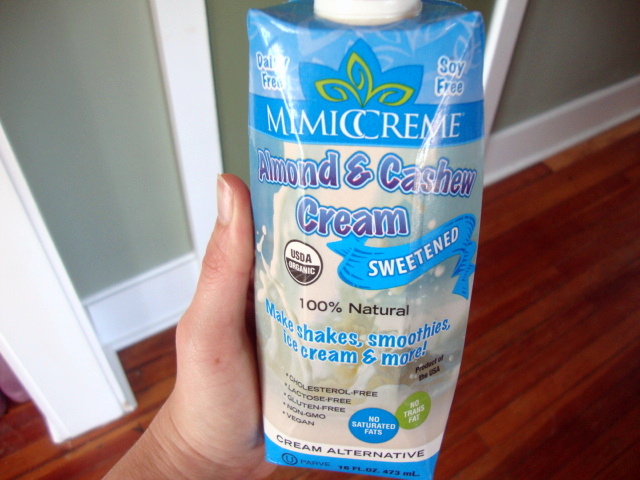 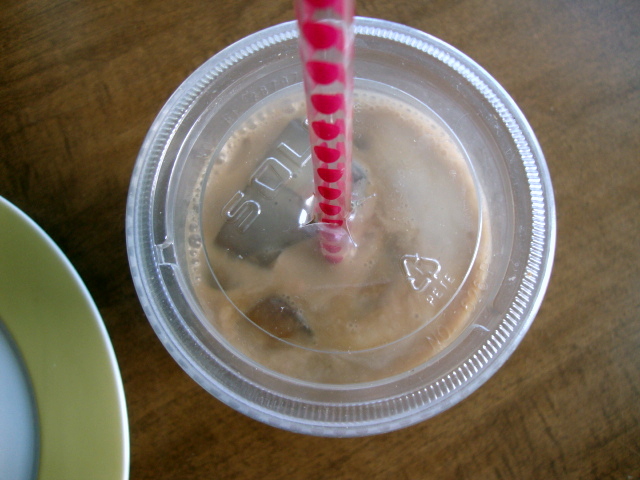 The cup was okay but the cream was disgusting and the rest of the carton went straight to the trash.

Also in the garbage?  This honey basil seed drink. 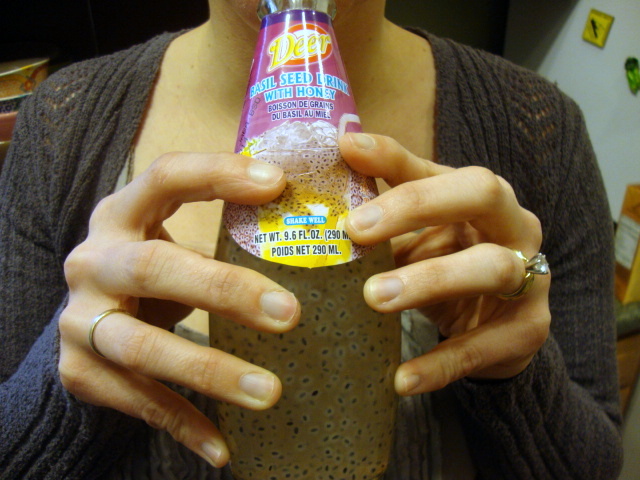 The frog egg texture worked for us, but the flavor did not.

My to-go lunch was much more successful. 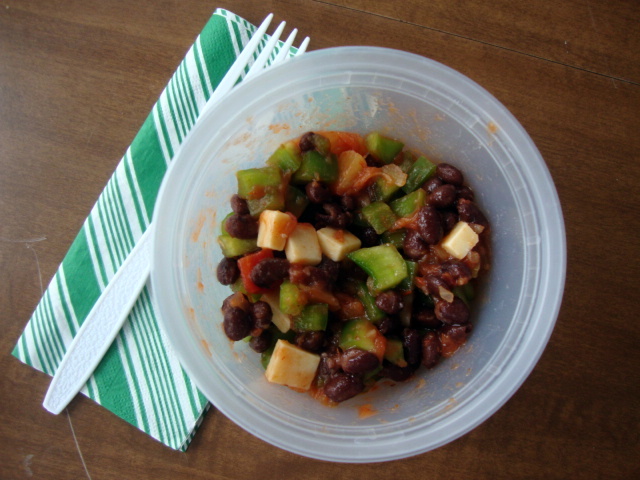 A riff on the black-eyed pea salad I want to eat for the rest of my life; black beans with chopped green pepper, pineapple salsa, and the last of the Kerrygold Vintage Cheddar. 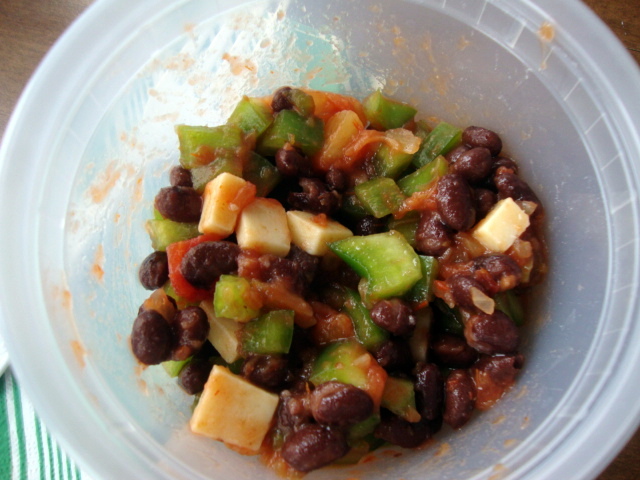 Not as good as the original, but still worth eating.  And it helped me achieve one of my birthday goals… 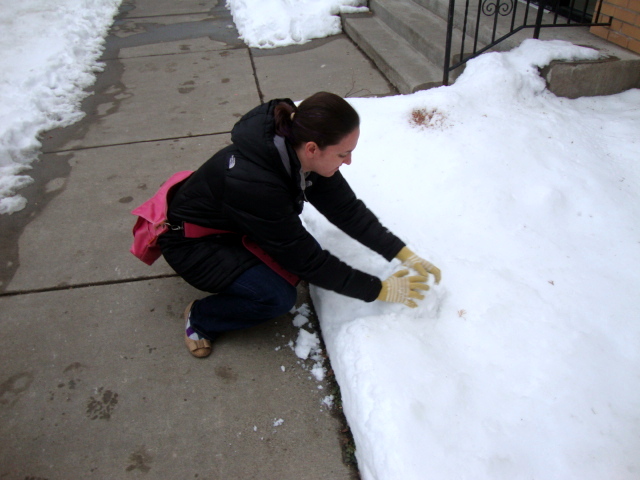 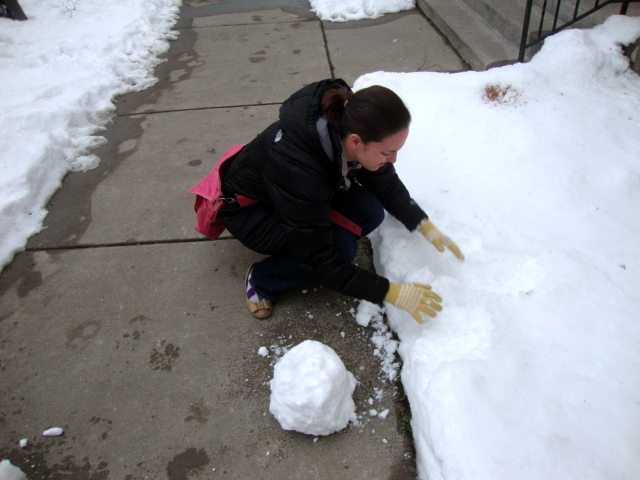 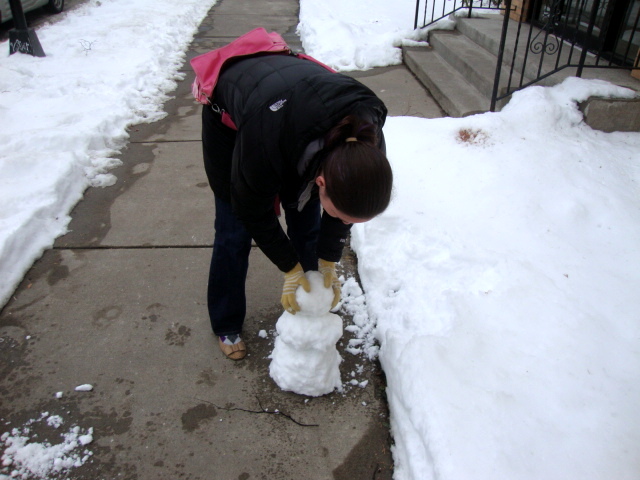 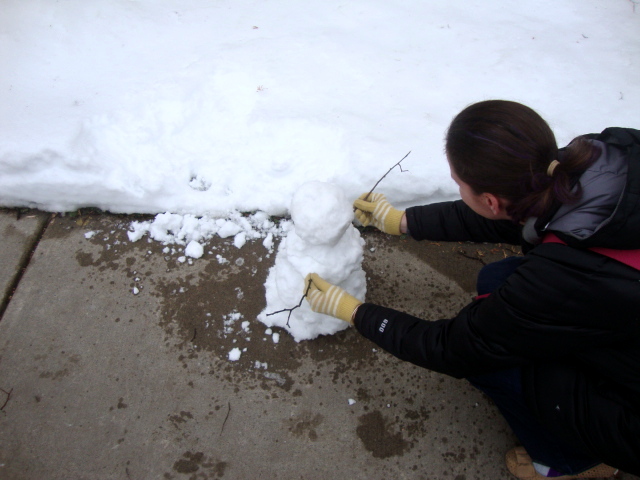 This was my 2nd snowman ever.  And my first was a inches-tall affair, decorated with buttons that were subsequently stolen, when I was three years old and in the states for a funeral; so I’m not sure that counts. 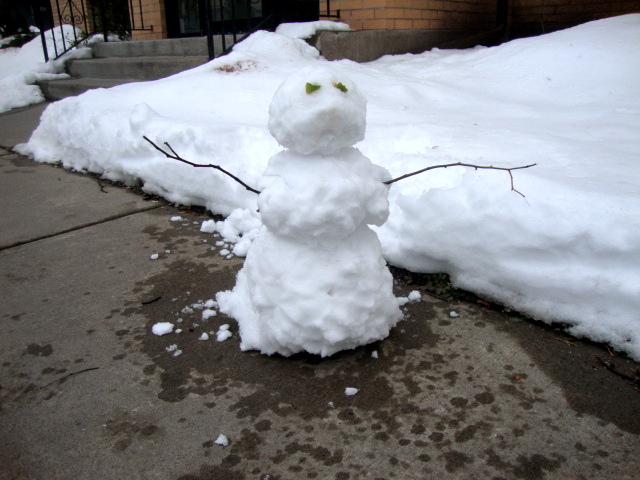 We used green pepper pieces from my lunch for eyes. 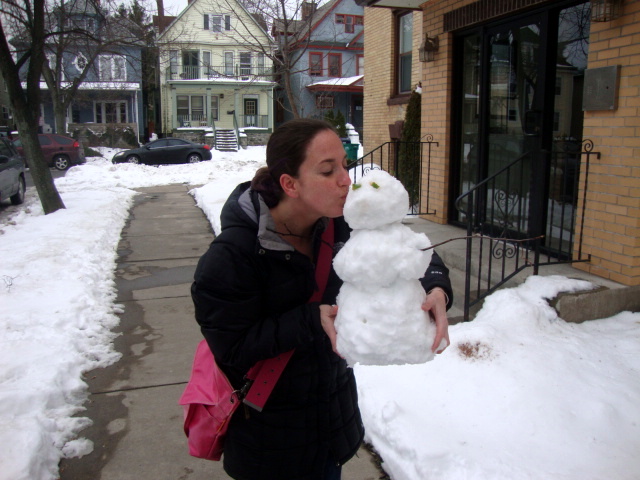 2nd achievement unlocked?  A trip to the Buffalo Museum of Science. 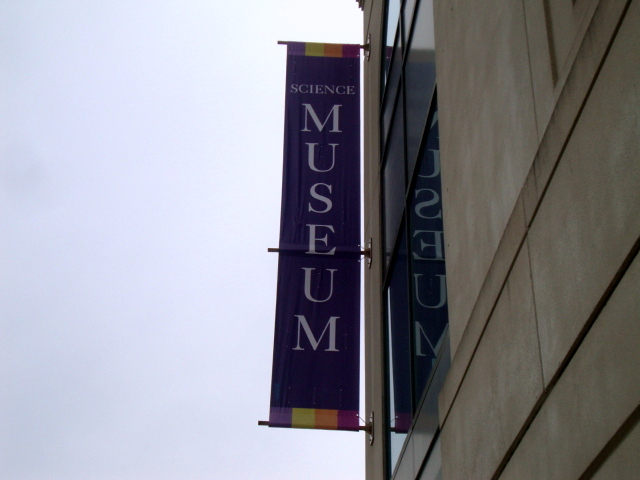 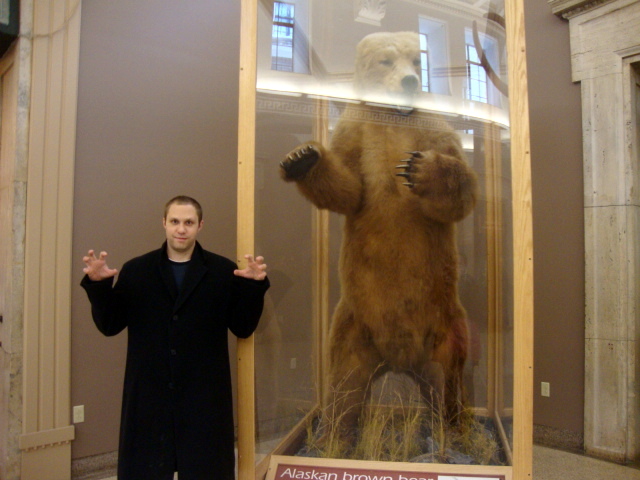 It seemed like the perfect museum to attend with a small child, but Adam and I were ready to go well within an hour.  I’m glad I went, but I never want to go back.

I got some produce into the afternoon in the form of juice. 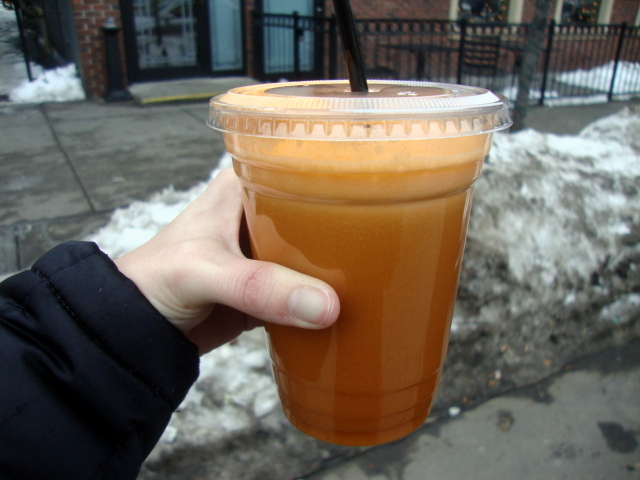 Kale, spinach, carrot, and apple.  It was tasty but sadly light on the greens.

Dinner was popcorn at a movie!  A cheddar and caramel mix from a specialty shop in the mall. 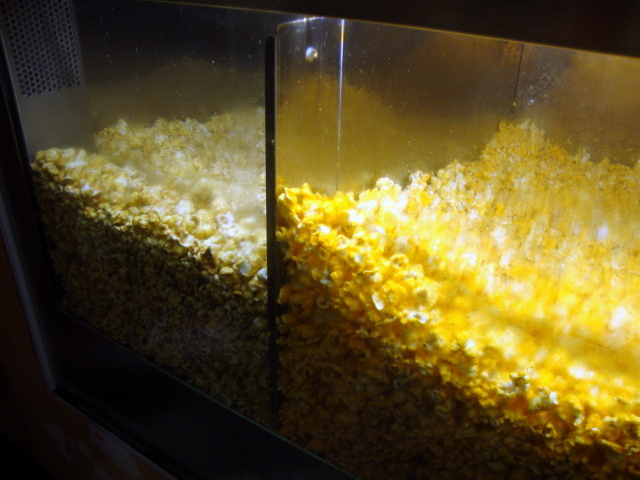 I really wanted this one, 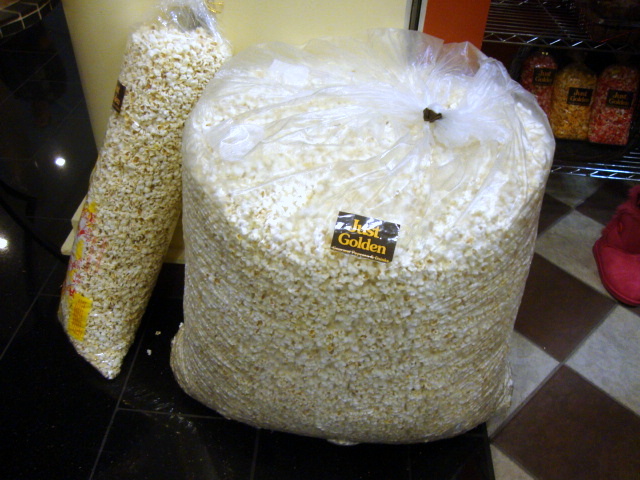 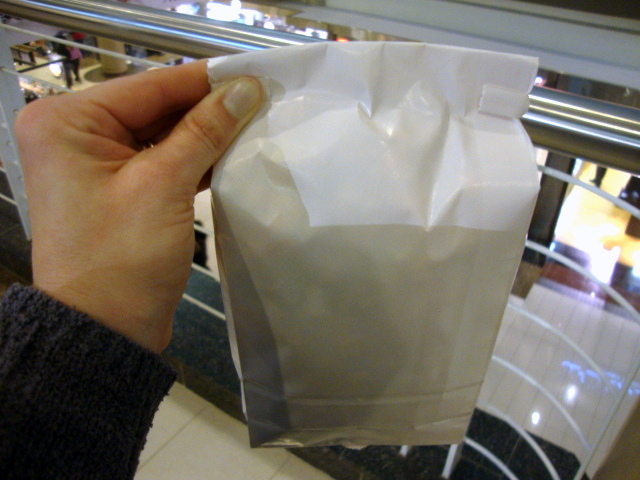 We saw “Parental Guidance” and thought that the snacks were better than the show.  Also, I’m very sad to report that we saw “This Is 40” on our anniversary and hated it.  Jude Apatow, I so want to love you!  Apparently we are not quite ready for kids?

What was the worst movie (or best!) you’ve seen recently?

2 thoughts on “On The Goal”