I didn’t post yesterday in a last-ditch attempt at today’s three tests.  This was not a successful plan.  Too little, too late.  Let’s just say that I’ve studied more for quizzes than I studied in total for these three exams.  At least my extreme disappointment in myself will serve as motivation the rest of the semester.  In fact, I’m not even going to talk about my tests in today’s recap; let’s keep things positive.

I had Adam drop me off at school early today to study (God, I miss the gym!) and I packed this Ricera vegan yogurt for breakfast.

Bletch!  One bite (and a lot of gagging) later and this was in the trash.  I don’t think I’ve ever tasted something so chemically in my life!  And the texture was indescribably bad, slimy at best.

Thankfully I picked up a tea on my way into the library.

This Republic of Tea English Breakfast Black Tea actually wasn’t half bad.  I need to make tea part of my routine more often.

Lunch was random and quick.  A leftover serving of Asian cole-slaw,

and a baggie of dried kiwi and hibiscus.

Yum, the kiwi was a fresh bag from OhNuts! and it tasted extra fresh.

Halfway through my second nutrition class I realized I made a mistake not packing more food, especially carbs – I was starting to shake!  Some really messy notes and a major headache later we were finally out of class and I tried to remedy the situation in the campus bookstore.  Peanut Butter Cookie Lara Bar, 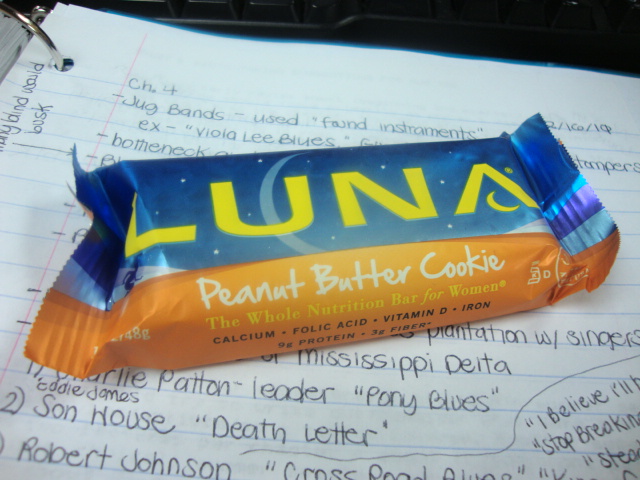 and a pack of (new!) Rainbow Mentos.

The dose of protein and sugar was just what I needed to get my through my night class/test. 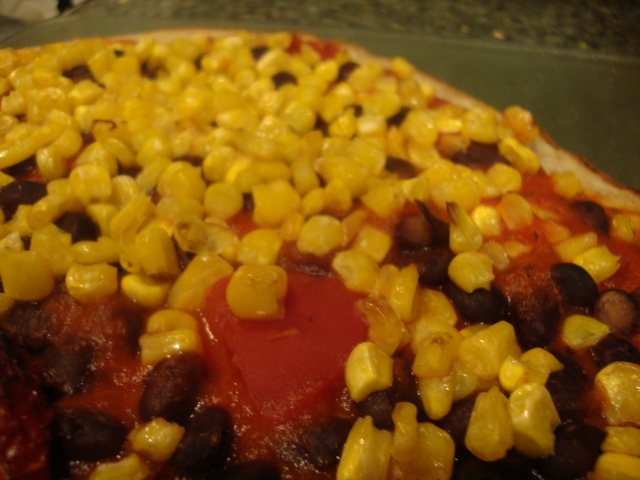 This combo was too awesome, the leftovers are going to be great tomorrow.

On side, steamed kale with Stubbs BBQ Sauce and raisins.

Try raisins in your next savory dish, I dare you. 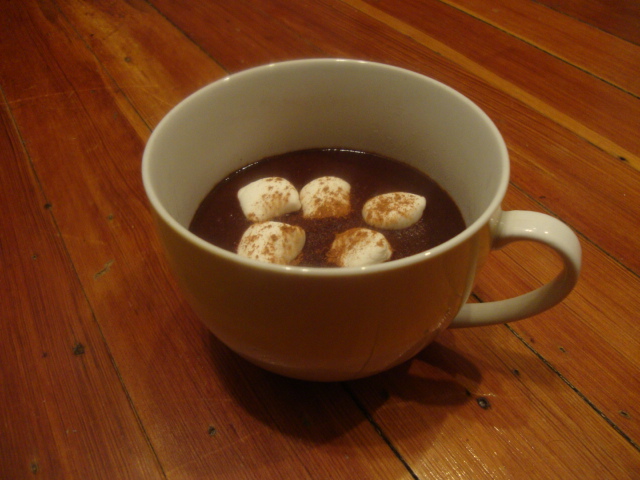 The cocoa was so thick and creamy it was more like pudding; I ate mine with a spoon!

We watched House while we ate (glorious!) and now I’ve got to get some beauty rest so I’m ready to conquer tomorrow!

Do you ever put raisins in savory dishes?