What’s going on around these parts?

Look at what I did at work yesterday – 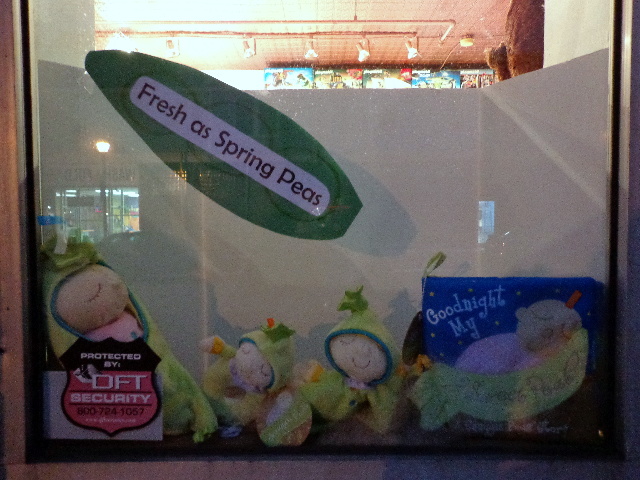 I probably should have taken pictures before it got dark out, but I did have a really good time making that train!

Even though there were only a few days to go, the Vegan 20 Day Challenge has unceremoniously …ended.  Not that my friend and I were doing that well anyway, what with eggs sneaking into half of what we both were eating.  But yesterday I dove head first into a slice of buffalo chicken pizza. (I also ate an entire bag of chips, but that’s neither here nor there.)  And tonight’s dinner involved these guys – 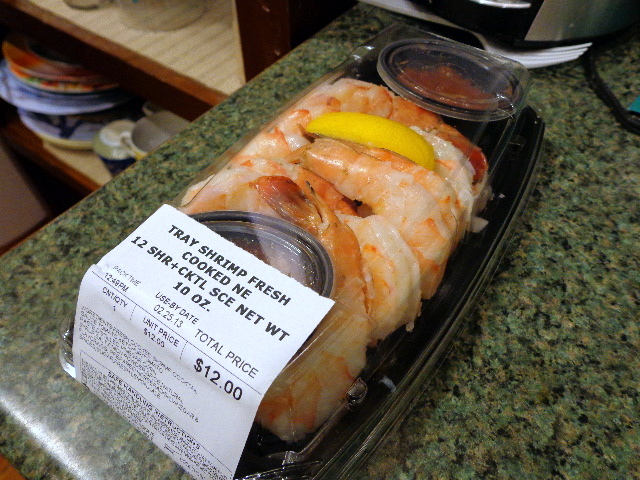 Adam and I have wanted to buy that shrimp plate for months and at $12 we finally decided to take the plunge.  So good! 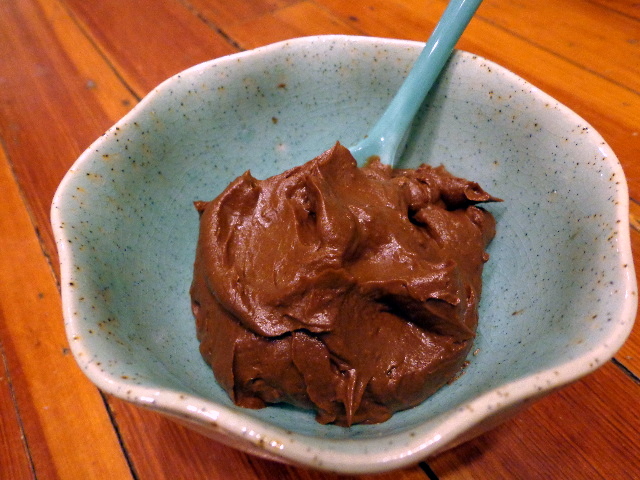 We made the Chocolate Vegan Mousse recipe from the Hey Shuga! website. 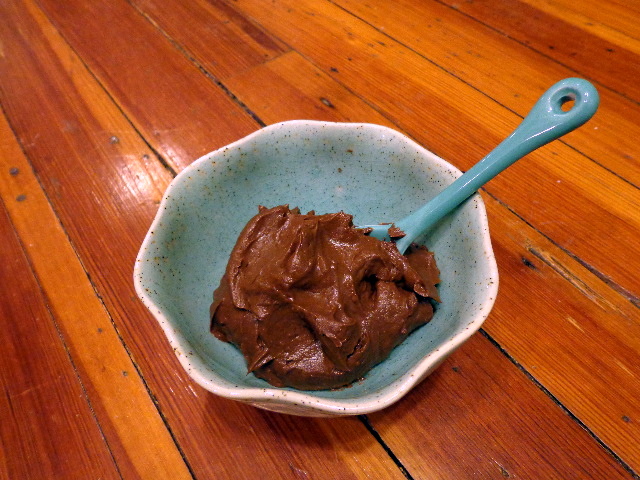 Full disclosure – I recently received a bottle each of Hey Shuga! and Lil’ Shuga! to sample.

Hey Shuga! is an organic cane sugar syrup.  It pours more easily than honey and blends into liquids easily.  Lil’ Shuga! is a blend of organic cane sugar syrup and stevia leaf extract.  I will be honest about the fact that I hated the Lil’ Shuga!; one small taste made me screw my face up in disgust.  I hate, hate, hate, stevia though, so take that as you will.  I shared the Lil’ Shuga! with a fake-sugar-user friend and she was a fan.  And Adam and I both thought that the Hey Shuga! was quite tasty.  We are both looking forward to using it in coffee and smoothies. 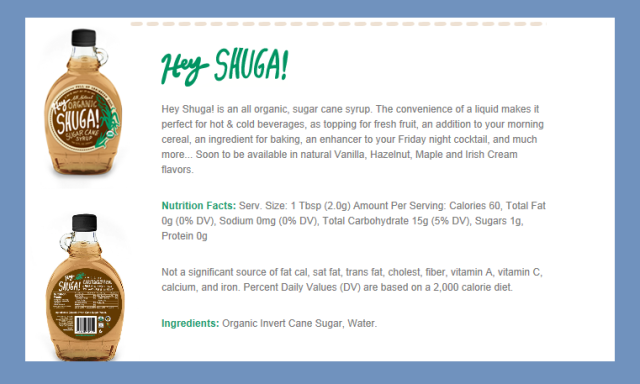 The company wanted me to let you guys know that both products are available in the Northeast at Wegmans.  They will be doing demos at many of the stores, including at Wegmans Eastway and Wegmans Pittsford. Hey Shuga! is going to launch a fun contest with prizes for people who submit pictures of the product at Wegmans, Whole Foods, or in specialty natural food stores and tag “@HeyShugas” on Facebook, Twitter, Instagram or Pinterest.

They also offered to let me share with you guys – I can send a bottle of Hey Shuga! and Lil’ Shuga! to one reader.  For a chance to win – leave a comment on this post before midnight on Monday, February 25th.

Have you seen the Hey Shuga! product in your local store yet?  Have you tried it?