Yesterday, Adam and I went on a day-date that would have knocked Homer Simpson’s socks off… 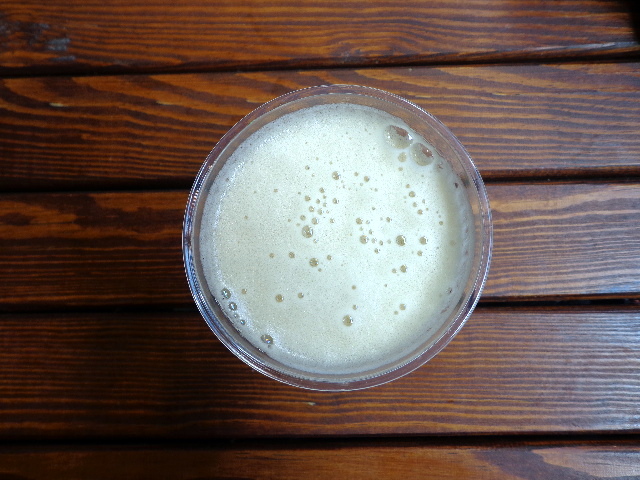 A day of doughnuts and beer!

We started with a trip to the Brooklyn Brewery. 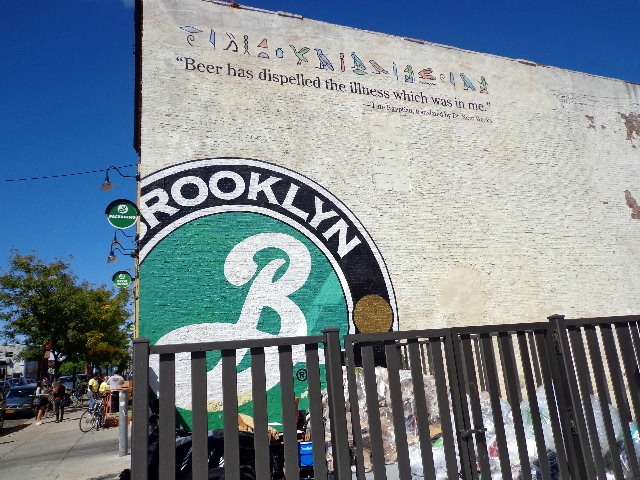 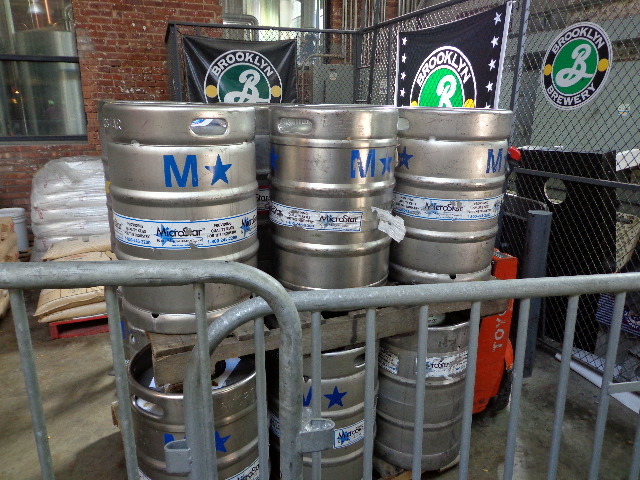 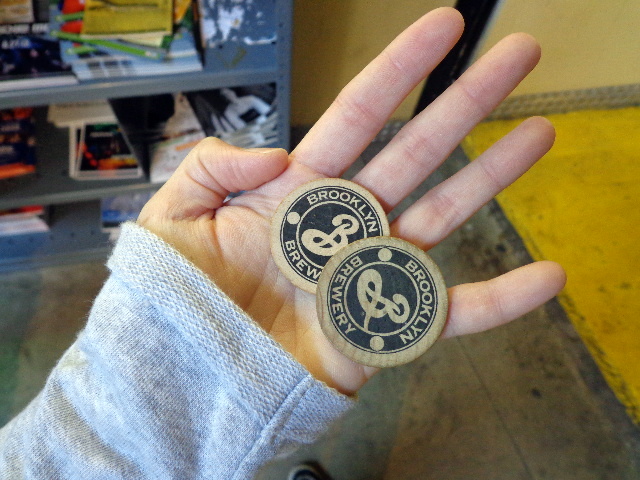 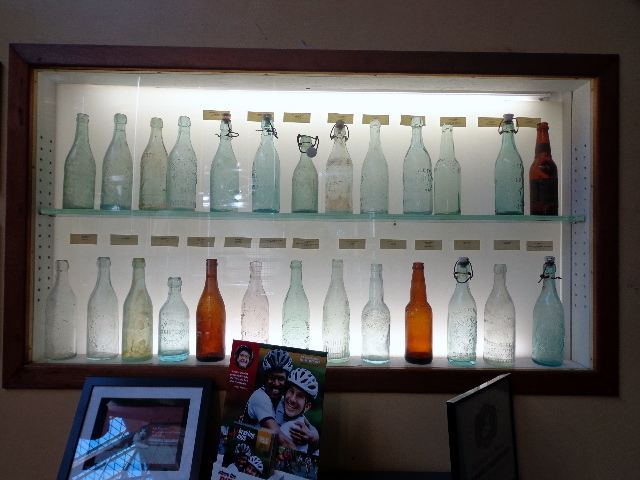 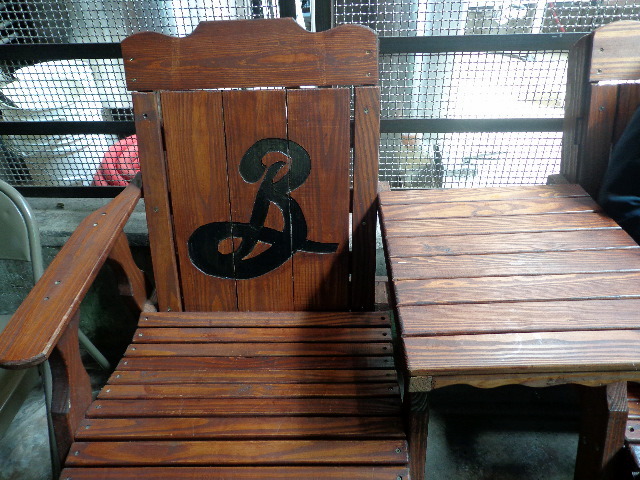 On weekends, the brewery leads free tours all throughout the day.  Adam loves beer, and I am weirdly obsessed with factory tours, so we knew it would be the perfect activity for us. 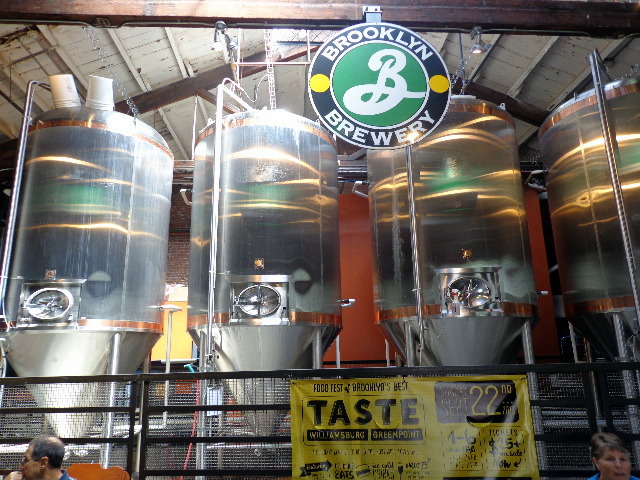 The tour took a little less than an hour and was awesome.  We didn’t get to see a whole lot, but we did get to taste some hops. 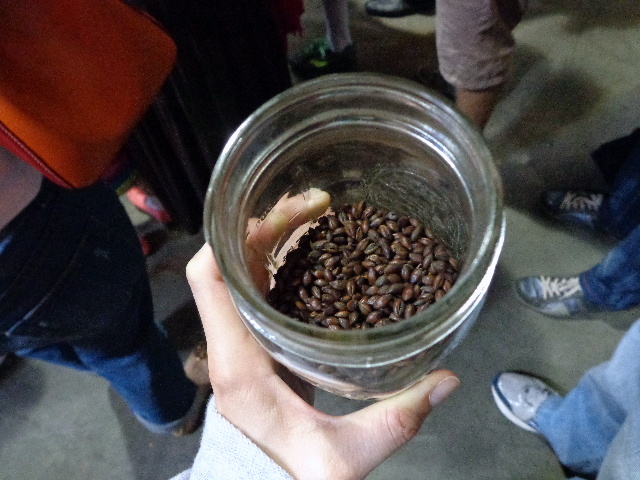 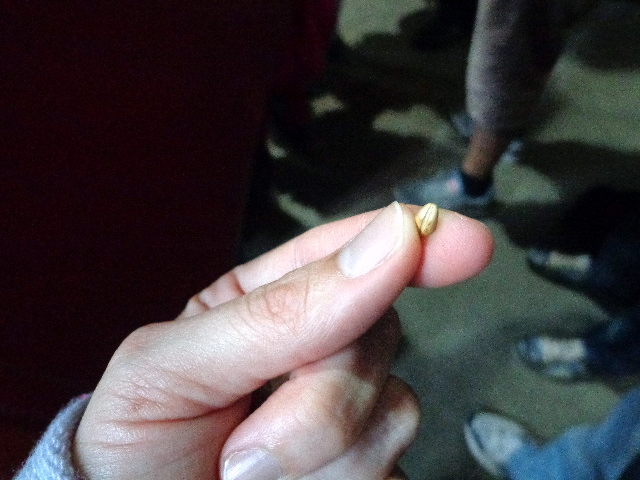 Malty!  Our tour guide was wonderful.  The brewery is undergoing renovations currently, which is why we were not able to move around as much, but just standing and learning about BB’s history was a ton of fun.  We heard a variety of anecdotes that were hilarious and even a little touching!

I was delighted to see several families on the tour, but, of course, for those over 21 drinking was encouraged. 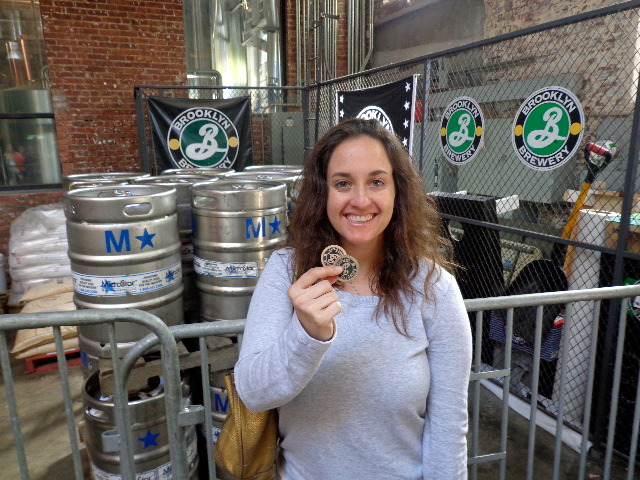 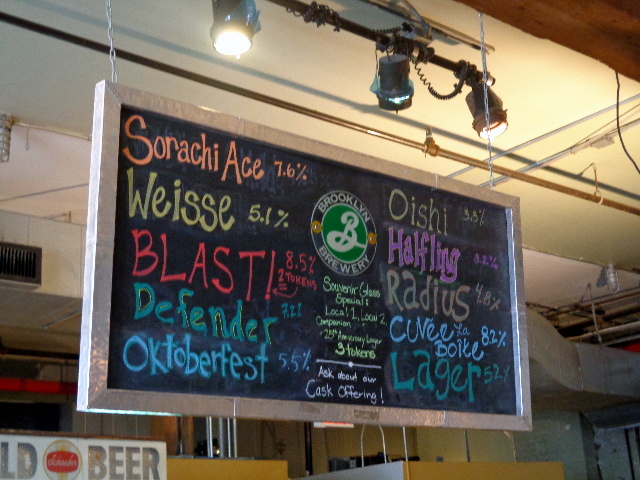 Adam and I shared an Oktoberfest during the tour. 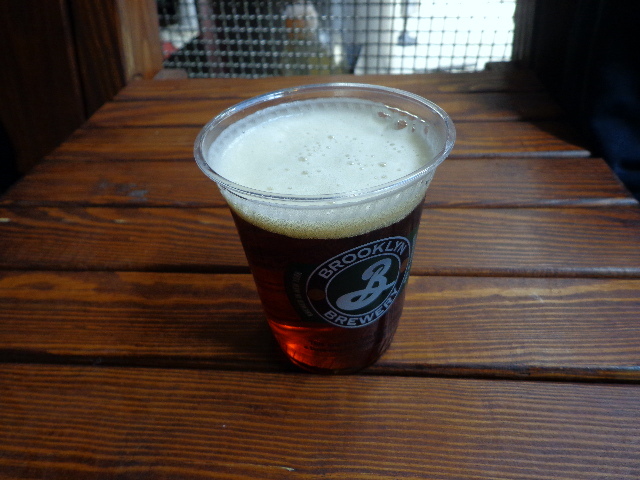 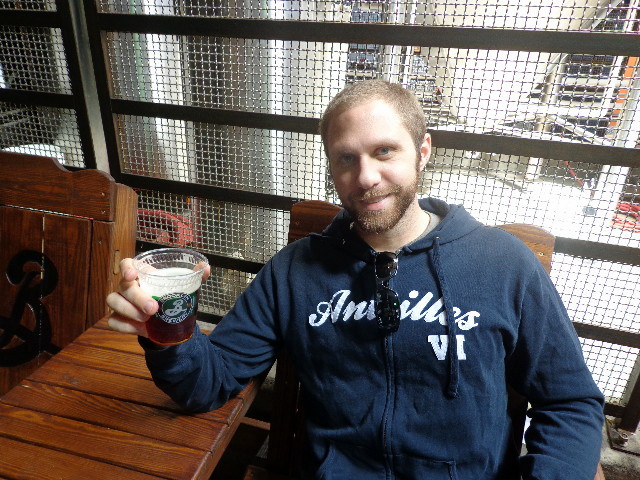 I liked my first few sips but felt like the hops built up and created an unpleasant aftertaste later on (the husband gave it two thumbs up the whole way through). 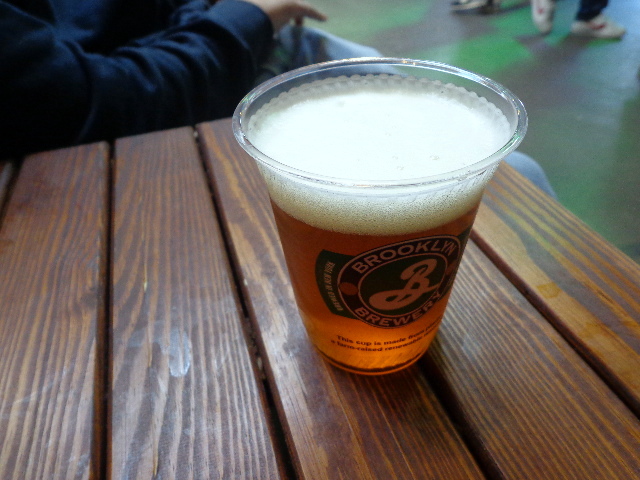 “A Belgian-inspired beer in the “Grand Cru” style, subtly infused with Lior’s unique blend of Mishmish N.33 (lemon, saffron, crystalized honey), fresh kaffir lime leaves, and rare Espe- lette peppers from the French Pyrénées.”  When we asked the bartender about it she described it as “very sweet, very high-alcohol” – that sounds like me! 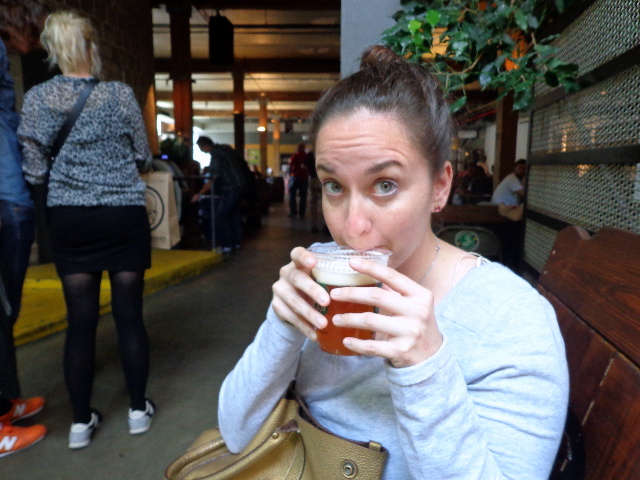 We both loved it.

With the taste of beer on our lips, we set out on foot for 1.7 miles through Williamsburg. 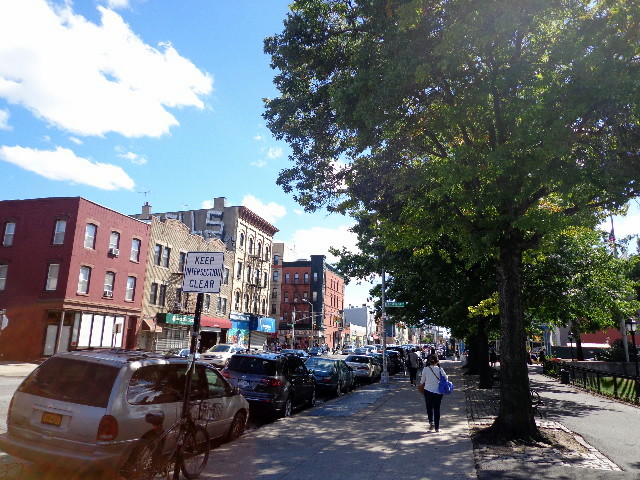 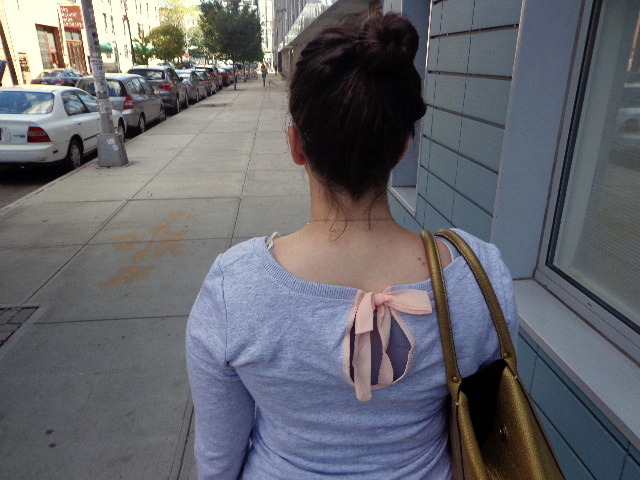 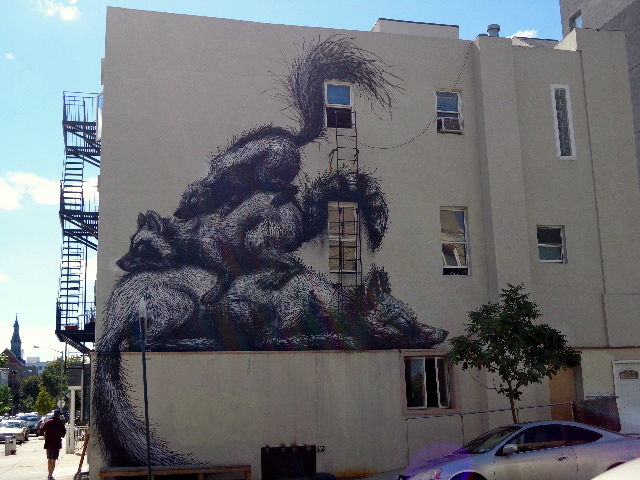 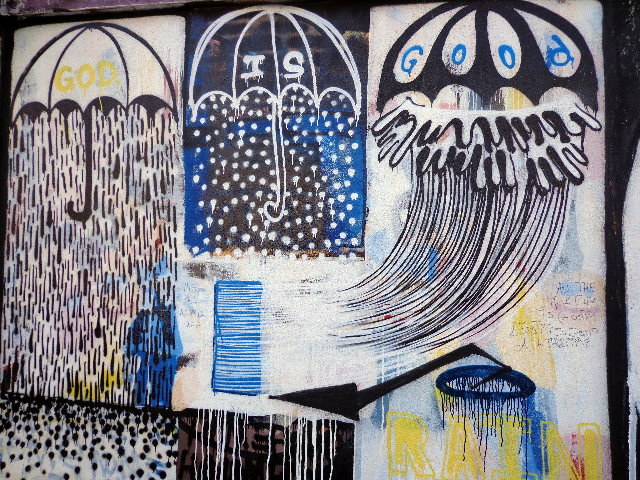 I will always be loyal to Park Slope, but Williamsburg is quickly becoming my 2nd favorite part of Brooklyn.

Our final destination was Dunwell Doughnuts, an all vegan doughnut and soda shop. 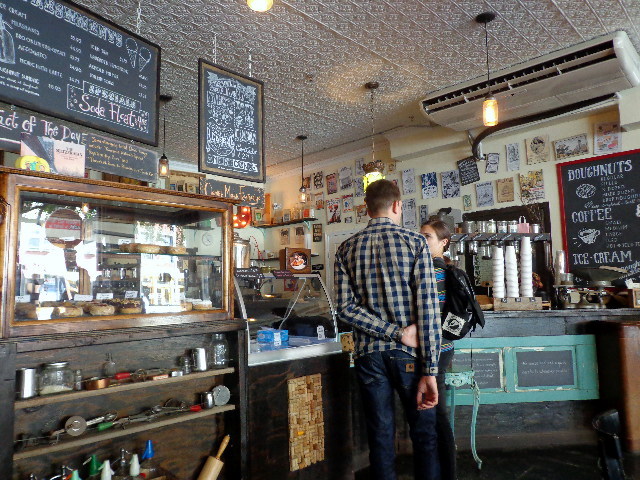 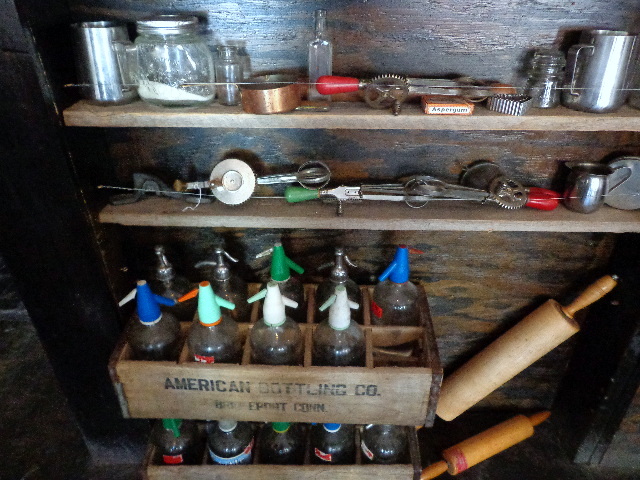 The space was adorable, but we were quite disappointed with the day’s selection. 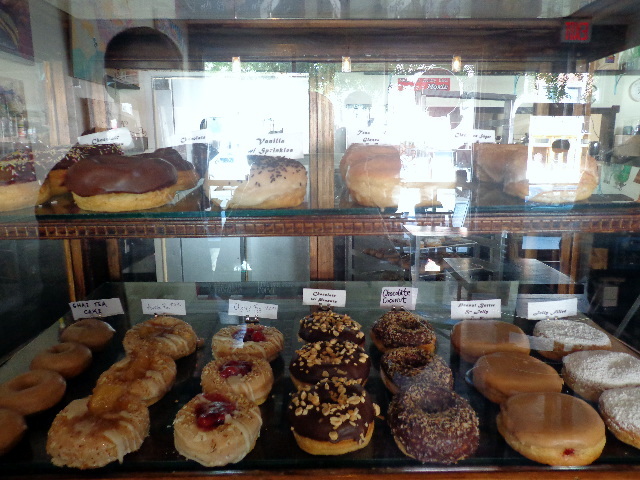 You make more than 200 varieties of doughnuts – including S’mores, Rose with Dark Lavender, and Pink Lemonade – and half of your offerings are chocolate, chocolate with sprinkles, and chocolate with peanuts?!!  So disappointing.

We shared a PB&J. 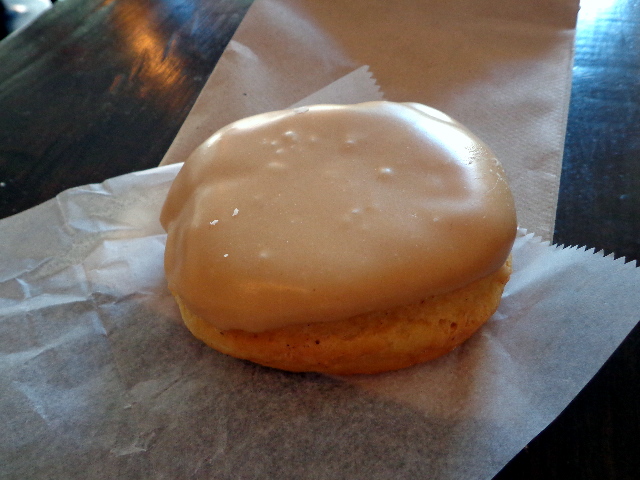 We argued a bit about the flavor, but Adam ended up loving it.  I was impressed by the fancy jam filling (seeds and all!) but overall a bit underwhelmed.

At least we found other fun treats on our walk back to the car {shown tomorrow in my weekend wrap-up post}.  And we hit up a pet-store near our house so Webster could get into the fun. 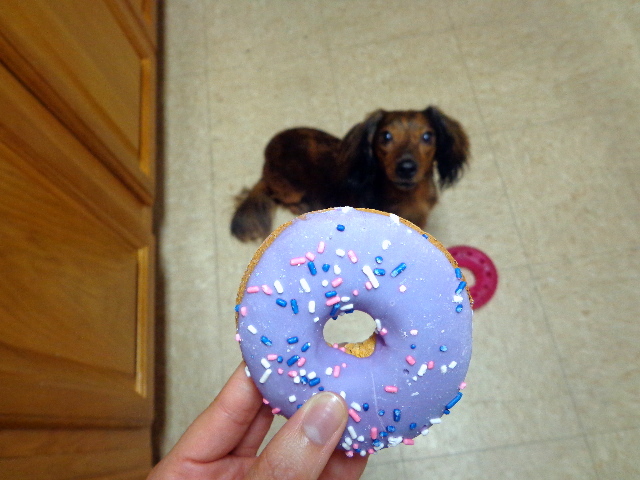 A doughnut for my hot dog.

Did/do you watch “The Simpsons?”

One thought on “Homer Simpson Approved”