Just wanted to pop in and share a few of the things that are rocking my world lately.  I highly suggest making them a part of your upcoming weekend.

A YouTube series that features Neil Patrick Harris acting alongside puppets.  It’s smart and funny (and punny!) and occasionally Neil’s equally adorable husband pops in for a cameo.  The video embedded above is my favorite {I laughed so hard at the penis puns that Adam came in from the other room to make sure I was ok} but if you haven’t seen Joss Whedon’s “Dr. Horrible’s Sing-Along Blog” then the intro won’t be as earth-shatteringly funny to you.

This NBC crime drama was canceled in 2009 but is currently available on Netflix Instant-Watch.  This show is funny like you wouldn’t believe and you end up loving all of the characters a surprising amount.  I watched the finale the other day and was very pleased with it.  I even went so far as to tell Adam that (aside from Whedon’s stuff) this might be my all-time favorite tv show!

3. The gummy candies in the Nice! line from Duane Reade. 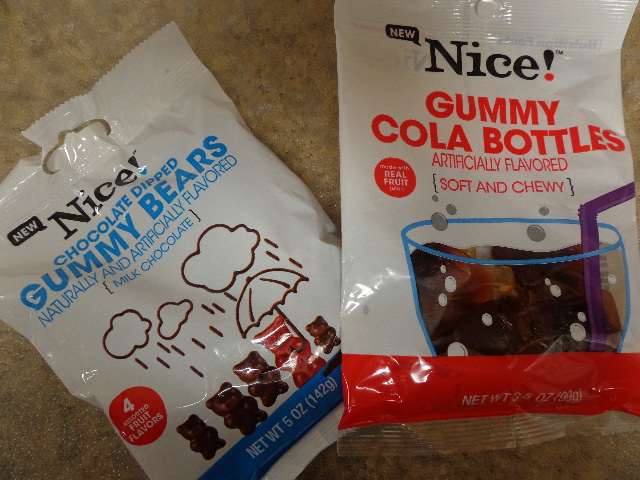 The gummy cola bottles are the best I’ve ever had (even better than Haribo, shockingly) and the chocolate dipped gummy bears are simply the best candy of all time.  I am obsessed with them.  Pick up a few bags this weekend for while you’re watching “Life” and “Neil’s Puppet Dreams!”