Whoops, guess I do have time for a lunch post!  I decided that since I’m staying for lab tomorrow 12 straight hours on campus today was a bit much….so I went home!  Plus my arm was sore, but more on that in a minute.

Breakfast was the last of my samples from Zone Perfect,

Peanut Butter Cookie Dough Bar.  I’ll say it again, Yuuuuum!  I was not expecting to fall in love with these, but I totally did; if I see them at Wegmans more will be purchased.  The texture was very pleasing and the pb flavor was perfect.  It was just sweet enough.

I had some time after Library (I always get out early because the assignments are pretty basic) and I manged to get the Orgo notes I missed yesterday copied.  I hate missing class 😡

110’s lecture today was all about MILK.  We learned all about cooking milk, the nutrient properties of milk, and how milk is made into cheese(s), cream, buttermilk, etc.  Nothing about ice cream though now that I think about it.  The lecture was pretty fascinating; I learned a lot more about homogenization and pasteurization.

Pasteurization – or ultrapasteurization which cooks at the highest temp for the shortest time and has the least impact on flavor – is used to kill pathogenic bacteria.  Basically, it takes away all of the bacteria that can make us sick.  The bacteria that lead to spoilage are not affected, which is why you have to refrigerate milk.  Evaporated milk and dry milk powder are processed in a  different way that allows them to be stored for a longer time.

Homogenization doesn’t deal with bacteria – which is why non-homogenized milk is not illegal in most of the US like raw milk is.  Milk is ~ 87% water, and homogenization is the process that keeps the milk solids from separating out.  In the olden days milk bottles had a thicker layer of fat (cream) at the top due to the separation as they sat.  If you are making your own cheese you have to use nonhomogenized milk.

After class I decided to be a responsible adult and get my flu shot for the season.

I think it’s also a responsible adult thing to reward yourself for a sore arm; cinnamon bun latte anyone? 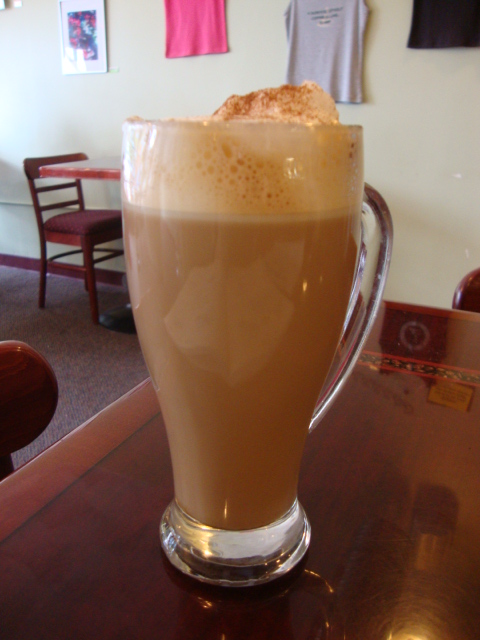 This actually didn’t have a strong flavor (it wasn’t sweet at all), but the scent was delectable!  I sat in the coffee shop near my house and sipped while reading Orgo.

Then I came home and ate my final serving of pumpkin pasta leftovers for lunch. 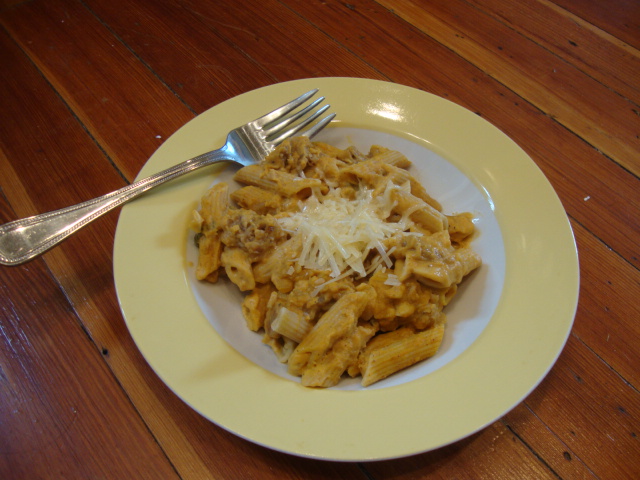 This stuff just gets better and better as it sits!

I have to get back to Orgo, but I’m going to much on this Paula Red apple while I study – 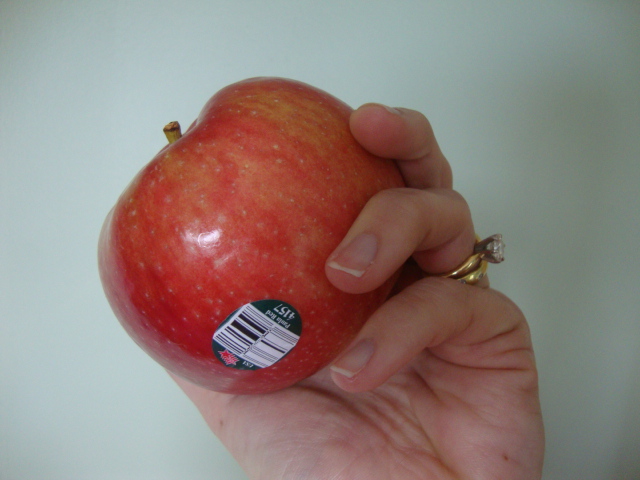 Have you gotten your seasonal flu shot yet?  Do you get a flu shot each year?